10 players to watch as the Championship season gets underway

QPR's Moroccan magician, Norwich's £12m Brazilian creator and the new signings hoping to fire their clubs back to the Premier League... 10 players to watch out for in the new Championship season

The new Championship season gets underway this weekend - in July! - with supporters of every team cherishing these moments of peak optimism before a ball has been kicked and reality sets in.

Burnley, relegated from the Premier League at the end of last season, opened the action with a 1-0 win at Huddersfield on Friday night.

As part of our Championship build-up, here are 10 players to keep an eye on this season. 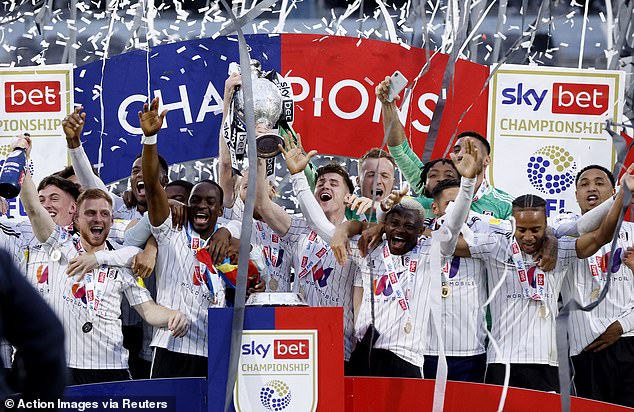 Fulham won last season's Championship title - but who will follow in their footsteps this time?

Watford have fallen into the yo-yo team category alongside Fulham and Norwich following two relegations and one promotion in the last three years.

The target at Vicarage Road is once again to get back to the Premier League at the earliest opportunity and Rob Edwards, who has come in from Forest Green Rovers, will be sat in football's hottest hotseat.

Watford's notoriously impatient owners have made some funds available and the headline summer arrival is Ivory Coast international forward Bayo, signed from Belgian club Charleroi for around £5million.

He struggled to make much impact at Celtic but scored a fair number of goals at Toulouse in the French second division and then in the Belgian Pro League to attract Watford's interest.

Edwards will be praying Bayo hits the ground running in English football to avoid getting the boot by the autumn. 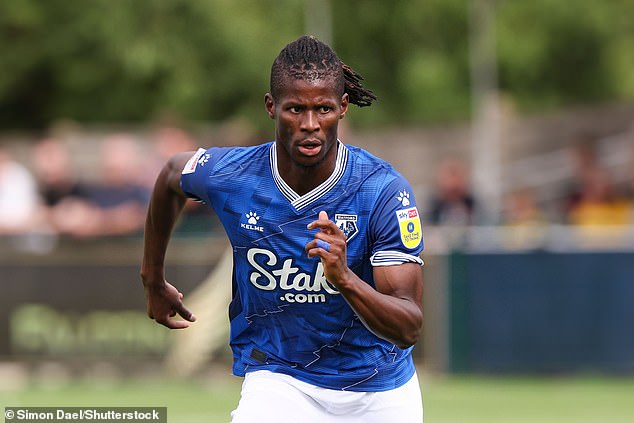 Vakoun Issouf Bayo, an Ivory Coast international, is the eye-catching arrival at Watford

It's little surprise the bookmakers make Norwich City the favourites in the promotion race - they've won the Championship in style on their last two visits, only to suffer immediate relegation back.

Business has been pretty slow in the transfer market for Dean Smith, who has nonetheless kept the core of his team together.

However, there has been one eye-catching signing - the purchase of Brazilian attacking midfielder Gabriel Sara from Sao Paulo for £12m including add-ons.

Sara describes his move as a 'big moment in my career' and he showed in Brazilian football that he does possess an eye for goal.

Canaries fans will hope he has a similar creative impact to Emiliano Buendia, who was the Championship's Player of the Season in 2020-21.

A summer of significant change at Burnley after their six-season spell in Premier League football came to an end.

Vincent Kompany, the former Manchester City captain, has taken charge and money has been spent despite concerns over the financial impact of their relegation.

Acquisitions include Scott Twine, a £4m buy from MK Dons and last season's League One Player of the Season after scoring 20 goals and providing 13 assists in what was his first - and last - season with the club.

The Clarets hope Twine's confident style of play will exemplify a shift from the physical approach of the Sean Dyche years.

If he gets anywhere near the same returns as he did at MK last season, Burnley have every chance of making an immediate comeback to the top flight. 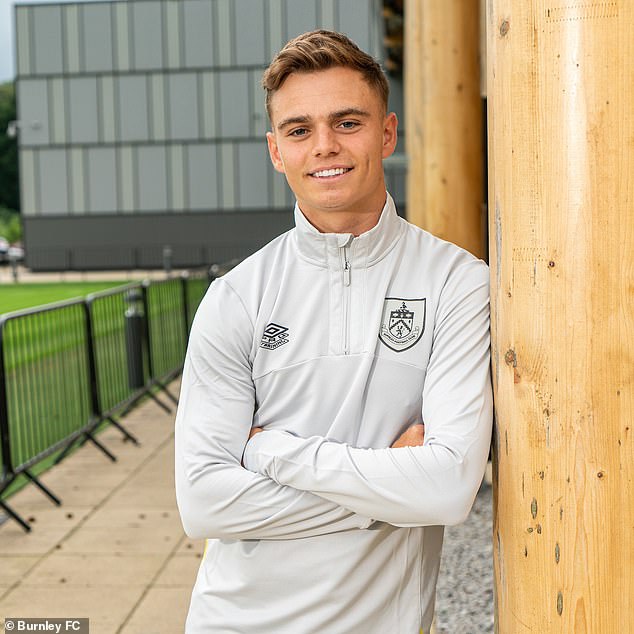 No, not the one you've seen on your television screens during the Women's Euros... 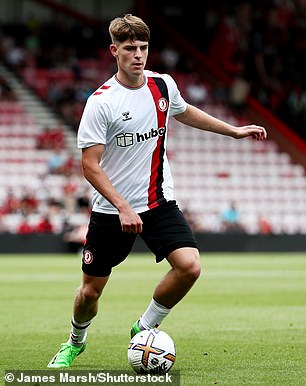 The 18-year-old Bristol City midfielder has just helped England win the European Under-19 Championship so should spring into the new campaign brimming with confidence.

The Robins signed Scott from Isthmian League club Guernsey - he was born on the island - in 2020 and he has since established himself as a regular in Nigel Pearson's team.

Last season was a real let-down at Ashton Gate as City finished a lowly 17th despite scoring a fair number of goals, so everyone, not least Pearson, will be hoping for a lot more.

Keeping hold of Scott as well as bringing in Kal Naismith from Luton and Kane Wilson from Forest Green - he was Player of the Season as they won League Two - should offer grounds for improvement.

Preston showed some encouraging form after Ryan Lowe took over as their manager last December and, now with a full pre-season under his belt, they'll be expecting to improve on their eventual 13th place finish.

They have recruited well, taking talented youngsters Troy Parrott and Alvaro Fernandez on loan from Tottenham and Manchester United respectively.

Another coming in is midfielder Woodburn after the expiration of his contract at Liverpool, a club he first joined at under-7 level.

Woodburn worked his way through the ranks and would make 11 first-team appearances for the Reds in between various loan spells in the last few seasons.

A Wales international, he should have the qualities to do well in the Championship. 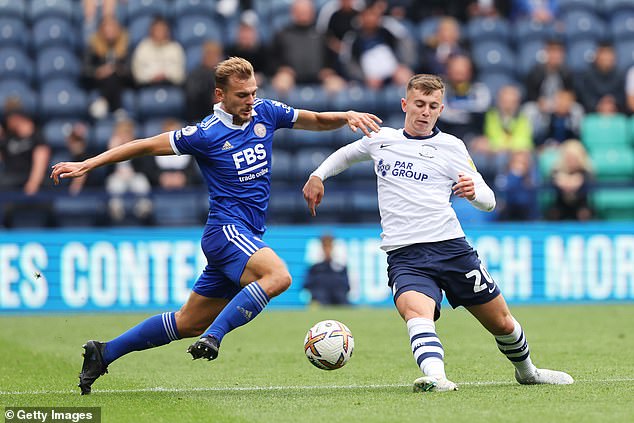 The Moroccan is hardly a new name to Championship followers but Chair will be more important than ever if QPR are to make a sustained push for promotion this season.

Mark Warburton has gone after they blew a play-off space in the final weeks of last season with Michael Beale, former Liverpool youth team coach and assistant to Steven Gerrard, picking up the baton.

The Moroccan scored nine Championship goals last season - his best return yet - and his wizardry is vitally important to Rangers.

The side will likely have a similar look and they have done well to hold on to Chair. 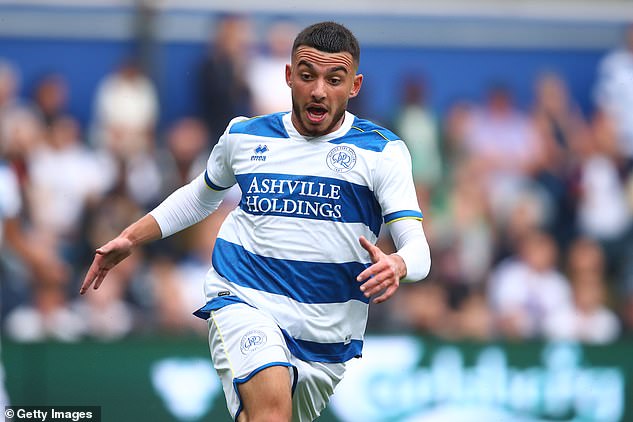 Another teenager who has just won the Euros with England. Jebbison is hoping to make what would be a second breakthrough at Bramall Lane.

During the lockdown season of 2020-21, Jebbison scored for the Blades shortly before their top-flight relegation in a match against Everton. He was the youngest player to score on their first Premier League start.

But at the beginning of last season, Slavisa Jokanovic decided to send him out on loan at Burton Albion in League One.

Jebbison did well, scoring nine times for the Brewers, and was recalled in January. He was restricted to cameos off the bench on the whole, however.

He will hope more opportunities come his way in the year ahead but at just 18 he certainly has time on his side. 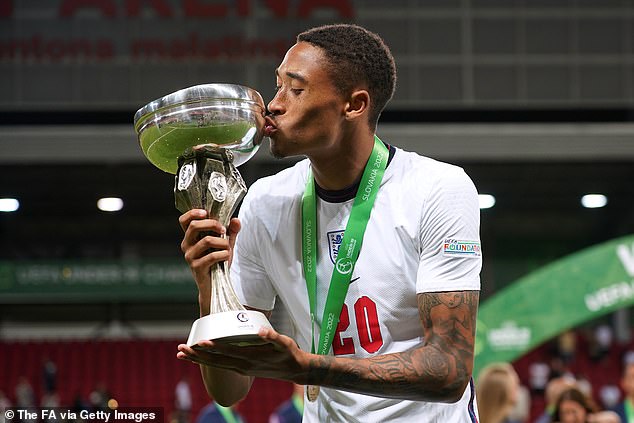 The Baggies were unable to make it straight back to the Premier League and their 2021-22 season fizzled out in a very disappointing fashion.

Steve Bruce has earned promotion from this league four times in the past, however, and they have recruited well in an effort to be in the promotion conversation.

John Swift, a reliable creator of chances who scored 11 times last season and assisted with 13 more in a struggling Reading side, should help them break down opposition defences.

Swift, 27, knows the Championship well having accumulated 217 appearances in the competition with Reading and his loan spells at Rotherham and Brentford when a Chelsea player. 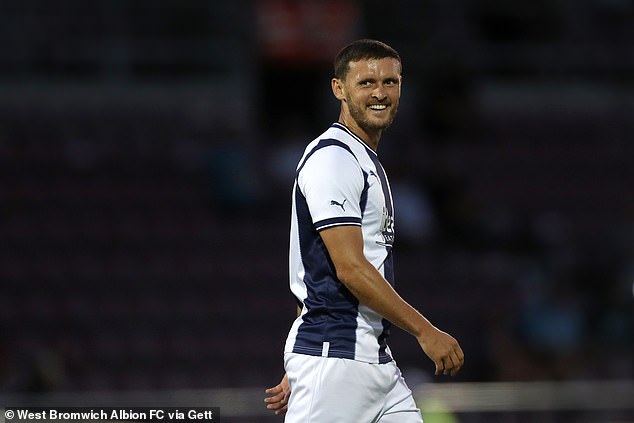 Millwall remained in play-off contention last season until the final few weeks and there's no reason why Gary Rowett's team shouldn't repeat that in the season ahead.

A statement of intent came with the club record £1.6m signing of forward Zian Flemming from Dutch side Fortuna Sittard.

Flemming, who hails from Amsterdam, had a decent scoring record in the Eredivisie with returns of 15 and 12 goals in the last two seasons.

The Lions have also signed striker Benik Afobe from Stoke and attacking midfielder George Honeyman from Hull so should have a decent attacking threat.

Chris Wilder guided Sheffield United into the Premier League and Middlesbrough will hope he can repeat the trick with them.

Among incoming summer signings has been left-sided midfielder Ryan Giles, on a season-long loan from Wolves.

The 22-year-old may not have featured much for Wolves but he has extensive Championship experience having had previous loans with Coventry, Rotherham, Cardiff and Blackburn.

Plenty of clubs at a similar level were in for Giles but Boro could well be the perfect fit. 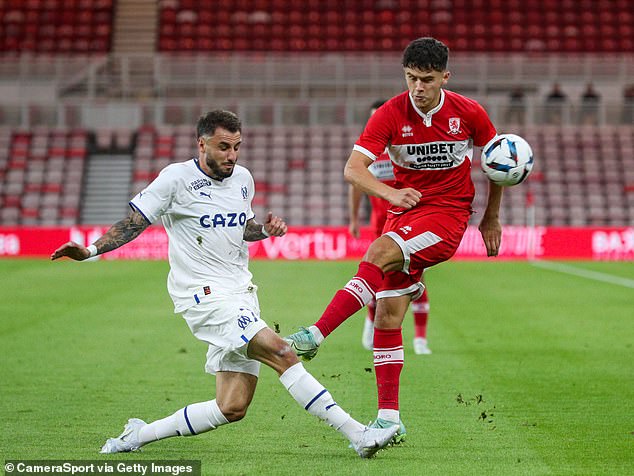 This news item was provided by the EFL Championship News, Fixtures and Results | Mail Online website - the original link is: https://www.dailymail.co.uk/sport/football/article-11054173/10-players-watch-Championship-season-gets-underway.html?ns_mchannel=rss&ito=1490&ns_campaign=1490