The Championship, League One and League fixtures are out on August 21

The fixtures for the 2020/21 EFL season will be revealed at 9am on Friday. Find out how you can follow the announcement with Sky Sports.

The campaigns in the Championship, League One and League Two will begin on September 12, as previously announced, while the regular seasons in all three divisions will conclude on May 8/9, 2021.

The Championship will feature 13 midweek match rounds, while League One and League Two will have 11 respectively due to the delayed start to the new season amid the coronavirus pandemic.

The season will conclude with the play-off finals to be held at Wembley Stadium over the Spring Bank Holiday weekend May 29-31, 2021.

All the key dates and detail ahead of the new football season...

Meanwhile, several changes have been implemented for the Carabao Cup competition next season.

The first four rounds will be held during the month of September, with the two-legged semi-finals being replaced by a single tie.

The first round of the competition - which will officially mark the start of the EFL season - is scheduled to take place on September 5, but due to the international window may be played on alternative dates.

The following three rounds will then be played on consecutive midweeks starting September 15/16.

Premier League sides will enter the competition in the second or third round if they have qualified for European competition.

The first-round draw has already taken place, with Barrow visiting Derby for their first game in the competition since the 1971/72 season, while Newport will host Swansea.

The EFL Trophy, formerly known as the Leasing.com Trophy, will begin on September 7 and culminate at Wembley Stadium on March 14. The first-round draw has also been held, with Salford and Manchester United being drawn in the same group.

Broadcasting plans for the Sky Bet EFL, Carabao Cup and EFL Trophy will be confirmed in due course.

Other dates for your diary 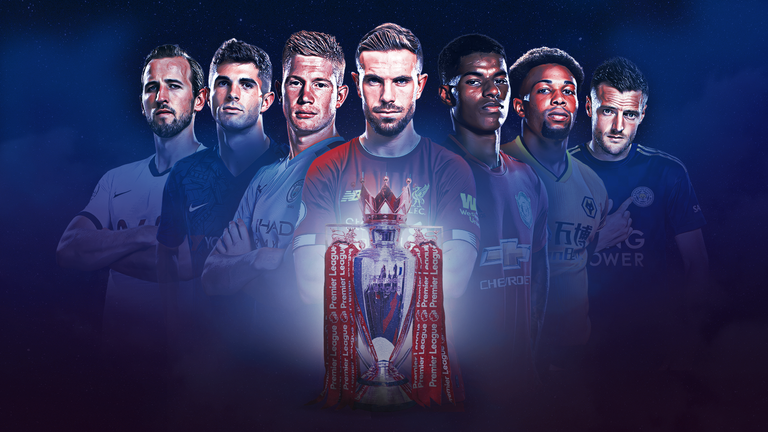 The new, rearranged Premier League campaign will run from Saturday September 12 through to Sunday May 23, 2021.

Next season's Champions League group stage will get underway on October 20, at the same time as the Europa League's group stage return.

The Community Shield will take place at Wembley on Saturday August 29, the FA has confirmed. The traditional curtain-raiser for the new season will see Premier League champions Liverpool play Arsenal.

The match will be immediately followed by an international break from September 2 to 10, with England facing Iceland and Denmark.

The national team football windows of October and November 2020 will now feature triple-headers instead of double-headers, allowing the postponed European Qualifiers play-offs to be rescheduled at the beginning of the respective windows, on October 8 and November 12.

The FA Cup third round is scheduled for January 9 2021 - and replays have been scrapped this season.

Euro 2020 will now take place from June 11-July 11, 2021. The 12 original host cities have been confirmed as venues for the rescheduled tournament.

Football calendar: All the new dates

The football continues and a new calendar is taking shape. From domestic and continental competitions to the new European Championship schedule, keep track of all the confirmed dates so far.

This news item was provided by the SkySports | News website - the original link is: https://www.skysports.com/football/news/11688/12053282/sky-bet-efl-2020-21-season-fixtures-announced-on-friday