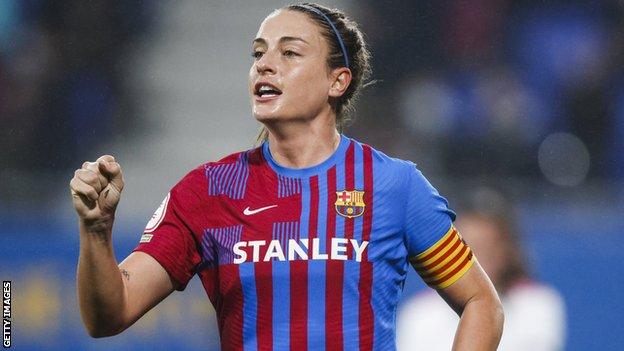 Barcelona's Alexia Putellas has been named the Best Fifa Women's Player of the Year and Chelsea boss Emma Hayes has won Women's Coach of the Year.

Spain midfielder Putellas, 27, now holds both of the highest individual awards in world football, having won the Ballon d'Or in November.

She helped Barcelona win a domestic double as well as their first ever Women's Champions League last season.

Hayes led Chelsea to the English league title and the Champions League final.

The men's award was won by Poland and Bayern Munich striker Robert Lewandowski.

She has been the standout player in a star-studded, all-conquering Barca side who brushed aside Women's Super League winners Chelsea 4-0 in the Champions League final and retained their Primera Division title by dropping just three points all season.

It led to Putellas claiming a string of awards in 2021, being named Uefa Women's Player of the Year, Spain women's national player of the year and topping the Guardian's list of the 100 best women's footballers.

Alongside Hermoso, who finished top scorer with 31 goals in last season's Spanish top flight, she will lead Spain's hopes at this summer's Women's Euros in England.

"I am thrilled," she said. "I would like to thank all my team-mates and also congratulate them because this award is for all of us."

Kerr's place on the shortlist rounds off an impressive 2021, having finished top scorer in the Women's Super League as Chelsea claimed the domestic title and also reached their first Champions League final.

There was double success in the coaching category for Chelsea, with Thomas Tuchel taking the men's award to match the achievement of Hayes.

'I am not usually stunned' - Hayes takes coach award

Hayes, 45, claimed back-to-back WSL titles with the Blues, their third in four years, and completed the domestic treble by winning the Women's FA Cup and League Cup, as well as taking the club to their first Women's Champions League final.

"I am not usually stunned like this. It is all down to the players. A coach is only as good as who they have around them and I have brilliant people around me."

Canada's Christine Sinclair was presented with a special award, recognising her as the highest scorer in either men's or women's international football - the 38-year-old has 188 goals in 308 games for her country. 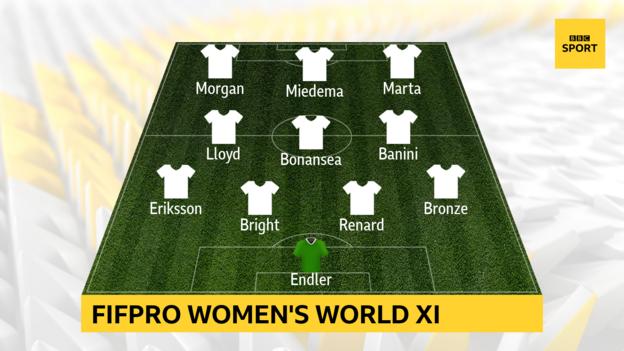 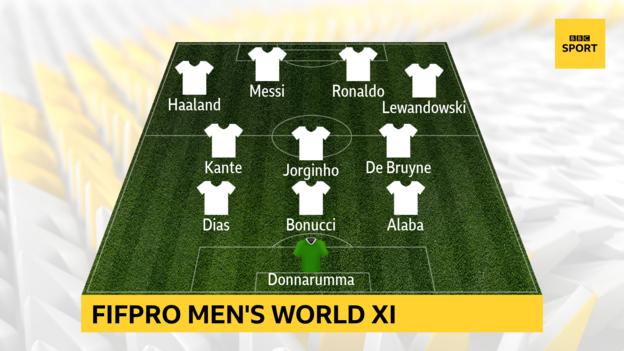 This news item was provided by the BBC Sport - Football website - the original link is: https://www.bbc.co.uk/sport/football/60024502?at_medium=RSS&at_campaign=KARANGA