Leeds are closing in on promotion - but will West Brom follow?

Leeds could end a 16-year exile from the Premier League this week, while West Brom and Brentford face crucial games as the Championship promotion race nears a thrilling conclusion.

The second tier is famed for its unpredictability and, incredibly with just three games to go, there is not a single team mathematically guaranteed to be in the division …

Why is Gareth Bale behaving like he is at Real Madrid?

While Zinedine Zidane is not generally regarded as being tactically the most sophisticated in the world, the trust and understanding he builds with all of his players is frequently cited as being second to none and the key to his success.

He understands them, he was one of them. He gives chances to anyone.

Gareth Bale would beg to differ.

It would be wrong to say their relationship has broken …

Who is David Prutton tipping for victory in the Sky Bet Championship in the midweek round of games? Find out here... 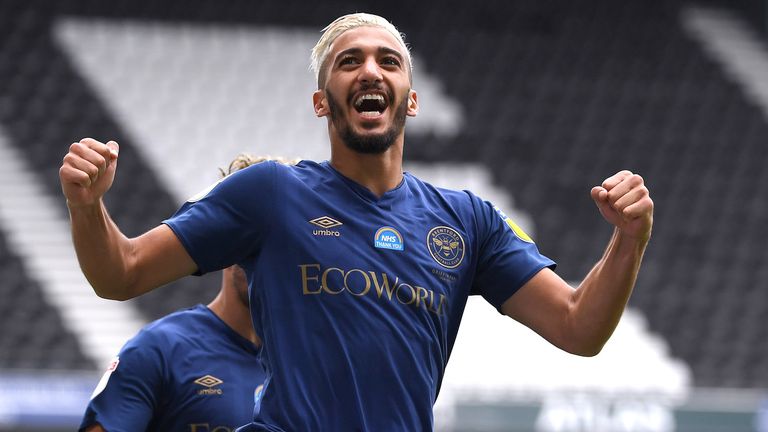 Brentford have been brilliant since the restart, and I can't really praise them enough. They have been relentless in their pursuit of automatic promotion.

As lead singer with rock band The Cold Blooded Hearts, Wycombe boss Gareth Ainsworth knows a thing or two about belting out hits.

But by beating Oxford United in the League One play-off final to reach the Championship for the first time in the club's history, the …

In emotional social media post, Stoke winger says: "I receive and have received more abuse than any other player during my nine years in England" James McClean has accused the authorities, media and his Irish team-mates of failing to take action over the sectarian abuse he has suffered during his career.

The Stoke winger has been targeted by

Champions Liverpool were held by an in-form Burnley in the latest round of Premier League fixtures.

Manchester City had another big win as they beat Brighton 5-0, while Norwich were relegated after losing 4-0 to West Ham.

Sheffield United stunned Chelsea 3-0 to keep alive their hopes of playing European football next season, while Tottenham came out on top in the North London derby by beating Arsenal 2-1.

'I still can't believe that we are a Championship club': Manager Gareth Ainsworth in state of shock after Wycombe reach second tier for the first time ever after edging out Oxford Utd in League One play-off final

Leaders Real Madrid moved to within one win of the La Liga title after surviving a scare against Granada.

France defender Ferland Mendy opened the scoring with a ferocious finish from a tight angle before countryman Karim Benzema doubled the lead.

Manchester United manager Ole Gunnar Solskjaer says his players "will put it right" after they missed a chance to climb into the Premier League's top four by conceding an injury-time equaliser against Southampton.

Last weekend saw Norwich become the first side to be relegated from this season's Premier League, but which two clubs will join them in going down to the Championship?

"With three games left, Bournemouth and Aston Villa have both given themselves a chance," said BBC football expert Mark Lawrenson.

"But I still don't see them getting the points they need to climb out of the bottom three."