Paris Saint-Germain superstar and long-time Real Madrid target Kylian Mbappe has, on Sunday, provided an insight into his future.

The headline news surrounding ongoings at the Bernabeu this past summer of course came in the form of Real’s pursuit of Mbappe.

Despite the French international having had just a year to run on his contract with PSG, it is understood that Los Blancos tabled a mammoth … 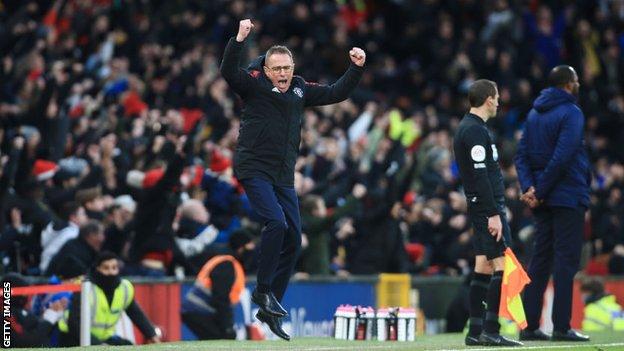 In his early days as Manchester United's interim manager, when eight games in 30 days make it virtually impossible to start implementing some

Premier League giants Arsenal have provided a fitness update on the club’s squad, ahead of their upcoming showdown with Everton.

Mikel Arteta’s men are primed to return to action in a little over 24 hours’ time.

In the last of the gameweek’s Premier League fixtures, the Gunners will make the trip to Goodison Park, eyeing a swift return to winning ways on the back of a disappointing …

Recent comments on the part of Luis Suarez could potentially explain why Lionel Messi has endured such a slow start to life at PSG.

Lionel Messi would join PSG over the summer, departing long-time club FC Barcelona in the biggest transfer story of the year.

With the Argentine reuniting with Neymar, as well as golden boy Kylian Mbappe, there was an expectation that PSG would go on …

A head-turning statistic has come to the fore online this evening, aptly highlighting the immediate influence of new Manchester United boss Ralf Rangnick.

The Red Devils were back in action earlier on Sunday, welcoming Patrick Vieira’s Crystal Palace to Old Trafford for a Premier League showdown.

The buzz ahead of kick-off in Manchester of course surrounded the aforementioned Rangnick, who, on the back of Michael Carrick’s …

Arsenal boss Mikel Arteta has responded to talk of a potential rift between himself and Gunners captain, Pierre-Emerick Aubameyang.

Aubameyang is once again in the midst of a fairly poor patch of form.

The striker enjoyed a purple patch between gameweek four and gameweek nine of the Premier League season, which saw him score four and assist one.

However, since then, Aubameyang has not registered …

Leeds United boss Marcelo Bielsa has spoken out over the wellbeing of all of Kalvin Phillips, Liam Cooper and Pascal Struijk, on the back of his side’s meeting with Brentford.

Bamford at the death

The Whites marked their return to action a short time ago, in one of a trio of lunchtime Premier League kick-offs.

Recent social media activity on the part of Trevoh Chalobah has got some Chelsea fans talking about a potential transfer.

For those who do not know, Chelsea have been linked with a move for Sevilla stopper Jules Kounde for some time now.

The links to the Frenchman emerged back in July, which is also when personal terms are understood to have been agreed between the …

Tottenham Hotspur star Sergio Reguilon has, on Sunday evening, provided fans of the club (and Fantasy Premier League managers) with an update on his wellbeing.

Son amongst the goals

Spurs were of course back in action a short time ago.

After returning to winning ways by means of a 2-0 downing of Brentford during the week, the Lilywhites welcomed relegation-battling Norwich City to north London, no doubt confident in …

Ralf Rangnick said his Manchester United side performed "better than expected" as he began his reign as interim manager with a narrow victory over Crystal Palace.

A more energetic United display looked like going unrewarded against