Ayew: Today’s fight is for next generation’s equality

"I remember playing in Russia in the Europa League versus (Zenit) St. Petersburg, getting bananas thrown everywhere." 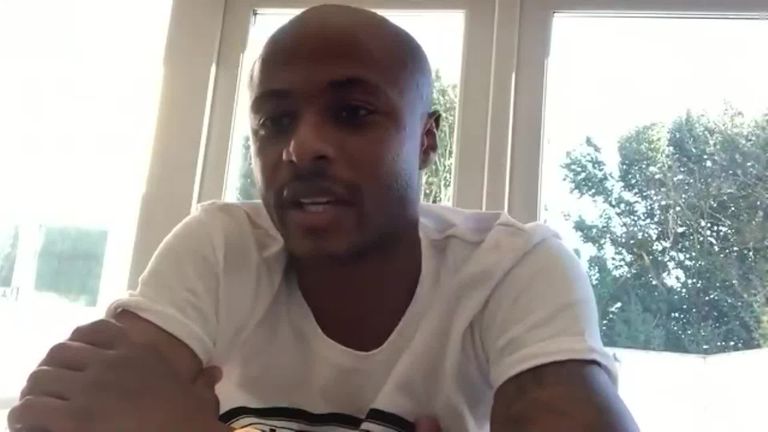 4:06 Swansea forward Andre Ayew says the fight for racial equality must continue for the sake of the next generation

Andre Ayew feels the Black Lives Matter movement may not achieve equality for this generation, but he hopes it will for the next.

The Swansea and Ghana forward spoke to Sky Sports News about his personal experiences of racism and said while the problem will not be solved overnight, people must be confident that their work to fight social injustice will eventually prevail.

Sport across the world has come together through the Black Lives Matter movement to fight for change after the death of George Floyd on May 25, after a white Minneapolis police officer knelt on his neck for more than eight minutes.

Ayew told Sky Sports News: "I think the movement can achieve what we all want - equality, that's all.

"We've been through this so long that we just feel like enough is enough. Let everything be okay for everyone, let's just let it be equal for everyone. 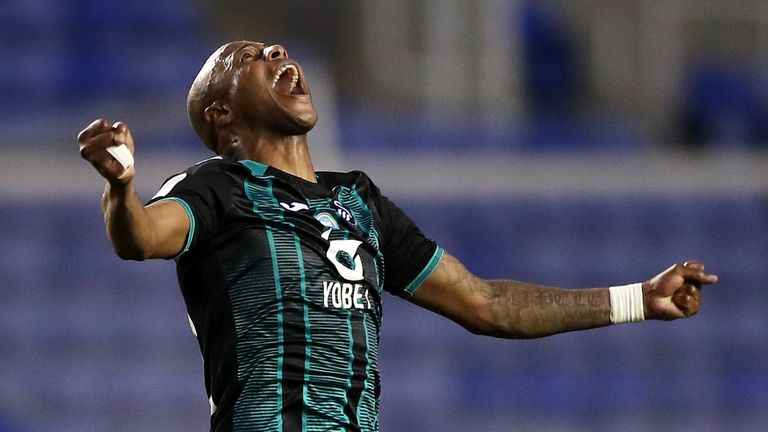 "It's going to be hard but if we all keep believing and feeling like everything we're doing is right and for the right cause, then I think that we'll make it.

"Everything goes with a process. Start every day, move forward, higher and higher - and I feel like people are understanding what we mean.

"When I feel not only black people standing and talking about it, even white people, then you know that you're starting to get somewhere.

"It's going to be very hard but we need to keep believing in what we're doing and get the equality that we want to get, that's the main thing.

"At the end of the day, maybe this generation will not enjoy that equality but the next one will get it if we keep doing what we're doing." 1:34 Calen Carr says the MLS players have a big role to play in the fight against racism and inequality.

Calen Carr says the MLS players have a big role to play in the fight against racism and inequality.

Ayew, who signed for Swansea in 2015 having previously played in France with Marseille, also said that it wasn't easy moving to Europe as an African - but his father Abedi, a former star player, and others such as Didier Drogba and Samuel Eto'o paved the way for Africans to follow.

He said: "If you look back to the years before my dad's time, it was even worse than now. These players like my dad paved the way for everyone to come in and prove that black people can do the job in Europe.

"I remember playing in Russia in the Europa League versus (Zenit) St. Petersburg, getting bananas thrown everywhere.

"People have gone through worse, I'm talking about my personal experience, but I've seen friends going through things and I just feel like that's not how it should be.

"We need to make sure that we stamp our foot on the floor and make sure that it changes. Nothing's easy but we need to keep going and not give up in what we believe in. I think that can take the world to another level."

This news item was provided by the SkySports | News website - the original link is: https://www.skysports.com/football/news/11688/12067623/andre-ayew-black-lives-maters-movement-can-see-future-generations-experience-equality