Birmingham have appointed John Eustace as their new head coach on a three-year deal.

The 42-year-old replaces Lee Bowyer, who was sacked on Saturday after 16 months in charge.

Eustace's only previous managerial experience was a two-year spell in charge of Kidderminster between 2016 and 2018.

The former Stoke, Derby and Watford midfielder has more recently worked as an assistant manager. He spent four years at Queens Park Rangers as a No 2 before leaving last month, while he has also worked under Stephen Kenny with the Republic of Ireland since March.

Speaking to Birmingham's website, Eustace said: "I am very proud to be here. I am a Birmingham lad and I know the potential of the club and how important it is to the fans. 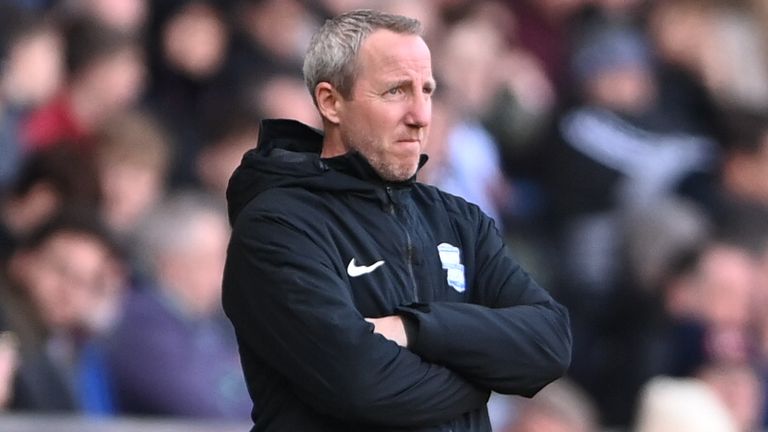 "We have underachieved in the past few seasons and a club of this size, with the support that this club has... we need to be aiming higher.

"I can't wait to get going, meet the staff and get my ideas across to the players out on the pitches as soon as we can.

"The big picture is to get us as competitive as we can, to build a team that the fans are proud of, to play exciting football and win as many games as we can.

"The first thing we have to do is get this squad competitive and ready for that first game of the season against Luton."

Bowyer led Birmingham to safety in back-to-back campaigns but his exit came amid attempts by the club's owners to sell up.

Former Watford owner Laurence Bassini had been in talks over a deal but his period of exclusivity expired after he missed a number of deadlines.

Bassini had made clear he intended to replace Bowyer if he took over the club.

This news item was provided by the SkySports | News website - the original link is: https://www.skysports.com/football/news/11688/12645194/birmingham-appoint-john-eustace-on-three-year-contract-to-replace-lee-bowyer-as-head-coach