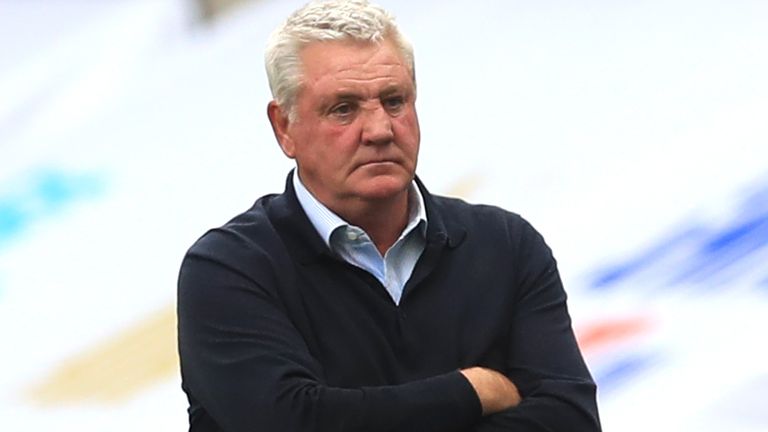 Steve Bruce has called on Premier League clubs to fund a rescue package for their struggling EFL counterparts amid a brewing financial crisis in the wake of the coronavirus pandemic.

Championship club Wigan became the latest club to go into administration last week, just a month after being taken over, and Newcastle head coach Bruce fears they may not be the last.

Bruce, who began his playing career in the lower leagues with Gillingham, said: "A million or two million quid in the Premier League these days seems to be nothing. In the lower leagues, that would probably keep them all going for a season.

"I remember having a conversation with the chairman of Gillingham about how hard it is now with no income, no revenue from the stadium and no supporters.

"They're finding it very, very difficult and I believe if we are not careful, we could see the collapse of lots and lots of teams, which for me will be sad. 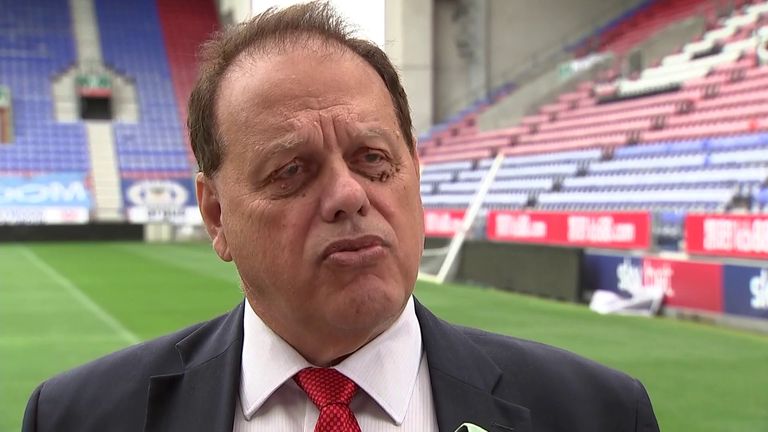 1:13 Wigan Athletic's joint administrator Gerald Krasner puts forward his timetable for the Championship club to be taken over by a new ownership

"I learned my trade in the lower divisions - I was at Gillingham a long, long time and I will be forever thankful that a small club gave me the chance.

"Can we find a couple of million quid and put it to the football clubs who badly need it? Because if we are not careful, we are not going to have a structure like we had.

"It's on the verge of, probably, collapse from what I am hearing from different managers and different chairman. It's been very difficult, especially for those lower league ones."

Asked if it was imperative to keep every league club going, Bruce replied: "Absolutely. Unfortunately in the last few years, we've seen clubs collapse and they've been going for a hundred years, some of these clubs.

"People in the lower divisions work tirelessly to keep their club going, the players, the staff, the chairman in these places. What happens to them if we don't do something about this?"

A Super 6 for Newcastle?

Do not miss your chance to land the £250,000 jackpot for a sixth time this season on Wednesday. Play for free, entries by 6pm.

This news item was provided by the SkySports | News website - the original link is: https://www.skysports.com/football/news/11688/12023484/newcastle-boss-steve-bruce-calls-on-premier-league-clubs-to-fund-rescue-package-for-efl