Tony Mowbray's Rovers twice came from behind thanks to goals from Danny Graham and Dominic Samuel before Armstrong produced one of the goals of the Sky Bet Championship season.

Cardiff's Will Vaulks had opened the scoring with another superb strike and Robert Glatzel put the Bluebirds back ahead after Graham's equaliser but they had not banked on Armstrong's effort. 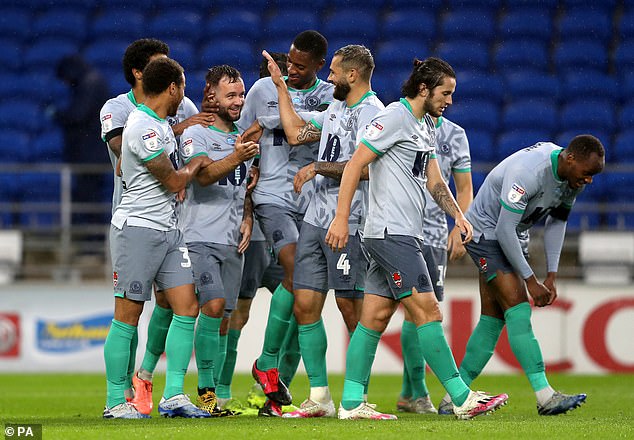 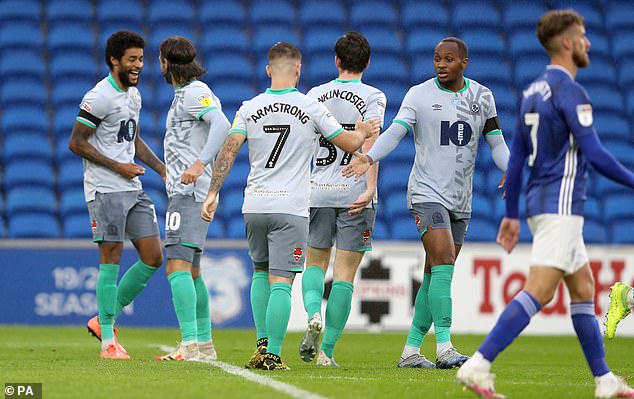 The Welsh side still remain in sixth place going into Wednesday's fixtures. Both teams wore black armbands and held a minute's silence in memory of Cardiff great Peter Whittingham who, died in March. Whittingham ended his career with Rovers.

Cardiff passed the ball nicely in wet conditions early on but it was Rovers who should have opened the scoring when Armstrong's cross from the left reached the far post, but visiting right-back Ryan Nyambe could only hook over. 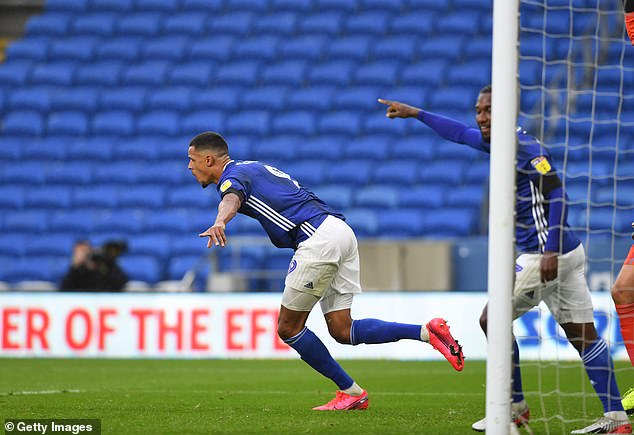 Cardiff's Vaulks responded by putting his side ahead with a moment of magic. Racing on to a Joe Ralls pass down the left, Vaulks looked totally bereft of options in the box.

He opted for an outrageous lobbed attempt on goal with the outside of his right foot as a result and his technique was perfect as the ball cleared Christian Walton in the Rovers goal.

Blackburn were not behind for long. Graham was the scorer after Darragh Lenihan's header from a corner hit the post and then Cardiff goalkeeper Alex Smithies, with the striker tapping in.

Ralls looked to get a shot away but did well to stay patient. The ball went to Murphy and then Joe Bennett, whose cross was turned in by the German striker.

Cardiff kept Blackburn waiting in the rain at the start of the second half and it proved to be a mistake. Curtis Nelson made a hash of a cross and then fell Samuel in the box.

It looked a clear penalty and although the shouts were waved away by referee Matt Donohue, it mattered little to Rovers as Armstrong put the ball straight back in and Samuel converted. 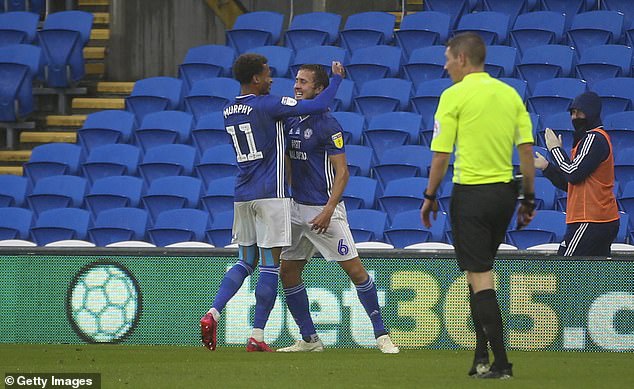 The goal gave Blackburn belief and both teams had chances in an open second half. Smithies was forced into a fine save to stop Samuel from putting Rovers ahead for the first time.

Armstrong then topped Vaulks' effort in the 70th minute. Cardiff's Leandro Bacuna gave the ball away in midfield and Armstrong struck the ball first time.

The ball sailed over Smithies to leave Cardiff shell-shocked and they could not respond despite Lee Tomlin and Callum Paterson appearing off the bench.

This news item was provided by the Championship News: 2019/20 Football Fixtures and Results | Mail Online website - the original link is: https://www.dailymail.co.uk/sport/football/article-8500221/Cardiff-2-3-Blackburn-Adam-Armstrongs-wonder-goal-sees-Cardiffs-play-hopes-suffer-setback.html?ns_mchannel=rss&ito=1490&ns_campaign=1490