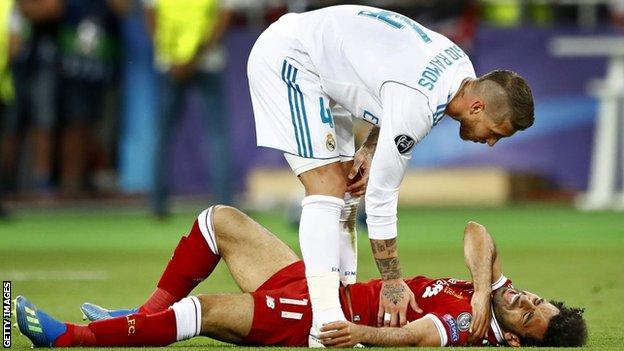 The 2021-22 Champions League final between Liverpool and Real Madrid is the latest instalment in a rivalry that has produced some of the most memorable moments in the competition's long history.

These two European heavyweights locked horns for the first time in the 1980-81 European Cup final and have met on seven occasions since, treating supporters the world over to fabulous goals, virtuoso solo performances and the odd sprinkling of controversy.

BBC Sport takes a look back at some of the most unforgettable moments this fixture has seen. 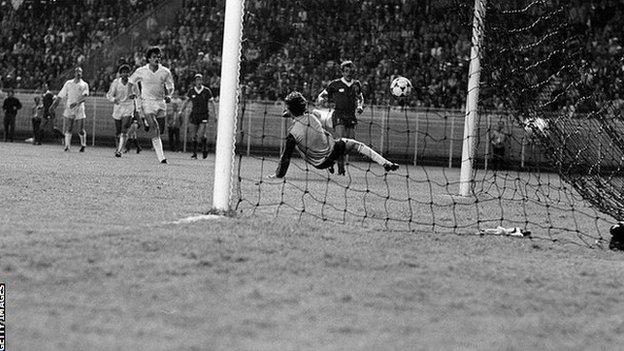 Alan Kennedy scored the winner in the 1981 European Cup final

The teams' latest meeting takes place almost 41 years to the day after the sides first did battle in another Paris showpiece.

In 1981, a scrappy, tactical encounter appeared to be heading for extra time until Liverpool's Alan Kennedy ran onto a throw-in from his namesake Ray, darted into the Real Madrid penalty area and found the far corner to seal the Reds' third European Cup success in five seasons.

Just weeks earlier, the left-back's hopes of featuring in the final - if Liverpool made it - appeared in tatters after he broke his wrist in the semi-final first leg against Bayern Munich.

"The doctor said it was a 10-week job," said Kennedy, who travelled to Paris the following month still unsure whether he would be playing. "[Manager] Bob Paisley told us the team when we got to the ground. It was a shock to be included, but once the manager gives you the go-ahead you tune yourself in and get ready to go." 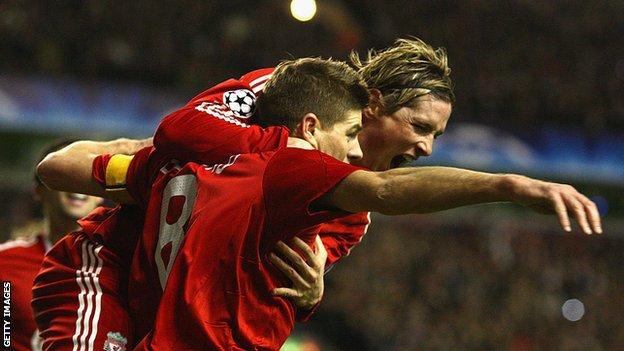 Real's first visit to Anfield, in the 2008-09 Champions League last-16 second leg, is still regarded as one of the finest European nights Liverpool's famous old stadium has ever witnessed - thanks largely to a breathtaking individual display from Fernando Torres.

The former Atletico Madrid striker had sustained an ankle injury in the Reds' 1-0 first-leg victory at the Bernabeu but returned with a vengeance to spearhead a Liverpool performance that underlined their European credentials under then-manager Rafael Benitez. The only mystery was how Torres didn't score more.

The Spanish frontman put Liverpool ahead after 16 minutes and could easily have had a hat-trick, with the excellent Real goalkeeper Iker Casillas twice denying his compatriot and preventing Benitez's team from winning by an even greater margin.

Captain Steven Gerrard scored twice on his 100th European appearance for the club, before Andrea Dossena sealed their comfortable passage to the quarter-finals - where they were beaten 7-5 on aggregate by Chelsea. 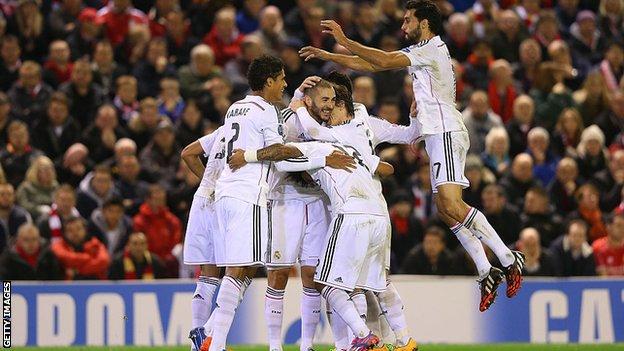 It was a very different story five years later. In a reversal of fortunes from the 2009 victory, it was Brendan Rodgers' Liverpool side who faced an exercise in damage limitation during the 2014-15 group stage as the visitors threatened to run riot with three goals in 18 first-half minutes.

Cristiano Ronaldo's wonderful opener broke the deadlock before Karim Benzema's double completed a dominant win that left the Anfield club with just three points from their opening three games. They would miss out on a place in the knockout stage, finishing third in Group B behind Madrid and Swiss outfit Basel.

Controversial striker Mario Balotelli, who had joined Liverpool for £16m that summer, incurred the wrath of manager Rodgers when he was spotted swapping shirts with Real defender Pepe at half-time. "It is not something I stand for," Rodgers said afterwards. "If you want to do that, do it at the end of the game. It is something we will deal with."

Balotelli was sent on loan to AC Milan at the end of the season.

Spearheaded by the fearsome trio of Mohamed Salah, Roberto Firmino and Sadio Mane, Liverpool arrived in Kyiv for the 2018 final on the crest of a wave.

Egypt international Salah in particular had defied all expectations following his summer move from Roma, scoring an astonishing 44 goals in all competitions - including 10 in the Reds' remarkable run to their first Champions League final in 11 years.

Jurgen Klopp's team started confidently against a Real side wary of Liverpool's attacking triumvirate, but the balance of power shifted midway through the first half when Salah sustained a shoulder injury in a challenge with Madrid captain Sergio Ramos.

The departure of their talisman, who left the pitch in tears, temporarily silenced the travelling Reds fans and lifted the La Liga side, who would go on to claim a third successive Champions League title in dramatic fashion.

At the half-time interval, Salah's premature departure looked like proving the main talking point of the 2018 showpiece, but there was plenty more to come in Kyiv.

In a second-half packed with incident, a calamitous error from Loris Karius gifted Benzema an opener six minutes after the restart before Mane's close-range finish restored parity.

Nine minutes later, Gareth Bale stepped off the bench to score one of the great goals in the competition's history.

The Wales international had only been on the pitch for two minutes and two seconds when he sent an unstoppable overhead kick past Karius - a strike the former Tottenham and Southampton player would later describe as his "best ever". Ex-England international defender Rio Ferdinand also declared it "illegal" during BT Sport's live coverage of the game.

There was also time for Karius to fumble a long-range Bale effort into his own net to compound Liverpool's misery and earn Zinedine Zidane his third Champions League triumph in as many years. But the night belonged to Real's Welsh wizard.

This news item was provided by the BBC Sport - Football website - the original link is: https://www.bbc.co.uk/sport/football/61366790?at_medium=RSS&at_campaign=KARANGA