CHAMPIONSHIP ROUND-UP: Bournemouth begin life back in the second tier with dramatic 3-2 win over Blackburn in Jason Tindall's first match in charge

Bournemouth began life back in the Sky Bet Championship with a dramatic 3-2 win over Blackburn in new manager Jason Tindall's first match in charge.

Arnaut Danjuma finally killed off battling Rovers six minutes from time with a superb strike at the Vitality Stadium.

Blackburn had twice hit back to equalise after strikes from Jack Stacey and Jefferson Lerma with efforts from Bradley Johnson and Adam Armstrong. 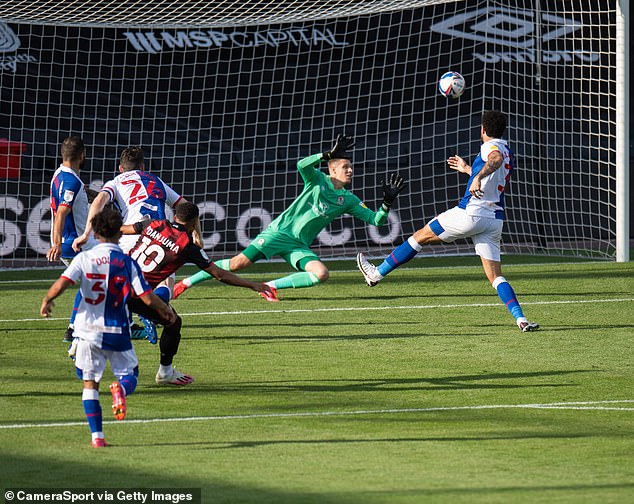 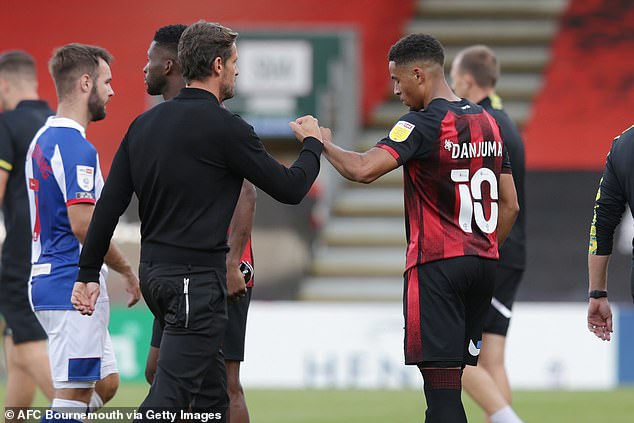 Armstrong thought he had given the visitors a late lead but it was ruled out for offside and the Cherries, back in the second tier after five years in the Premier League, grabbed the points late on through Danjuma.

Veljko Paunovic, now free of quarantine requirements, also enjoyed his first match as Reading boss as they won 2-0 at Derby.

The goals came in the latter stages of the first half. Lucas Joao claimed the first before turning provider, with a clever back-heel, for Ovie Ejaria to score on his first appearance since making his loan from Liverpool permanent. 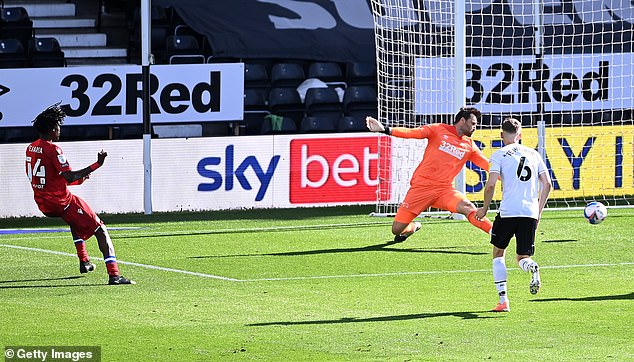 Sheffield Wednesday made a bright start to what could a difficult season after their 12-point deduction with a 2-0 win at Cardiff.

Both goals came in the first half with Josh Windass opening the scoring on four minutes and Jordan Rhodes doubling just before the interval.

Bristol City scored the quickest goal of the day but it took an 82nd-minute winner from Tomas Kalas to secure a 2-1 home win over promoted Coventry.

The Robins made a stunning start as Jamie Paterson struck inside the first minute but Matt Godden levelled on 33 minutes. A tight game was settled when Kalas headed the winner from a Paterson corner. 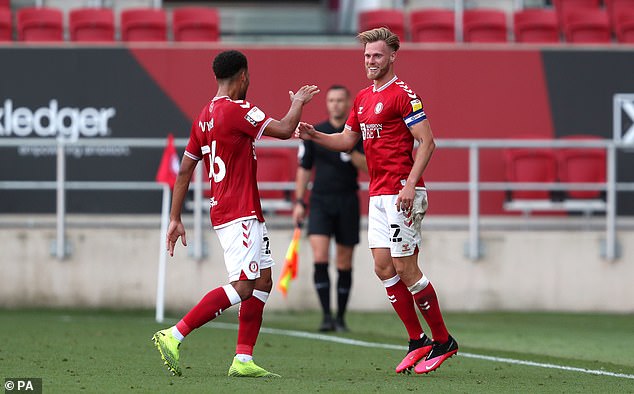 There was late drama in the clash of the other two promoted sides at Adams Park.

Michael Ihiekwe headed a stoppage-time winner as Rotherham snatched victory over Wycombe, who were playing the first match in their history at this level.

Wolves loanee Morgan Gibbs-White made an immediate impact on his Swansea league debut with the only goal in a 1-0 win at Preston. QPR saw off Nottingham 2-0 after a Lyndon Dykes penalty and last-minute Ilias Chair effort.

James Collins followed up last week's hat-trick in the Carabao Cup with a fine late strike to give Luton a 1-0 win at Barnsley while Millwall and Stoke played out a goalless draw.

This news item was provided by the EFL Championship News, Fixtures and Results | Mail Online website - the original link is: https://www.dailymail.co.uk/sport/football/article-8726315/CHAMPIONSHIP-ROUND-Bournemouth-mark-second-tier-return-3-2-win-Blackburn.html?ns_mchannel=rss&ito=1490&ns_campaign=1490