Charlie Wyke: Wigan striker in hospital after collapsing in training 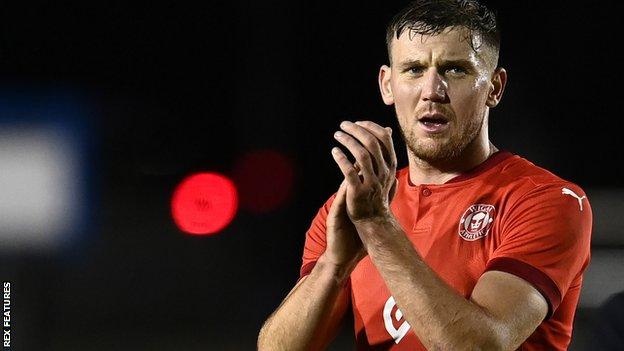 Wigan Athletic striker Charlie Wyke is in hospital after collapsing during training.

The League One club confirmed the 28-year-old is in a stable condition and continuing to be closely monitored.

Wyke, who is communicating with family and staff, was treated by club medics following his collapse earlier this week before being taken to hospital.

The former Sunderland player missed Tuesday's draw at Cambridge United with Wigan saying it was through illness.

He last featured in Wigan's FA Cup first-round replay win against Solihull Moors on 16 November and has scored five league goals in 15 appearances this season.

"First and foremost, the absolute priority for everyone associated with the club is Charlie's health and wellbeing and providing support to him and his family," chief executive Mal Brannigan said.

"We would like to place on record our sincere appreciation to all of the staff within the NHS who, within what we know are challenging times, were excellent in their response and subsequent care for Charlie, working together with our medical team.

"Clearly this news will cause alarm, though we would politely request the privacy of Charlie and his family is respected."

This news item was provided by the BBC Sport - Football website - the original link is: https://www.bbc.co.uk/sport/football/59421139?at_medium=RSS&at_campaign=KARANGA