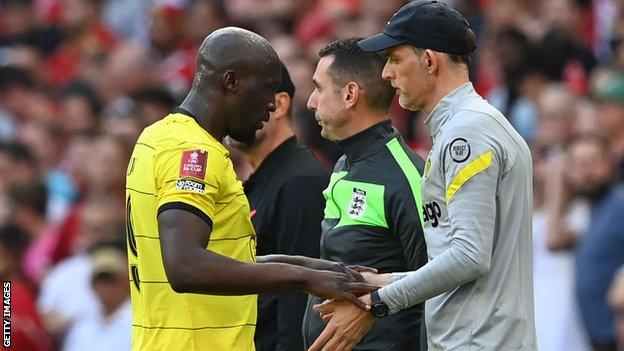 Thomas Tuchel dropped to his knees beating his fists repeatedly against the Wembley turf as he thought Chelsea's moment of redemption had arrived amid the turbulence of this chaotic season.

The Chelsea manager had been braced for the worst as Sadio Mane stepped forward to take the penalty that would have won the FA Cup for Liverpool, but it was stopped by a brilliant save from Senegal team-mate Edouard Mendy.

Tuchel rose to his feet and punched the air - only to feel like he had been punched in the stomach moments later when Liverpool keeper Alisson saved Mason Mount's penalty, leaving substitute Kostas Tsimikas to complete the formalities for Jurgen Klopp's side.

Painful history was repeated for Chelsea. They stood toe-to-toe with Liverpool at Wembley, as they did in February's EFL Cup final, only for penalties to separate the sides at their expense once more.

Tuchel's head was bowed as he ascended the Wembley steps to collect another loser's medal after an eventful final which ended Chelsea's hopes of winning one of the four major trophies.

It also gave them the unwanted record of being the first team to lose three successive FA Cup finals after defeats by Arsenal and Leicester City.

Chelsea have suffered trauma on and off the pitch this season and, despite a likely place in next season's Champions League as some reward for their endeavours, there is an unmistakeable sense that the winds of change will soon be blowing through Stamford Bridge.

Todd Boehly will be Chelsea's new owner when he takes over from Roman Abramovich, who single-handedly funded their success before he was sanctioned and effectively forced to sell up because of alleged links with Russian president Vladimir Putin.

It will be a different ownership model, not merely beholden to the whims and demands of one man, which is good news for Tuchel because a season without one of those four trophies invariably brings a very stringent examination from Abramovich - even after winning the Champions League eleven months ago.

Of course, Boehly will be totally correct to stick with Tuchel, an outstanding manager who was also a dignified front man for Chelsea when the club's future was in limbo and Abramovich ended his time in charge. 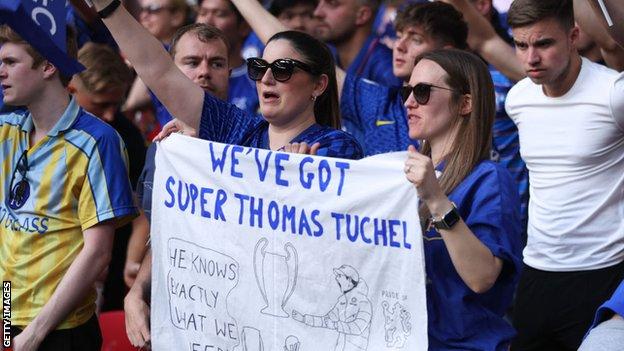 On the field, Tuchel has issues to address and eyes will be on Boehly to see how he will navigate, and finance, Chelsea into the new era.

The club's defensive rock Anthony Rudiger is off to Real Madrid, while their outstanding captain Cesar Azpilicueta may also be on the way out and another defender in Andreas Christensen is Barcelona-bound.

Tuchel has some fine players to work around and a burgeoning academy, as proved by Conor Gallagher's success on loan at Crystal Palace, but big characters and top-class players must be replaced - all on the back of season that must be viewed as a disappointment when measured in trophies.

The German boss was not helped here by Kai Havertz being ruled out by a hamstring injury before striker Timo Werner reported a similar problem in the warm-up and felt he could not play.

Chelsea won the Club World Cup and the Uefa Super Cup this season but these are additional trinkets to the serious silverware that has been arriving at Stamford Bridge on a regular basis in recent years.

The biggest dilemma of all may well surround striker Romelu Lukaku, who was trusted with a starting place at Wembley but did nothing to dispel the mounting suspicion that his £97.5m return to Chelsea from Inter Milan last summer is not destined to work.

Lukaku came into the game off the back of decent performances and three goals in Chelsea's previous two games but failed to deliver here and was given a consoling pat from Tuchel when he was replaced by Hakim Ziyech with five minutes of normal time left.

It was hardly a surprise.

There was no shortage of effort and hardly a surfeit of service but Lukaku looked short on confidence and control, the rare opportunities he did have rushed.

He was regarded as the final piece in Chelsea's jigsaw when he arrived in the afterglow of the Champions League final win against Manchester City last June, but after an impressive start has subsided amid scrutiny surrounding his comments off the field about his role at the club.

Lukaku may get a chance to come good in his second season but he has not provided a return on Chelsea's vast investment. Tuchel gave him a big chance at Wembley and he did not take it.

Chelsea and Tuchel have plenty to work with. They have taken Liverpool every inch of the way in two domestic cup finals so it is hardly crisis time when you can do that.

This will, however, be a crucial summer for a club and fanbase that expects to not only be challenging, but winning, at elite level.

Chelsea, in the wider picture, are well behind Liverpool and Manchester City, so new owner Boehly must hit the ground running in conjunction with Tuchel in an attempt to close the gap.

The good news for the manager is that a period of serious uncertainty is over and stability can return.

They now have home games against Leicester City and relegated Watford to confirm Champions League football to get some return on this season.

Once that is done, and the anguish of this latest cruel loss on penalties eases, Chelsea and Boehly face a summer that will shape the club's immediate future.

This news item was provided by the BBC Sport - Football website - the original link is: https://www.bbc.co.uk/sport/football/61453018?at_medium=RSS&at_campaign=KARANGA