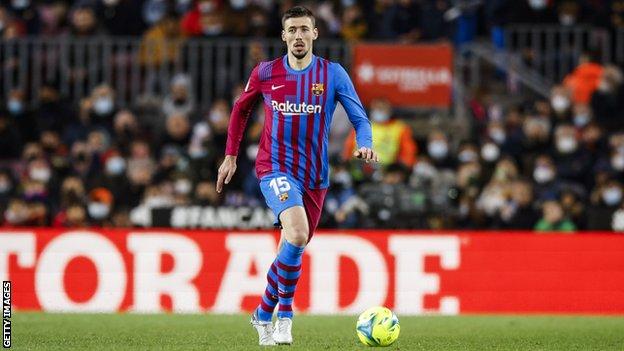 Tottenham have signed France centre-back Clement Lenglet from Barcelona on a season-long loan.

The deal is reported to have an option-to-buy clause included.

This news item was provided by the BBC Sport - Football website - the original link is: https://www.bbc.co.uk/sport/football/62074941?at_medium=RSS&at_campaign=KARANGA