'We've been let down': Coventry manager Mark Robins calls pitch for Saturday's clash with Rotherham 'dangerous' after it was used for rugby sevens in the Commonwealth Games

By Pa Sport Staff and Michael Rudling For Mailonline

Coventry's Sky Bet Championship match against Rotherham has been placed in doubt after it was confirmed a pitch inspection will take place on Saturday evening.

The Sky Blues are due to stage their first home match of the new season against the Millers on Sunday afternoon.

But the playing surface has been affected by the Commonwealth Games rugby sevens being staged there. 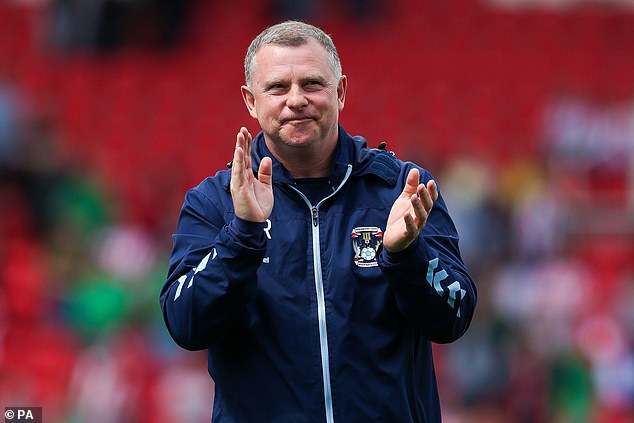 A statement read: 'Coventry can confirm that there will be a pitch inspection at the Coventry Building Society Arena at 6pm on Saturday, ahead of our home game against Rotherham.

'Concerns have been raised regarding the condition of the pitch at the Arena and there will be an inspection by a senior referee.

'We will keep supporters updated following this inspection on Saturday.'

Coventry boss Mark Robins was less that impressed with the state of the pitch. He said in a press conference: 'The pitch isn't in good nick - it's nowhere near the level we expect - there's been issues because the Commonwealth Games has been there and concerts in the summer. 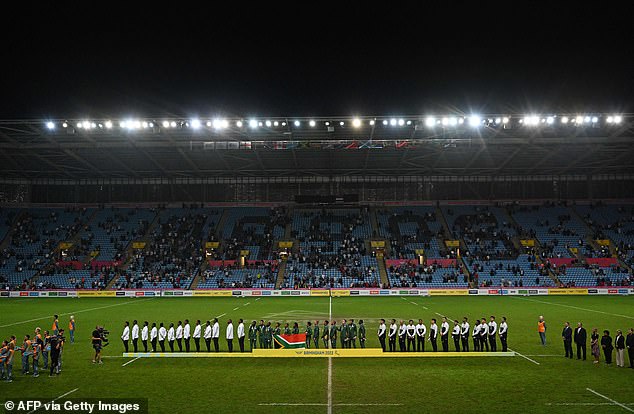 'We will see but there's no doubt about it, we've been let down, the pitch needs to be in better order than this. It has to be safe for people to play on, and at the moment, it's not.

'The groundsman are trying their best, but with the Commonwealth Games going on, getting stuff in and out of there - like lighting rigs - is nigh-on impossible.

'Looking at it now, there's no chance of playing - we can't if the pitch is dangerous.'

He continued: 'It's not up to standard and not good enough for professional athletes, you can't put players at risk and player safety is paramount. There's no point blaming everyone, there was a pitch that was meant to be laid that wasn't laid this summer - that's down to people above me. 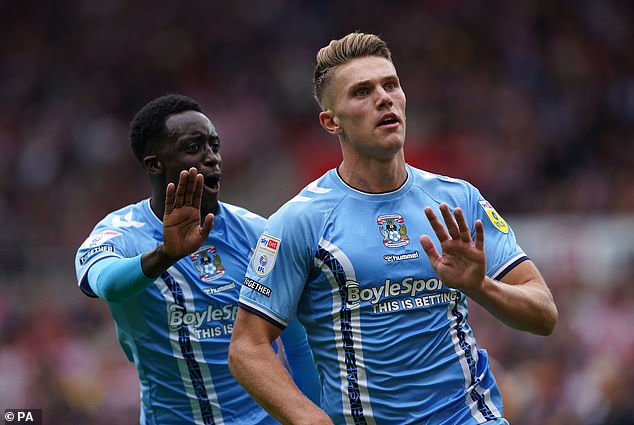 'It really is disappointing. All we want is a slick surface like everyone else in the Championship. We only caught sight of it for the first time on Friday morning.

'If we'd have known the circumstances, we could have done more but the Games meant we couldn't get near the place. The stadium's been locked down for security reasons.'

Coventry opened their campaign with a 1-1 draw at newly-promoted Sunderland last weekend, while Rotherham also began their season by taking a point, from a 1-1 draw against Swansea.

This news item was provided by the EFL Championship News, Fixtures and Results | Mail Online website - the original link is: https://www.dailymail.co.uk/sport/sportsnews/article-11085709/Coventry-manager-Mark-Robins-calls-pitch-Saturdays-clash-Rotherham-dangerous.html?ns_mchannel=rss&ito=1490&ns_campaign=1490