The EFL are considering an appeal against the decision by an independent panel to clear Derby County of breaching spending rules which left executives shocked and dismayed on Tuesday.

The Championship club escaped a points deduction after charges relating to their valuation of Pride Park following its £80million sale and their practice of assigning players a residual transfer value at the end of their contracts were dismissed by a three-person tribunal.

The EFL will consider the panel's full written reasons for the decision before confirming any appeal in the next 14 days, but are considering contesting the verdict which gives the impression that their profit and sustainability rules relating to stadium sales are not fit for purpose. 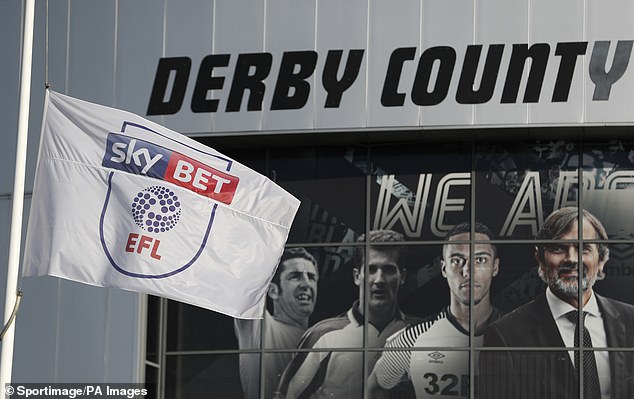 Derby's escape is a blow to the EFL who had a partial victory over Sheffield Wednesday in front of another independent panel last month.

The Yorkshire club were docked 12 points for recording the sale of Hillsborough in the wrong financial year, but cleared of deliberately seeking to mislead the EFL.

Derby's case relates to the valuation of Pride Park when owner Mel Morris sold the ground to another of his companies for £80m last year despite it previously being listed as worth £41m, a sale which enabled the club to comply with the EFL's spending rules by limiting their losses. 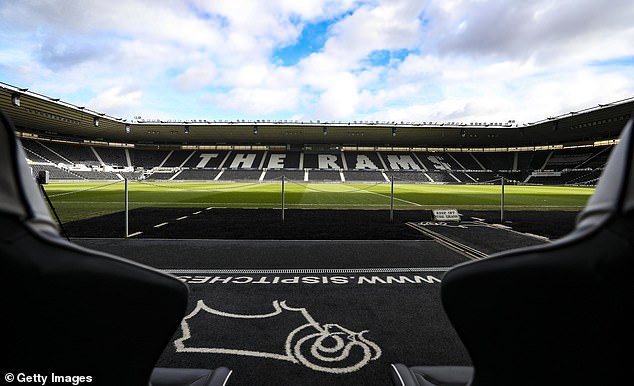 The EFL are, however, considering an appeal against the decision to clear Derby County

A second charge over how Derby measure the value of players — called amortisation — in their accounts was also dismissed, although the panel did conclude that 'the wording of the amortisation policy in Derby's financial statements could have been clearer'.

Most clubs spread the transfer fee they have paid for a player over the life of his contract, valuing their worth at £0 at the end of their deal.

However, Derby have assigned a residual value since 2015 which has boosted their accounts.

This news item was provided by the EFL Championship News, Fixtures and Results | Mail Online website - the original link is: https://www.dailymail.co.uk/sport/football/article-8662205/Derby-CLEARED-independent-panel-two-EFL-charges.html?ns_mchannel=rss&ito=1490&ns_campaign=1490