Euro 2022: How will England’s defence look without Steph Houghton? 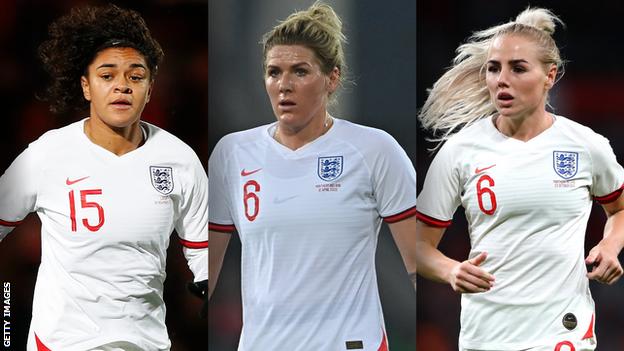 Euro 2022 kicks off on 6 July and hosts England are among the favourites to win the title. BBC Sport is looking at how different areas of the Lionesses team are shaping up, and here is part two: the defence.

England will go into a major tournament without the familiar presence of centre-back Steph Houghton after the former captain was left out of the squad.

Under Sarina Wiegman's management, England have conceded just three goals in 10 months and have kept 11 clean sheets, having remained unbeaten in their 14 games.

There is competition for places, experience in the backline and players in good form - all ingredients for a successful tournament but will it come together when it matters?

Who will fill the void in Houghton's absence? 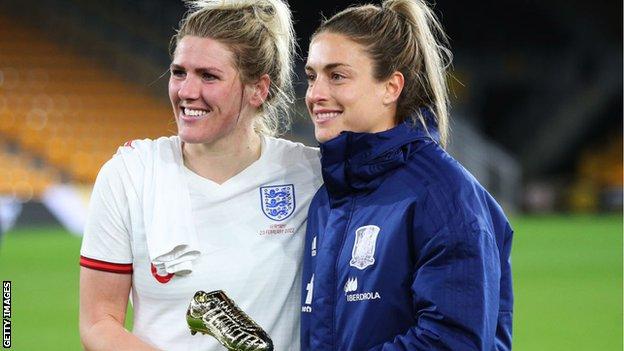 With 121 appearances, five major tournaments and eight years' worth of captaincy, the experience and leadership of Houghton - who has not played since January because of an Achilles injury - will be missed.

However, there are plenty of players in Wiegman's squad ready to step up, including Chelsea defender Millie Bright, 28, and Manchester City's Alex Greenwood, 28.

The pair, who have formed a strong partnership in central defence since Wiegman's arrival, have notched up more than 100 appearances between them and are both competing in their second Euros.

"[My role] stays the same. I think regardless of the players that are in or out of the squad, everyone remains the same," said Bright, when asked if she felt more responsibility.

"In terms of leadership, I don't put too much pressure on myself. That comes naturally. That is the beauty of the squad, that we have so many leaders that can step up."

'She will be a massive player for England' 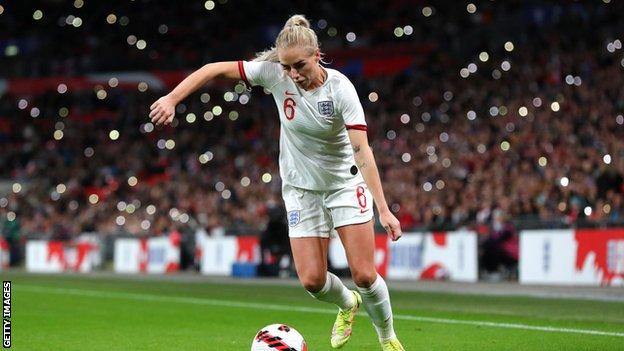 Greenwood's impressive performances this season have made her a regular for England and team-mate Houghton is tipping her to be a "massive player" at the Euros.

"Alex probably hasn't got the plaudits that she deserves. Everyone knows how good a passer she is. She reads the game really well," Houghton told BBC Sport in May.

"She has been outstanding. I love playing next to her [at City]. I really appreciate what she does in terms of her defending but also what she does with the ball."

The majority of Greenwood's career has been spent playing at left-back and she admitted it was "crazy" to think how far she had come since swapping roles.

"If you wound back to 2019 I would never have said I'd be playing at centre-back. It's crazy because I can't see myself playing left-back now so I've probably done a full 360," she added.

"Obviously it helps in the way we play and when you've got a player next to you that you're comfortable with. The connections are definitely built at England now.

"The biggest thing is I really love playing there. I feel like I've brought the best out of myself. That's probably why I'm so invested in the position."

Alongside Greenwood, vice-captain Bright has stood out with her distribution, while she has often found herself in attacking positions. She finished the Arnold Clark Cup tournament in February as joint-top scorer alongside Ballon d'Or winner Alexia Putellas.

"Under [Wiegman], everyone has been pushed to new levels and has the confidence to do new things," said Bright.

"Everyone in the team comes from a highly competitive club where you're challenged to play out from the back and we all want that - to be the best on the ball and for each other."

Where will Williamson play? 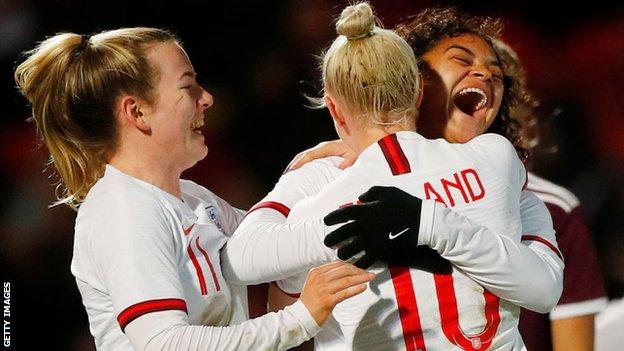 Captain Leah Williamson, 25, has mainly lined up in midfield under Wiegman, and was named as a midfielder in the Euros squad, but she plays centre-back for Arsenal and that is a useful wildcard at the Euros.

In England's final warm-up game before the tournament - a 4-0 win over Switzerland - she dropped back into the defence because of the absence of Lucy Bronze through illness, with Greenwood moving to left-back.

Wiegman suggested Williamson had felt a little uncomfortable playing further forward against the Netherlands a week earlier, but the Dutchwoman gave little away as to her captain's starting position for the Euros.

"I think that Leah can also play midfield and she can play in the back," she said after the victory in Zurich.

There is plenty of variety in the full-back positions too.

Houston Dash's Rachel Daly, 30, has been used on both flanks despite playing as a forward for her club and is enjoying her versatile role in the squad.

"I have taken up a role where I really enjoy defending. I got smacked in the face in training with the ball and I absolutely loved it because it didn't go in," she said.

Three-time Champions League winner Bronze hopes to use her experience to help the squad's younger players.

"I feel like this tournament is going to be bigger than anything even we have experienced but I like to push on the training pitch," the right-back said.

"I'm up against the likes of Lauren Hemp and Chloe Kelly every day, trying to push them to be better so they're prepared for what they're going to come up against."

And Manchester City left-back Demi Stokes, 30, who will be playing in her third major tournament, said Wiegman was "very direct so you know where you stand".

"Everyone knows their role, they know what we stand for and it's about pushing yourself and pushing your team. It's not just the starting 11 but the whole 23 as a collective."

This news item was provided by the BBC Sport - Football website - the original link is: https://www.bbc.co.uk/sport/football/61660288?at_medium=RSS&at_campaign=KARANGA