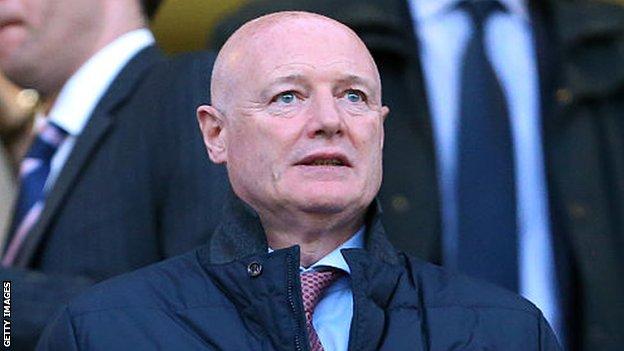 Everton will not be pursuing takeover talks with a consortium led by Peter Kenyon any further after a period of exclusivity came to an end on Friday.

But the group, led by former Manchester United and Chelsea chief executive Kenyon and including United States-based businessmen, also had discussions about a stake in the club.

Everton have now decided to move on.

However, a source close to the Kaminski family, which intended to provide the majority of the funding, has claimed that talks are still ongoing.

It is not clear if the group, which also included US investor John Thornton, are still interested in helping to fund the stadium.

Moshiri is still understood to be committed to the club and delivering the stadium at Bramley-Moore Dock, which is set to open in 2024.

Everton have posted losses of £372m over the past three seasons, and have suspended contracts with Russian sponsors who were owned or part-owned by Alisher Usmanov after the Russian billionaire was sanctioned following the invasion of Ukraine.

The deal to sell forward Richarlison to Tottenham for £60m was completed on 30 June, the deadline for the accounting period for last season. That means it will help balance the books for the next rolling three-year period.

This news item was provided by the BBC Sport - Football website - the original link is: https://www.bbc.co.uk/sport/football/62015542?at_medium=RSS&at_campaign=KARANGA