Former Liverpool defender and Sky Sports pundit Jamie Carragher is one high-profile backer of the 'Sustain The Game!' initiative 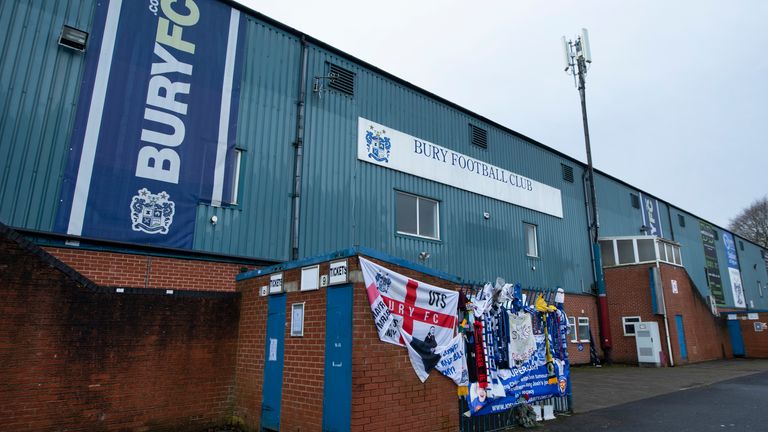 The Football Supporters' Association is coordinating a new campaign to protect the "very existence" of clubs across the country.

With the coronavirus pandemic threatening many clubs due to the financial ramifications of a lack of fixtures and no fans being permitted into stadia, the FSA believes pre-existing issues within the game have been magnified.

Working with a number of politicians as well as former sports minister Tracey Couch and fan groups from the majority of the 92 Premier League and EFL clubs, the new 'Sustain the Game!' initiative calls for urgent action from football authorities to help struggling clubs survive.

"The time for action isn't next week, next month, or next year - it's now"

"Sustain The Game! will demonstrate the need for urgent action as the very existence of many clubs is under threat. If we don't act now we might lose some forever.

"We call on everyone with an interest in the game, from clubs and leagues to players and managers, to come together and work in partnership to support Sustain The Game! The time for action isn't next week, next month, or next year - it's now."

The campaign consists of five key principles which the FSA and its partners want to see addressed.

These include legal protection and "urgent support" to secure the future of struggling clubs, transparency of ownership, independently enforced financial controls on owners, a more sustainable model for distributing finances across the football pyramid and giving supporters more of a voice on community issues arising around their clubs. One high-profile backer of the campaign is former Liverpool and England defender Jamie Carragher, who insists supporters deserve to be at the heart of any changes moving forward.

"The FSA's Sustain The Game! campaign can play a massive role in protecting clubs throughout the game," he said.

"This is a difficult time for the game but it's also a chance to make real changes. Supporters' have to be involved in that as well."

This news item was provided by the SkySports | News website - the original link is: https://www.skysports.com/football/news/11688/12053496/football-supporters-association-calls-for-urgent-action-to-help-clubs