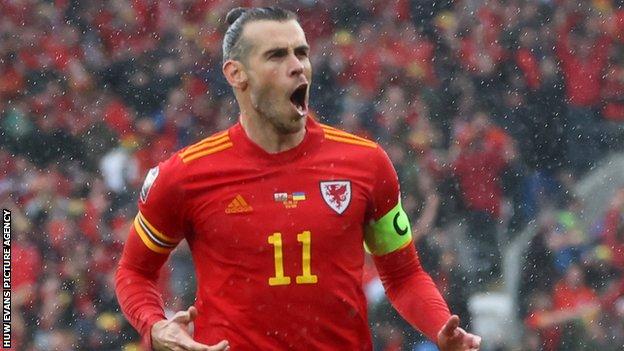 Cardiff City are stepping up their efforts to pull off the improbable signing of Wales captain Gareth Bale.

Bluebirds chairman Mehmet Dalman has flown into the United Kingdom to lead negotiations.

Bale, 32, is available on a free transfer having left Real Madrid after nine years in Spain, during which he won five Champions League titles.

On Sunday, his deflected free-kick secured Wales' 1-0 win over Ukraine and a place at the World Cup in Qatar.

A return to Tottenham or a move to a Major League Soccer club in the United States have also been mooted as possible options as Bale looks to round off his stellar career.

But Championship club Cardiff are also in the picture.

Bale was born in Cardiff but, having had spells at Southampton, Tottenham and Real Madrid, he has never played club football in Wales.

Cardiff are seen as an option because Bale's primary consideration is to lead Wales in their first World Cup for 64 years.

But Cardiff are looking beyond Qatar in November and December. They hope that offering Bale the chance to lead them back into the Premier League will be a driving factor behind him signing a contract even beyond the 2022-23 season.

Financially, Cardiff are up against it. At Real, Bale earned £600,000 per week, more than the weekly wage bill of Cardiff's first-team squad.

But Bale is believed to be open to taking a significant pay cut, while the move would have massive marketing appeal for the club.

Before the Ukraine game, Bale said he was only focusing on the World Cup play-off final but, asked about his club options, he smiled and said he had "loads".

This news item was provided by the BBC Sport - Football website - the original link is: https://www.bbc.co.uk/sport/football/61707688?at_medium=RSS&at_campaign=KARANGA