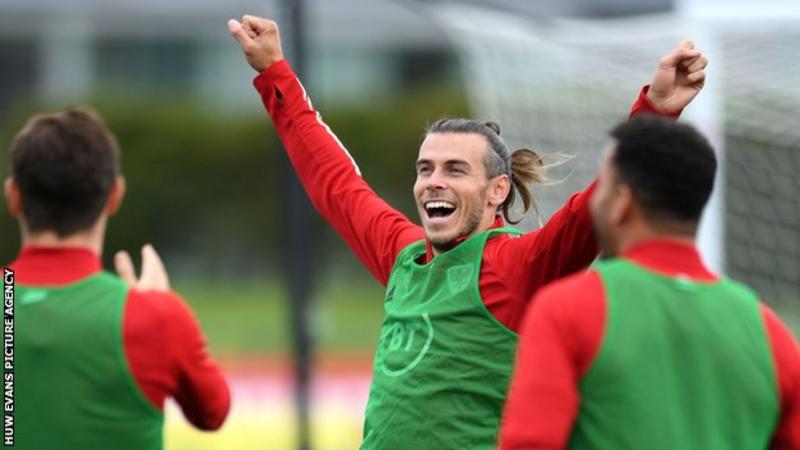 Wales forward Gareth Bale says he would be open to a return to the Premier League - but Real Madrid are making it "difficult" for him to leave.

Frustrated by a lack of playing time, Bale came close to a move to China last year before Real blocked the move.

Other clubs are interested in signing the 31-year-old but his agent has said previously Bale is "going nowhere".

"I tried to leave last year but they [Real Madrid] blocked everything at the last second," Bale told Sky Sports.

"It was a project I was excited for last year but it didn't materialise. And there have been other instances but the club won't allow it or something, so it's up to the club.

"We'll see what happens. It's in the club's hands and they make things very difficult to be honest."

Asked if he would like to return to the Premier League, the former Tottenham player said: "It's not really in my hands. If those options arise, it's something I'd look at for sure."

Bale is with the Wales squad in Helsinki as they prepare for Thursday's Nations League match against Finland.

He became the world's most expensive player when he joined Real Madrid from Spurs for £85m in 2013.

The Welshman enjoyed great success in his first five years at the Bernabeu, scoring more than 100 goals and winning four Champions League titles.

But his star has faded in the past couple of seasons after a run of injuries, indifferent form and a scarcity of first-team opportunities.

Bale started just one match when the 2019-20 La Liga season resumed, playing a mere 100 minutes as Real clinched a first title since 2017.

But Bale was conspicuously on the fringes of the team's celebrations, his interaction with team-mates awkward and his ever-diminishing relationship with manager Zinedine Zidane frostier than ever.

Zidane said it would have been "best for everyone" had Bale left last year, and his departure would have benefitted the club financially.

Bale is still Real Madrid's highest-paid player with his current contract, which does not expire until 2022, thought to be worth around £600,000 per week.

That limits the number of clubs who could afford to sign him from Real, although his former club Spurs and Manchester United are among those who have long been linked to the former Southampton player.

"We have plenty of time in this transfer window and a couple of others as well.

"Time will tell and, mainly, the decision is in Real Madrid's hands."

This news item was provided by the BBC Sport - Football website - the original link is: http://www.bbc.co.uk/sport/football/54001703