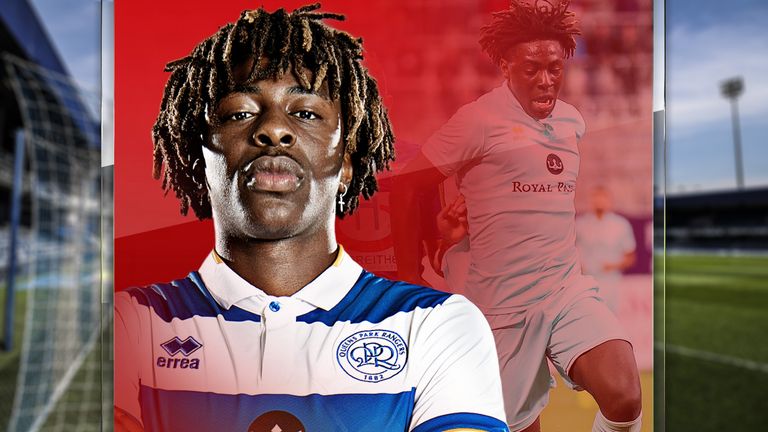 "That's a long story," he laughs, pausing for thought as he prepares to answer Sky Sports presenter David Jones' question about his footballing journey so far.

The 22-year-old had starred for Mark Warburton's QPR side in just his third full season as a professional, scoring 12 goals, providing eight assists and earning widespread acclaim before the Championship campaign was halted due to the coronavirus outbreak. 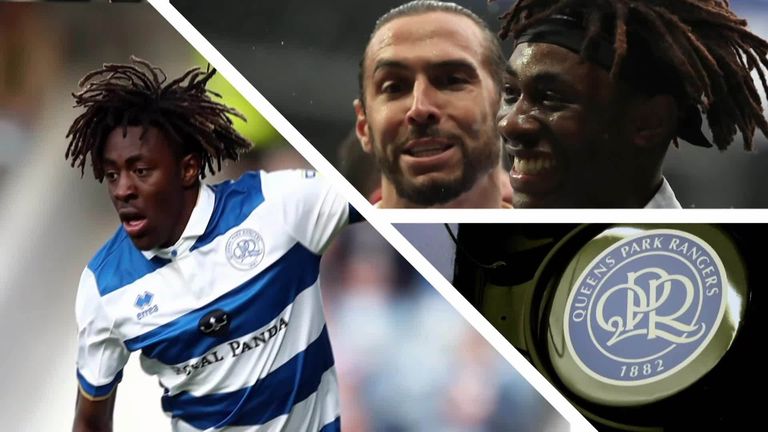 13:18 Sky Sports assess QPR's Ebere Eze and explain why he is set to be a star of the future in English football

Sky Sports assess QPR's Ebere Eze and explain why he is set to be a star of the future in English football.

But just a few short years ago, to say dreams of reaching such heights were hanging by a thread is an understatement.

"I started at Arsenal when I was eight and I was there until about 13," he recalls. "I got released and then went to Fulham from 13 to 16. I got released from Fulham around the Christmas period so I went to Reading until the end of the season and got released there.

"I was sort of stranded looking for a club, then thankfully got Millwall. I did a two-year scholarship there, they then released me. I went on trial to I don't know how many teams during that summer [2016], but thankfully QPR gave me the opportunity and that's where I am now."

At home with... Championship stars

Sky Sports joins some of the biggest names in the Championship at home... including Leeds, Nottingham Forest and Brentford.

Such levels of rejection are commonplace at academy level, but how did the England U21 international recover from each knock-back and manage to stand out from the crowd?

"I can say it now because I understand, but at the time, I probably didn't. I think I was getting released a lot of the time because of my work-rate and [people thinking]: "He looks lazy, he doesn't want to run." Now it's clicked with me in the sense of I actually understand what it means to work hard.

"You can tell someone to work hard but not really explain it to them and them not really get it. I think it's only now that I've started to understand where I should be running, not just telling me to run but understanding where I should run, where I should make movements, how I should press. It's something that I've learned getting older, which is probably the most important thing I've added to my game." 4:13 Ebere Eze told The Football Show how QPR re-invigorated his career after a series of knock-backs from several Premier League and EFL academies

Eze's exploits in the second tier have, naturally, drawn Premier League clubs to his talent and in January he was reportedly linked with Tottenham, Southampton and Sheffield United. Fans of the west London club are preparing, knowing the inevitable may be just around the corner.

In years gone by - including during a loan spell with Wycombe in 2017/18 - such attention might have proved a hindrance, an unwanted distraction after a rocky start to life in the industry. With experience, though, he has developed a sharper focus. It is no longer a negative influence.

He added: "I think last season was such a big learning point for me because I've learned to deal with stuff like this. Because it was my first season, I didn't exactly know how to handle it. I'd be looking into stuff and I could feel it affecting my game and I wasn't maybe as focused as I should've been.

Championship awards of the season so far

Our Championship pundits pick out their Teams, Player and Manager of the Season so far...

"This season, of course, I'm seeing the stuff that is in front of me but I'm not allowing it to affect what I'm doing. The most important thing is what I'm doing on the pitch and as long as I continue to focus on that, everything else will fall into place. I want to play at the highest level."

Yet while the possibility of a move to a top-flight club grows, the freedom afforded to him by Warburton on the pitch means he is thoroughly enjoying life off of it too.

"Honestly, it's so good playing for QPR because I enjoy going in every day and that's how you play the best football in your career. You're free in the mind, you're not worried going in, you're not anxious or anything like that - you feel confident to do your job.

"We've got Ilias [Chair], Bright [Osayi-Samuel], me, Mide [Shodipo]; we've got young players in the team that are very good players, pushing on to do greater things. It's just good to be in and around them and to work with such good people." 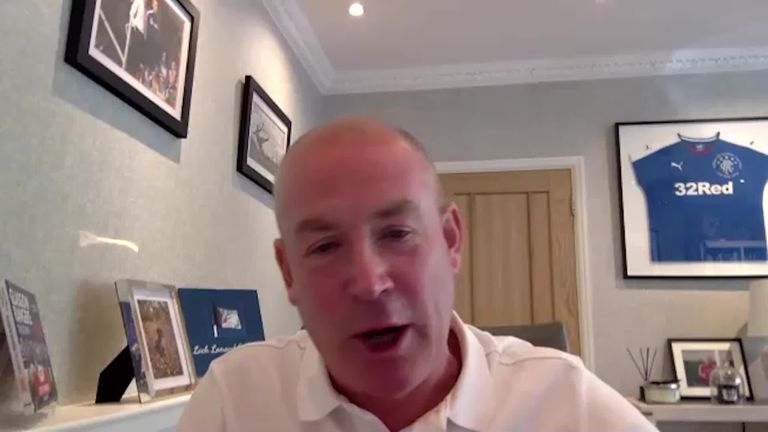 25:31 QPR boss Mark Warburton discusses life in the Championship, his young talents including Ebere Eze and managing Rangers in the Scottish Premiership

QPR boss Mark Warburton discusses life in the Championship, his young talents including Ebere Eze and managing Rangers in the Scottish Premiership

QPR boss Warburton also spoke to Sky Sports in May, as part of the 'At home with…' series and he outlined the level of admiration he has for his most prized asset.

He said: "I'm loathe, normally, to talk about individual players but he's a young guy that I knew about going into the job but I've been very impressed.

"There's been a lot of media focus, quite rightly, for his performances - he's dealt with that really well. Last year he had a really hot streak and then tailed off quite significantly. That played on his mind; he knew about that. Again, he's responded this year and he's maintained a level of consistency home and away.

"I honestly believe that he's a top-six Premier League player, all day long. I've watched how he is before games - he just can't wait to go and play. He's relaxed, he's looking forward to it. You watch players who are a bag of nerves before games but not Ebs.

This article was originally written in May 2020.

This news item was provided by the SkySports | News website - the original link is: https://www.skysports.com/football/news/11688/11981014/eberechi-eze-how-qpr-revived-crystal-palace-signings-career