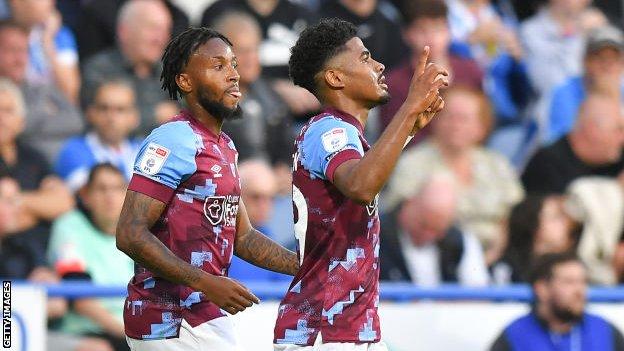 Vincent Kompany's reign as Burnley manager got off to a great start as his side produced a dominant 1-0 win away at Huddersfield Town in the Championship.

The Clarets were superb in the first half as debutant Ian Maatsen gave them an early lead - the relegated Premier League side should have scored more in former Manchester City captain Kompany's first half of football as a manager in England.

Huddersfield - under new boss Danny Schofield for the first time - failed to register a shot on target in the entire match as Burnley controlled the game after the break with more than two thirds of the possession.

Another Clarets debutant, Scott Twine, almost doubled the lead with five minutes left, but his curling free-kick hit the post. 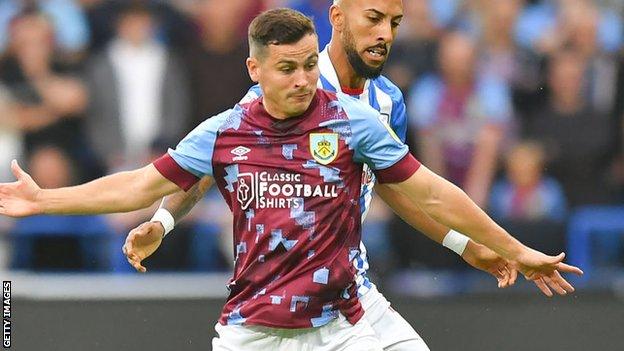 Republic of Ireland midfielder Josh Cullen was superb on his debut, having followed Kompany to Turf Moor from Anderlecht this summer

Burnley came into the game having rebuilt their squad after relegation from the top flight last season.

The Clarets blooded new signings including Aro Muric, Taylor Harwood-Bellis, Josh Cullen and Ian Maatsen, while youngster Dara Costelloe was given a debut in attack.

Huddersfield came into the game off the back of a play-off final loss and the resignation of manager Carlos Corberan just 22 days ago.

New boss Danny Schofield has also lost key players like Lewis O'Brien and Harry Toffolo, although he was still able to call upon a number of the side that helped the Terriers reach Wembley - including Jonathan Hogg, Danny Ward and Duane Holmes.

He also went into the game without centre-back Matty Pearson after the 28-year-old suffered a serious foot injury in last week's pre-season game with Bolton, and after the match Schofield said he will miss "a significant period". 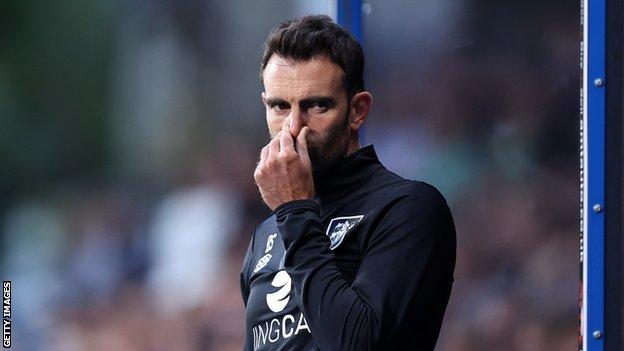 Burnley started well and should have taken the lead inside the first 10 minutes. New signing Cullen's excellent through-ball set Ashley Barnes free, but Burnley's most experienced forward took too long as he closed in on goal and Tom Lees slid in and dispossessed him at close range.

Cullen and Barnes had shots saved soon after before Maatsen gave Burnley a deserved lead - the Dutch left-back was first to react to a Barnes mistake having got forward and he curled right-footed shot into the bottom corner.

It should have been 2-0 two minutes later, but Lee Nicholls saved well at close range from Roberts after the full-back had played a nice one-two to break into the box.

Kompany's influence on Burnley was clear to see as they dominated possession in the first period and played some delightful football in and around the Huddersfield box as the beaten play-off finalists struggled to deal with them.

Youngster Costelloe had a great chance to open his account for Burnley, but side-footed an effort wide of the far post after great work down the left by the impressive Maatsen five minutes before the break.

Huddersfield did not win a corner until the 67th minute as Burnley continued to control possession after the break, and it took another seven minutes for the hosts to have a decent effort when Ward fired over from the edge of the box after a mistake by Costelloe.

The night was summed up with two late free-kicks as Twine - a £4m summer signing from League One side Milton Keynes Dons - beautifully curled against the post, while in stoppage time Huddersfield hit the chest of the first Burnley defender from a wide area after a foul on Jordan Rhodes.

Kompany - 'We took this game by the scruff of the neck' 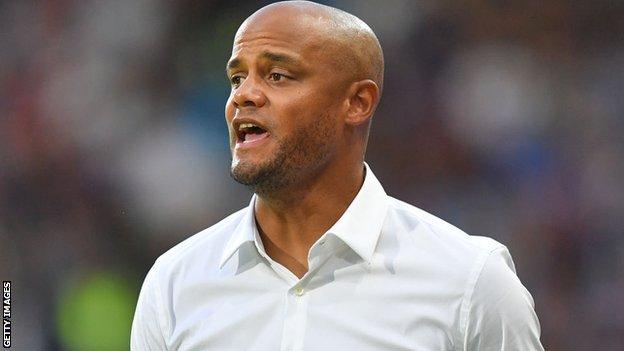 After the game Kompany told BBC Radio Lancashire he was impressed with his side's start to the season, especially with the work-rate shown by his team:

"Beyond the good football I saw a team. I saw lads who've just recently learned to play together and take the fight on together, and that was good.

"Lots of running, lots of challenges, lots of bits that might not get highlighted as much because the football was good, but for me really that's more important for this season.

"We took this game by the scruff of the neck, we were there straight away, and that was good.

"That's when you start building, everything else - football, patterns, tactics - it's irrelevant if you don't have that as a base.

"I'm not going to say I'm surprised, but the lads have got something to be proud of today and tomorrow we go again."

"I felt first half we suffered a lot, I thought Burnley really dominated the middle of the pitch by putting lots of players from wide areas into the middle.

"We didn't quite deal with that, they were breaking lots of lines and progressing up the pitch.

"But I think second half we changed a few things and we competed a lot better, we started matching them in the centre of the pitch and we put on a real good fight in the second half.

"There were some loose passes, there were some first and second balls, the fundamental things which I'd like to see be a little bit better, but it's the first game of the season, it was a tough test against Burnley, so we'll learn from this, we'll improve and we'll be ready for Birmingham."

This news item was provided by the BBC Sport - Football website - the original link is: https://www.bbc.co.uk/sport/football/62261057?at_medium=RSS&at_campaign=KARANGA

CategoryPremier League
Euro 2022: England boss Sarina Wiegman says impact of final win ‘could be felt in 15 years’
10 players to watch as the Championship season gets underway