Lucas Joao missed a late penalty as Reading were held to a hard-fought 0-0 draw by Preston at Deepdale.

The Royals would have moved up to fourth, level on points with second-placed Swansea, in the Championship had they won, but Joao fired wide of the post from 12-yard with seven minutes remaining.

In a game short of quality in the final third, Emil Riis had Preston's best chance saved by Rafael Cabral shortly before the break and John Swift went close twice with free-kicks for Reading.

The result leaves Preston in 10th, six points outside of the play-offs having played a game more than most, while Veljko Paunovic's men remain fifth.

How both sides left Deepdale frustrated

While there was more quality on show in the first half than the second, the majority of opportunities came with efforts from outside the box.

Scott Sinclair had the first one inside 45 seconds, firing in a low strike from 25-yards out that was palmed around the post by Rafael in the Royals goal.

Swift scored a wonderful free-kick in the 3-0 midweek win over Coventry and his 35-yard effort against Preston was ambitious, even if it did force Daniel Iversen into a save, diving to his right. Swift's next set-piece, this one from 10 yards closer, had Iversen scrambling and flew just past the post.

The best two chances inside the box fell to Preston. Brad Potts swivelled quickly but could only fire over the bar from a tight angle, before quick reactions from Rafael kept out Riis' clever effort from the edge of the six-yard box. 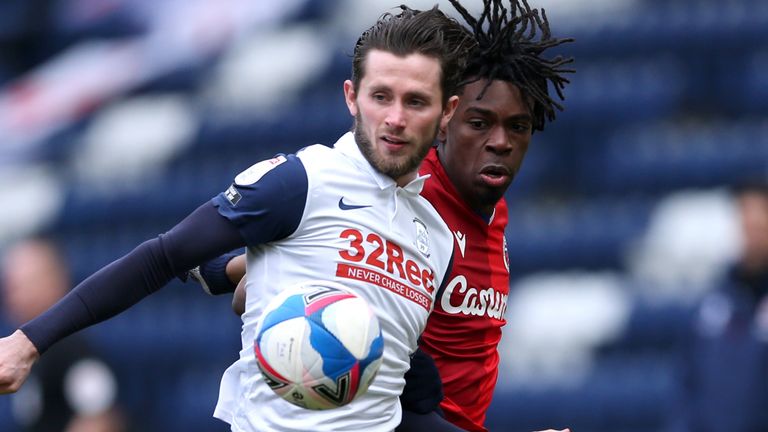 Veljko Paunovic's side came out with real intent in the first 10 minutes of the second half and Ovie Ejaria stung the palms of Iversen at the near post after some fantastic hold-up play from Joao.

The resulting corner saw the Royals try a routine that had led to a goal against Luton on Boxing Day, this time Tom McIntyre's deft volley at the front post went narrowly over the bar.

That was as exciting as it got for long periods of the second half, although Iversen did fantastically to claw a bundled McIntyre effort away from the bottom corner, only for the offside flag to go up.

But the Royals were handed a glorious chance to snatch all three points on 83 minutes. Swift's ball into the back post was meant for Joao, who was manhandled by Joe Rafferty inside the box. While the referee was unsighted, his assistant was on the ball and, much to the anger of Preston's players, flagged for a penalty.

Joao, who has scored 14 Championship goals already this season, stepped up, sent Iversen the wrong way but dragged his effort wide of the left-hand post.

That was the final action of a game and Paunovic's roar of frustration on the touchline at full-time said it all.

Man of the match - Josh Laurent

Josh Laurent continued his impressive debut season for Reading with a battling display in the middle of the park, that helped Reading nullify Preston.

But he also showed quality on the ball and tested Iversen in the first half with an effort from the edge of the box.

What the managers said

Preston boss Alex Neil: "I don't think it was a penalty. I thought it was a bit soft. It was a 50/50 decision but I didn't think we deserved to lose the game so I'd have been really disappointed.

"There wasn't a great deal of chances for either side but I thought for large spells we controlled the game without being threatening. We did the fundamentals well but lacked a little bit of incisiveness or quality to get the goal." 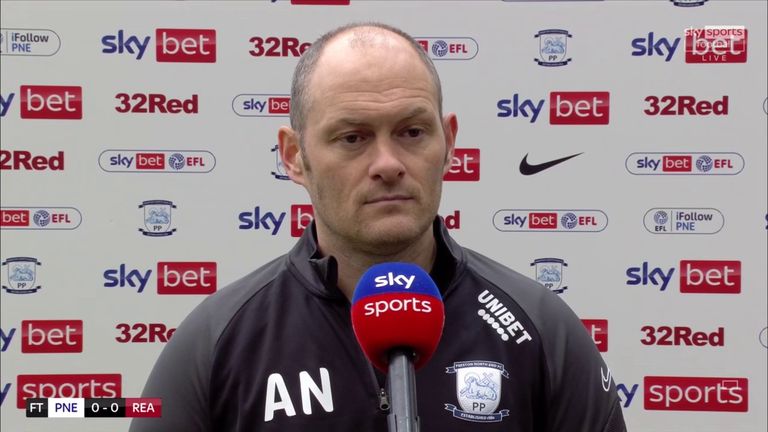 2:09 Alex Neil believes his side deserved a point and wasn't convinced by the penalty awarded to Reading late on.

Reading are next in action on Friday January 29, when they host Bournemouth at the Madejski Stadium at 8pm - in a game live on Sky Sports Football - while Preston travel to Hillsborough to face Sheffield Wednesday at 3pm the following day.

Back to back Super 6 winners?

This news item was provided by the SkySports | News website - the original link is: https://www.skysports.com/football/preston-vs-reading/report/430012