Leeds extended their lead at the top of the Sky Bet Championship but by only one point after being held 1-1 at home against relegation battlers Luton.

Substitute Harry Cornick curled Luton into an early second-half lead and when Stuart Dallas fired Leeds level just after the hour, it appeared there would be only one winner.

But Luton, who had climbed off the bottom of the table after Saturday's win at Swansea, withstood a second-half onslaught and gave boss Nathan Jones everything in their fight for survival. 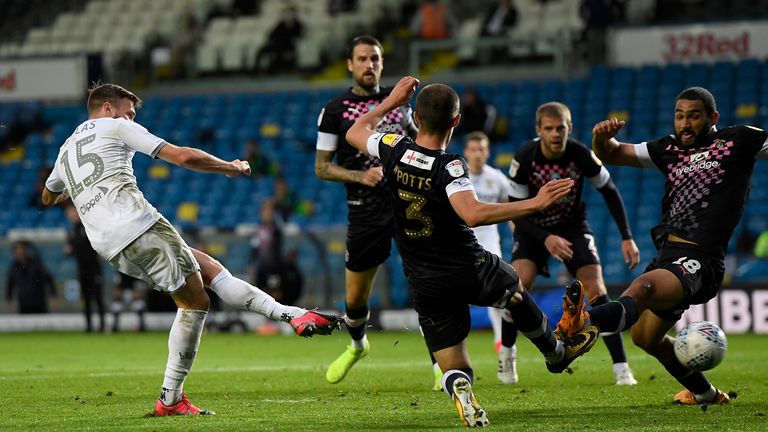 Unbeaten in their last five matches, the Hatters were confident, well-drilled and full of running, while goalkeeper Simon Sluga made several excellent saves.

Patrick Bamford forced Sluga into a near-post block before Leeds were dealt an early blow when skipper Liam Cooper was forced out of the action.

The centre-half failed to recover after taking a knock as he defended a corner and was replaced by Gaetano Berardi in the 12th minute.

Luton's appeals for a penalty were waved away by referee John Brooks after Berardi had tangled with Callum McManaman, but it was a sprightly start from the visitors. 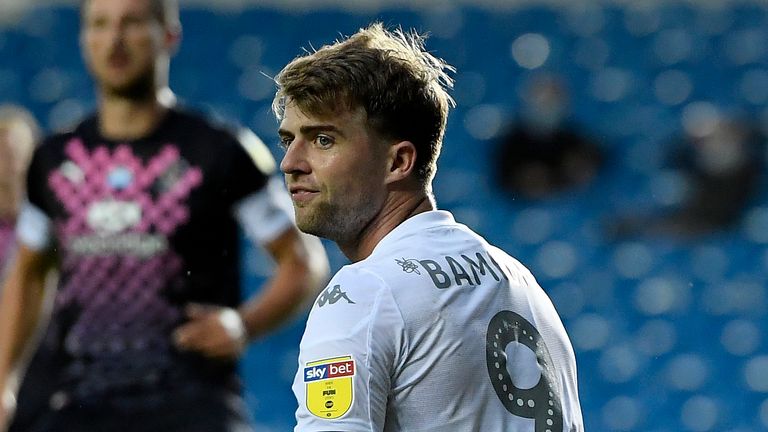 Image: Leeds were held to a 1-1 draw by Luton

Helda Costa was also off target for Leeds, while Luton served a warning of their threat from set-pieces when captain Sonny Bradley's towering header was saved by Illan Meslier.

Leeds forced a succession of corners which came to nothing as half-time approached and Luton boss Nathan Jones will have been the happier manager during the interval.

Bielsa withdrew Berardi for Ezgjan Alioski and Jones replaced McManaman with Cornick, who wasted little time in curling Luton into a 50th-minute lead.

Ryan Tunnicliffe picked him out with a raking upfield pass and Cornick went one-on-one with Ben White before finishing with aplomb.

Leeds' response was immediate, but it found Sluga in inspired form as the Croatian goalkeeper pulled off fine saves to keep out Roberts' deflected shot and then successive efforts from Patrick Bamford and Alioski.

Alioski found space on the left and his ball into the area found Dallas, who had time enough to pick out the bottom corner with a neat low finish.

Bamford's first-time effort following another excellent ball in from Alioski was narrowly wide as Leeds chased a second goal.

Costa thumped a low shot past the post and then just failed to make full contact from Alioski's cross from in front of goal as gutsy Luton held firm.

Leeds' Marcelo Bielsa: "What Luton did was right. They played honest, they didn't foul, the referee didn't have an impact in the match. But what is true is that we had lots of chances to score and they had just one chance.

"The opponent had one chance to score and we needed 12 chances to score one goal. We played against a team who defended with all their players in the goal and we had 12 or 15 chances. We allowed them to shoot just twice and that is something positive for us. But we cannot ignore that the lack of efficiency was the weak point for our team."

Luton's Nathan Jones: "It's a great point. I'd have liked to have been a little bit more penetrative, but I'd have taken that. This is the hardest place to come to in the league.

"These are the best side in the league for me. They come at you, they are relentless, they know what they are doing, they've got good players and structurally they are superb, they've been together for two years - and it's a great point." 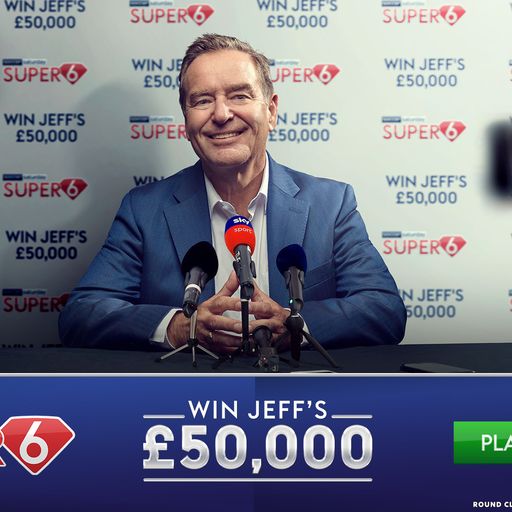 Super 6: Bayern to sail past Gladbach?

This news item was provided by the SkySports | News website - the original link is: https://www.skysports.com/football/leeds-vs-luton/report/409820