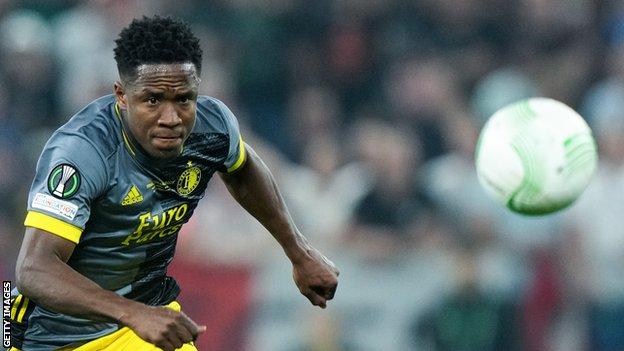 He helped the club reach the Europa Conference League final, with the Eredivisie side missing out on winning the trophy after a defeat by Roma.

However, Sinisterra was named Uefa Europa Conference League Young Player of the Season, having scored six times and registering four assists in the inaugural season of the competition.

He is seen by many as a replacement for Raphinha, who is holding out for a move to Barcelona while Chelsea and Arsenal are also keen on the Brazil winger.

Sinisterra started his career in his homeland with Once Caldas before moving to Feyenoord during summer 2018.

This news item was provided by the BBC Sport - Football website - the original link is: https://www.bbc.co.uk/sport/football/62078333?at_medium=RSS&at_campaign=KARANGA