A bumper month of action gets underway on Tuesday December 1, with Birmingham vs Barnsley (7.45pm kick-off) and Rotherham vs Brentford (8pm), while Sheffield Wednesday vs Reading takes centre stage the following evening (7.45pm).

In Sky Bet League One, Hull vs Portsmouth will be shown live on Friday December 18 and on Boxing Day, Watford vs Norwich promises to be an exciting encounter between two sides with designs on an immediate return to the Premier League.

The festive fixtures continue on Tuesday December 29, when Millwall host Watford and Nottingham Forest travel to Stoke, with Brentford vs Bournemouth and Reading vs Swansea live on Wednesday December 30 to round off 2020. 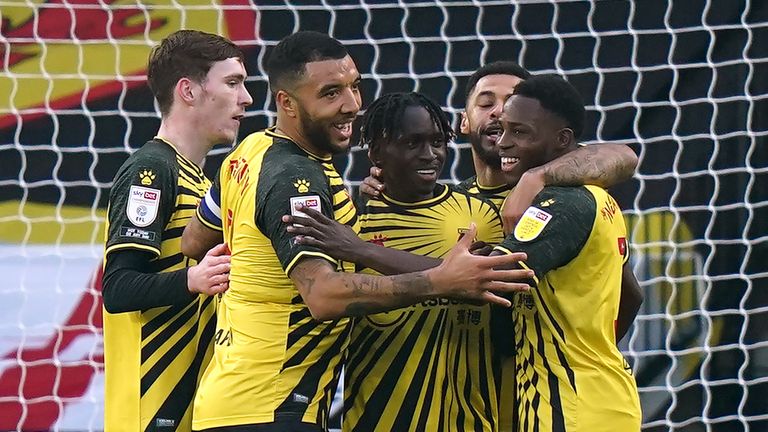 December 8: Coventry vs Luton*, Huddersfield vs Sheffield Wednesday*, Millwall vs QPR, Stoke vs Cardiff, Swansea vs Bournemouth*, Watford vs Rotherham* (All 7.45pm) 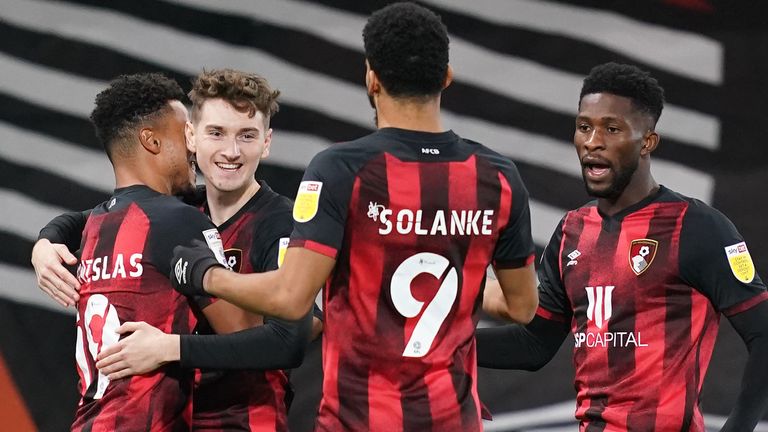 Image: Bournemouth will travel to west London to face Brentford on December 30

December 16: Derby vs Swansea (5.30pm), Reading vs Norwich, Coventry vs Huddersfield (Both 8pm)

The match by match streaming and season ticket offer is a temporary measure that has only been put in place while clubs operate at a zero or reduced capacity as a result of the Covid-19 pandemic and will be subject to regular review.

Leagues One and Two streaming

This news item was provided by the SkySports | News website - the original link is: https://www.skysports.com/football/news/11688/12143859/2020-21-sky-bet-efl-season-december-fixture-schedule-on-sky-sports