This has already been a season like no other for Liverpool, and it's only right they have a chance to end it in style.

Saturday's Champions League final against Real Madrid has been the focus since the dying moments of the Premier League campaign last weekend, when everyone at Anfield realised the title - and their hopes of an unprecedented quadruple - were gone.

However things had turned out, though, the important thing was that there was always one more game to go.

We already know what to expect from Jurgen Klopp's side in Paris, because we have seen it for the past 10 months now.

To win the Carabao Cup, FA Cup and push Manchester City all the way in the league, they have needed the same outlook that has brought them so many of their victories this season - a calmness and belief that their quality will get them over the line in the end.

Lots of things have come together to get them to this point, but back in August there were plenty of reasons people doubted whether Liverpool would win anything at all this season, let alone having a chance of ending it with three trophies.

Where it started? It was written in the stars... 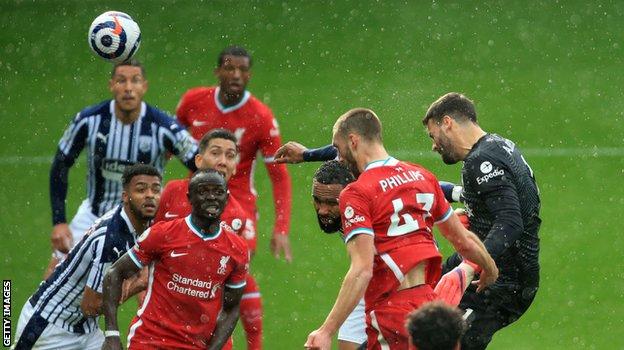 Every great team has to overcome adversity at some stage and Liverpool certainly did that 12 months ago to turn things around at the very end of a disappointing and injury-plagued campaign.

It has undoubtedly set them up for what they have achieved this season too - it's easy to forget they almost didn't get a chance to go for a quadruple at all, yet they ended up coming closer to a historic clean sweep than any English team has done before.

You look at this team and what they are doing now and you think going for the Champions League and challenging for the title is just where they should be because of the quality they have.

But they wouldn't even have made it into last season's top four but for Alisson's extraordinary 95th-minute winner against West Brom last May.

It was almost written in the stars that the Brazil goalkeeper would be the player to do something amazing like that, after his father, Jose, had drowned in a tragic accident a few weeks earlier.

There was far more to their turnaround than just that moment, though. It was the last 10 league games that were the key to salvaging that campaign - Liverpool won eight and drew two of them.

The revival was sparked by Klopp's decision to move Fabinho from a makeshift defender role back into midfield, as the screen in front of two young centre-backs. It worked, brilliantly.

As well as securing third place, that run of results changed the mood around the club. It boosted the players' confidence, and affected the way the fans were thinking.

Instead of being worried about what was to come, they turned up for the start of this season anticipating the same sort of performances and results, and the team have delivered.

'Van Dijk returns, back to his best'

Back in August, I never even contemplated that Liverpool would end up winning both domestic cups.

Since he arrived at the club in 2015, Klopp had never prioritised either the League Cup or FA Cup and it was the same in the early stages of both competitions this time too.

He put young sides out but they got through each round, and he got a bit fortunate with the draws - which you need to be - along the way.

There were still some big hurdles to get past, of course. They ended up beating City on the way to lifting the FA Cup and had to overcome Chelsea in both finals, so you could never say they did it the easy way.

But Klopp did not go into this season and announce 'we're going for everything'. It is the way it fell, and sometimes that works out just great.

They have proved plenty of people wrong along the way, and it was the same in the Premier League too.

I didn't put them in the hunt for the title before the season started because I thought January - when Mohamed Salah and Sadio Mane went away for the Africa Cup of Nations - would prove too big a problem.

I was also unsure whether we would see the best of Virgil van Dijk on his return from an eight-month absence with a cruciate ligament injury.

I don't think anyone envisaged him playing virtually every game, but he has. When a centre-half has been rested it's usually been Joel Matip or Ibrahima Konate - Van Dijk has been just as awesome a presence as he was before.

You have to give credit to Klopp and his staff for managing his return but Van Dijk deserves some too, because he said he would not play for the Netherlands in the European Championship in order to focus on his recovery.

He wanted to be ready for Liverpool's season. In hindsight, what a crucial decision that was. 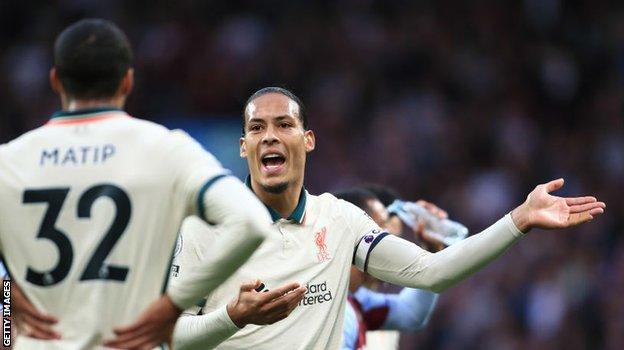 Van Dijk has played in 35 out of Liverpool's 38 Premier League games this season, the most by any Reds outfield player.

'A squad effort - everyone is always ready'

Klopp's ability to manage his squad and rest players at key times has obviously been pivotal in landing so many trophies this season.

But last summer, I don't think people appreciated how much depth he had.

Maybe it was because we were yet to see the very best of Thiago Alcantara, but midfield was a potential problem because of Georginio Wijnaldum's departure to Paris St-Germain.

That wasn't just because of how good Wijnaldum was - it was also his injury record. He was always fit and available for every game, while everyone else in there seemed to miss matches.

It felt like Liverpool lost their mainstay when he left, but in the end it didn't matter.

It was the same in January and the start of February when they won all six games they played in all competitions while Salah and Mane were away at Afcon.

To get through that period and stay in contention for everything was huge… and can you imagine the buzz in the dressing room when those two came back? Everyone would have been thinking 'we are going to kick on even more'.

Luis Diaz's signing in January turned out to be another Klopp masterstroke because he has brought something fresh to Liverpool's attack, but I would say the team has been evolving anyway.

A couple of years ago, it felt as if they had to be this dominant side who blew teams away in order to succeed. Now they have different ways to win games.

It means they can play open, expansive football when it works - but they can also be a counter-attacking side or even be dogged and defensive when it is needed.

What I've noticed more this season is their ability to squeeze the pitch and condense the play into the areas they want. They play with such a high line but their ability to catch the opposition offside is just phenomenal.

Another reason that works so well is Alisson - if people do beat their offside trap, they can rely on him being incredible in one-on-one situations.

It still takes such bravery to set up like that, and leave yourself open, but Liverpool are happy to do it.

It's part of what makes them a great team - they have got a toughness and an arrogance, plus an understanding that they need to take risks sometimes in order to win a game.

No-one is surprised by Liverpool any more

Liverpool suffocate teams by being horrible to play against but they have patience too, which means they don't panic if the goals don't come or things don't go their way.

The fans are the same. I actually noticed the change in their attitude a few years ago, when Liverpool came back from 1-0 down to beat Arsenal 5-1 at Anfield in December 2018.

They expect the team to find an answer, like they did in winning their final four league games of the season after going behind on each occasion.

There is a calmness about this Liverpool side and that's why no-one gave up on the title either, even when City were a long way in front in January.

The gap is always talked about as having been 14 points but in reality it was a little less than that because of Liverpool's two games in hand.

Still, eight points is a lot to make up on a team as good as City and just taking them to the final day of the season was a great achievement.

It didn't quite happen for them on Sunday, but Liverpool can look back without any regrets because they found a way to take care of their own business, and beat Wolves.

They have become very good at doing that. This has already been a season beyond anyone's expectations - but if Liverpool do finish it off by beating Real Madrid then I don't think anyone would be surprised.

This news item was provided by the BBC Sport - Football website - the original link is: https://www.bbc.co.uk/sport/football/61538720?at_medium=RSS&at_campaign=KARANGA