Luton Town 1-1 Huddersfield: Sonny Bradley earns Hatters a draw after Danel Sinani fires visitors into an early lead on the counter-attack as the first leg of the Championship play-off semi-final finishes level at Kenilworth Road

By Daniel Matthews For The Daily Mail

Kenilworth Road crackled and creaked and, at the end of an absorbing tussle, this semi-final is perfectly poised. Luton's fanciful ambition of bringing Premier League football to these parts is still alive.

Luton and Huddersfield shared a mass brawl during a recent meeting. For 45 minutes on Friday night, they enjoyed a brilliant scrap of a different kind.

Now all roads lead north to Monday's second leg. After a long season spent defying the Championship's money table, one of these two are 90 minutes from a shot at the big time. 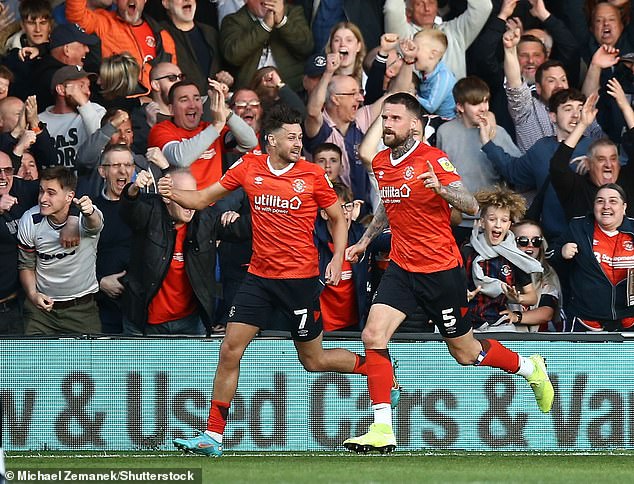 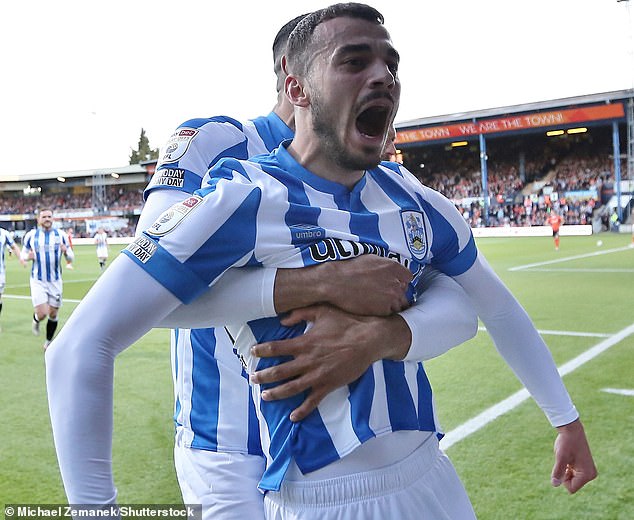 'We haven't lost the game and that's really important,' said Luton boss Nathan Jones, who remains bullish. 'If we weren't confident, we might as well save on the hotel bill and stay here.'

Instead Luton – a non-league outfit inside the last decade, a team who last tasted the top flight in 1992 – will go chasing a fairytale.

Huddersfield were only relegated in 2019 but they have flirted with League One since then.

On Friday night these two set a punishing early pace. Poor referee Robert Jones could have done with a chance to breathe – and consult a video assistant. 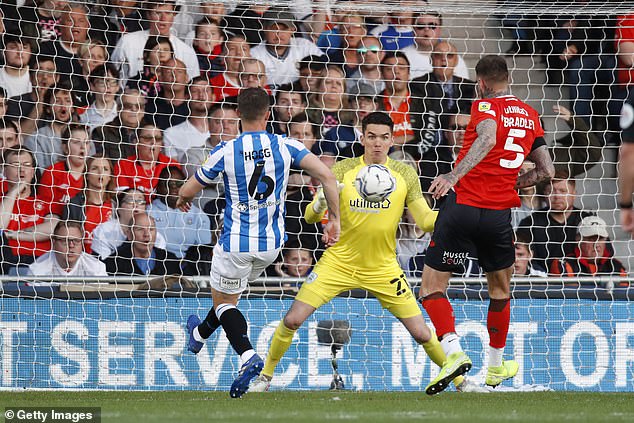 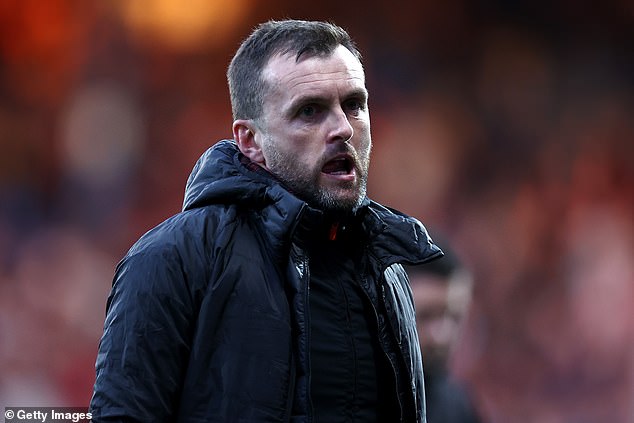 Alas, VAR comes in only for the final. And so twice during the first-half, Jones turned down penalty shouts.

Twice, replays suggested he had erred. At least both teams could feel equally hard done by.

Huddersfield were incensed inside 10 seconds after Harry Toffolo was shoved over by James Bree. 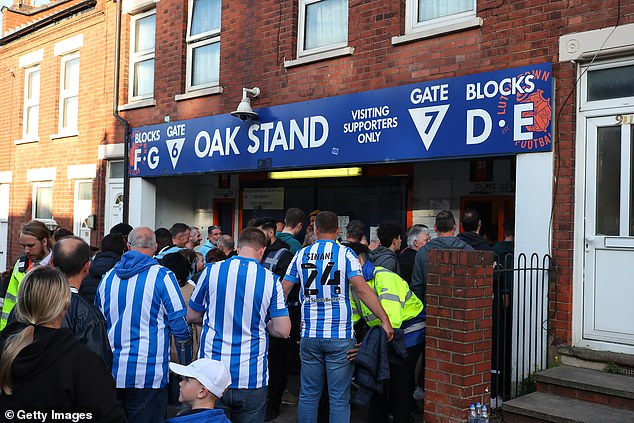 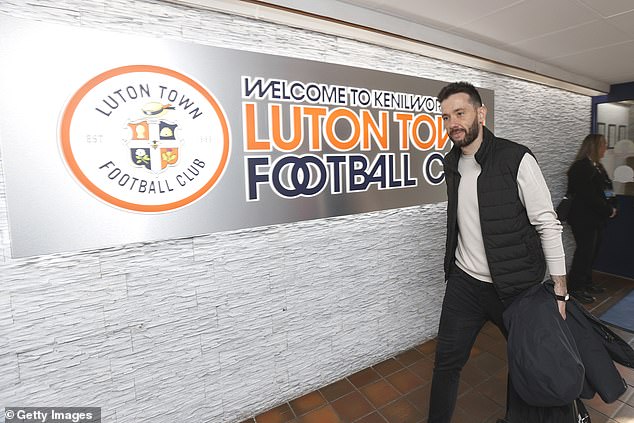 And then Cameron Jerome burst through and tangled with Naby Sarr. Jones felt it merited a penalty and a red card. In between, two decent goals.

Sinani fired low inside the near post before skipper Bradley turned in Kal Naismith's free-kick.

There could have been more but a draw suited Huddersfield better and that was evident in how they took some sting out of this game after the break.

As Luton pressed for more, Carlos Corberan's side found some control. Neither buckled, so on we go.

'Probably it is the fair result,' said the Huddersfield boss.

Over to you, Nottingham Forest and Sheffield United.

Sportsmail's live blog had updates on the Championship play-off semi-final first leg between Luton and Huddersfield.

This news item was provided by the EFL Championship News, Fixtures and Results | Mail Online website - the original link is: https://www.dailymail.co.uk/sport/live/article-10813791/Luton-Town-vs-Huddersfield-Championship-semi-final-2021-22-Live-Result.html?ns_mchannel=rss&ito=1490&ns_campaign=1490