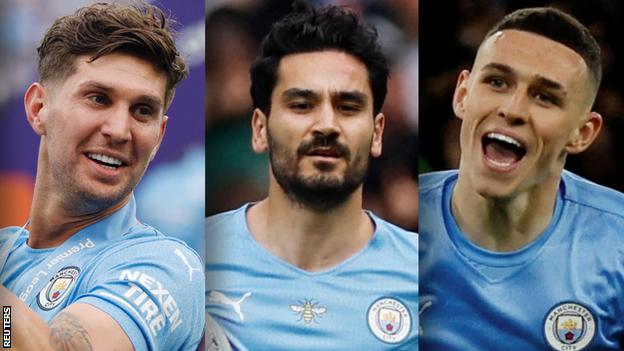 John Stones, Ilkay Gundogan and Phil Foden will miss Manchester City's pre-season tour of the United States because they do not meet entry requirements.

City have not given any further information.

The players will instead train with the club's elite development squad in Croatia for their pre-season.

City play Club America and Bayern Munich in the US before the Community Shield against Liverpool on 30 July.

Aymeric Laporte was not named in the 26-man touring party because he is not fully fit. He will continue his rehabilitation in Manchester.

New signings Erling Haaland, Kalvin Phillips and Julian Alvarez were included, and Oleksandr Zinchenko was also named in the squad despite being linked with Arsenal.

Nathan Ake will also travel after Chelsea, who were interested in signing him, failed to meet City's valuation.

This news item was provided by the BBC Sport - Football website - the original link is: https://www.bbc.co.uk/sport/football/62192412?at_medium=RSS&at_campaign=KARANGA