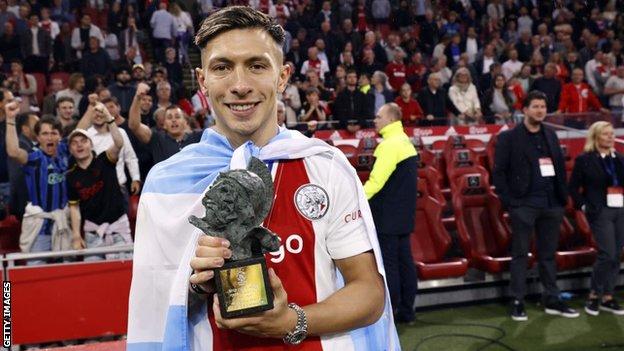 Manchester United are on the verge of completing their third summer signing after agreeing a £45m deal with Ajax for Argentina defender Lisandro Martinez.

United manager Erik ten Hag was keen to be reunited with the 24-year-old, who he signed for Ajax in 2019.

Martinez prefers to play on the left side of two central defenders and Ten Hag appeared to be planning for his arrival with his team selection against Melbourne Victory on Friday, when he moved captain Harry Maguire from his normal left-sided role to the right. 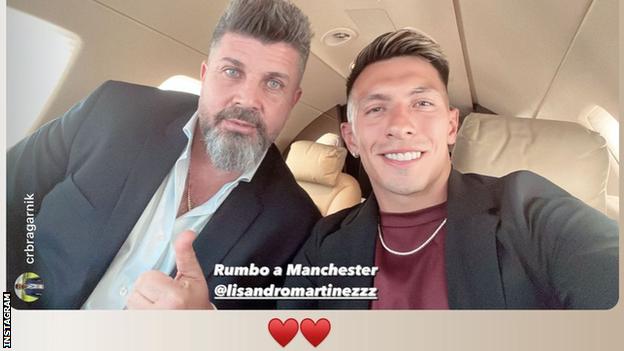 Martinez has flown to Manchester for a medical and to wrap up the remaining elements of the transfer, including getting a visa.

It is thought unlikely he will fly to Australia to play any part in United's current tour and instead will link up with his new team-mates when they return to England on 24 July.

It has been a busy few days for United's recruiting staff.

On Friday, they confirmed Christian Eriksen had signed a three-year contract while efforts continue to lure Frenkie de Jong to Old Trafford from Barcelona.

Dutch full-back Tyrell Malacia was their first summer signing at the start of the month.

This news item was provided by the BBC Sport - Football website - the original link is: https://www.bbc.co.uk/sport/football/62189086?at_medium=RSS&at_campaign=KARANGA