McCarthy happy to be back into the cold at Cardiff

New Cardiff boss Mick McCarthy is delighted to get straight back into football, even if that means swapping the warmth of Cyprus for freezing conditions in south Wales.

McCarthy and his long-term assistant Terry Connor were sacked by Cypriot club APOEL after barely two months in charge but have now taken charge of the Bluebirds after Neil Harris lost his job on Thursday.

Coronavirus restrictions meant McCarthy had to meet his new charges in the club's car park as he now begins the task of assessing the players as they look to regain some momentum and climb the table.

Cardiff dropped to 15th in the Sky Bet Championship after a run of five consecutive defeats - as well as an FA Cup third-round defeat to Nottingham Forest - saw Harris relieved of his duties, with McCarthy brought in on a short-term contract.

"I'm delighted to be back at work at a club as good and as big as Cardiff City and I've taken it to the end of the season," said McCarthy.

"Clubs are all suffering a little bit [during the coronavirus pandemic].

"I'm cool with [the length of the contract] and if I earn a longer-term deal out of it, then good for me. If I don't, it's my fault.

"I guess I've got to earn that long-term deal with my performance and the performance of the players." 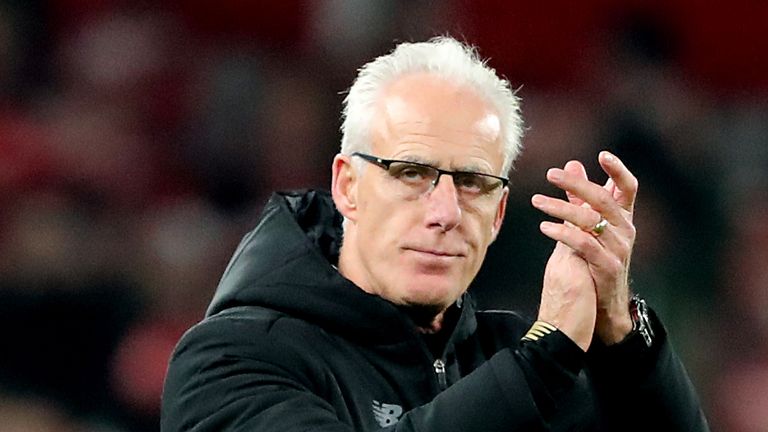 0:49 Matt Jarvis and Clinton Morrison, who both played under Mick McCarthy, believe their former manager will have a big impact at Cardiff.

McCarthy's lengthy managerial CV includes promotions to the Premier League with Sunderland and Wolves, spells at Millwall and Ipswich, as well as two periods in charge of Republic of Ireland.

He must now rebuild confidence in a Cardiff squad that contains some quality players but is lacking in self-belief after such a marked dip in form.

McCarthy added: "I can galvanise a squad that's not achieving what they should. It seems like I am going back to Neil [Harris], but I have already complimented him. He got them to the play-offs when it seemed unlikely and why it goes wrong, I don't know.

"Everybody - and I've said this to the players this morning - has to look around and accept a bit of responsibility and not be, 'my patch is dry, we've got shot of the manager, let's have another go!'

McCarthy: No transfer discussions yet

McCarthy insisted he has not yet spoken to owner Vincent Tan about the possibility of signing players in the transfer window and is instead keen to assess the talent he already has at his disposal while out on the training pitch.

"Bearing in mind, [my appointment] was only completed yesterday and I had my first training session this morning, that's putting the cart before the horse," McCarthy said of the prospect of signing new players.

"I've got to come in and see what players I've got and train with them and see what tune I can get out of those that are here!

"Then we'll discuss [possible transfer targets] when I've been in a few more days." 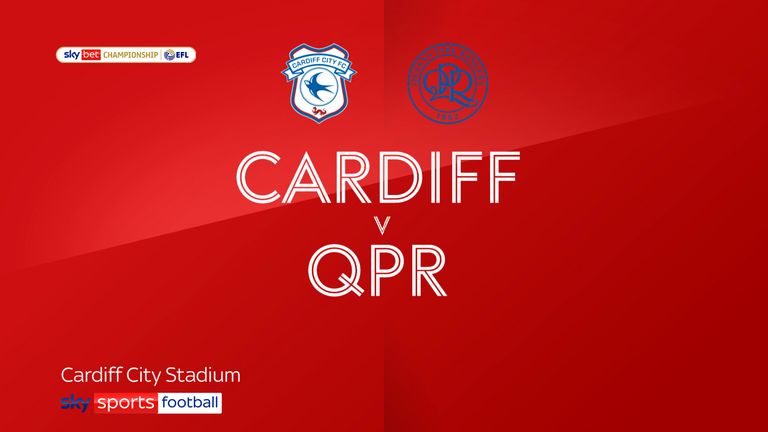 1:59 Highlights of the Sky Bet Championship match between Cardiff and QPR.

McCarthy first worked alongside Connor at Wolves over 12 years ago and he was keen to praise an experienced coach who will once again assist him.

"Terry Connor has been with me since 2008, I believe. At Wolves, he was an integral part of us winning the Championship and playing in the Premier League and he has been with me ever since," said McCarthy.

"He helps me be better at my job and we complement each other well.

"There was never any doubt he was coming here with me and I can assure you the players will benefit from having him here as well."

Back to back Super 6 winners?

This news item was provided by the SkySports | News website - the original link is: https://www.skysports.com/football/news/11688/12196957/mick-mccarthy-new-cardiff-city-boss-happy-to-be-back-in-the-championship-fold-and-into-the-cold

CategoryNews Story Premier League
FA Cup: Cheltenham Town give themselves a chance of a famous win thanks to Alfie May’s finish
FA Cup: What happened in Saturday’s fourth round?