Callum Wilson is keen on returning to the Premier League

Newcastle's £20m bid for striker Callum Wilson has been accepted by Bournemouth.

Aston Villa and Newcastle were locked in negotiations with Bournemouth on Saturday, both making offers for the 28-year-old striker.

However, Villa withdrew their £21m bid, leaving the path clear for Newcastle, after hearing that Wilson's preference was a move to Tyneside.

Wilson is now free to discuss personal terms with Newcastle as he prepares to leave Bournemouth after six years with the Championship club.

The England international has scored 67 goals in 180 Bournemouth appearances since joining the club from Coventry in 2014, with eight of them last season as the south coast club were relegated from the Premier League on the final day.

Wilson has also attracted interest from Fulham, West Ham and Tottenham this summer.

It is understood Bournemouth want Matt Ritchie from Newcastle in a separate deal, but wages may be an issue. 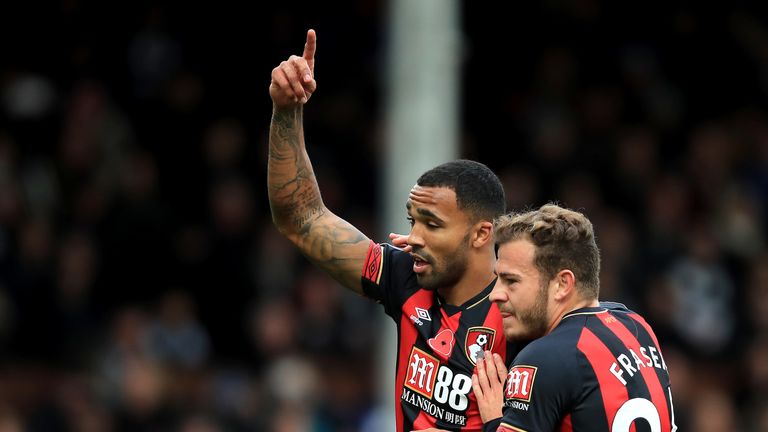 Newcastle could reunite Wilson with his former Bournemouth team-mate, Ryan Fraser, if they can convince the free-agent forward to join the club.

The Scotland international, who ran his contract with the Cherries down last season, was on Tyneside on Friday to meet with Newcastle boss Steve Bruce for talks over a move to St James' Park.

Newcastle are stepping up their efforts in this transfer window, after agreeing a £13.5m fee for left-back Jamal Lewis with Norwich on Saturday.

This news item was provided by the SkySports | News website - the original link is: https://www.skysports.com/football/news/11688/12064958/callum-wilson-newcastles-20m-bid-for-bournemouth-striker-accepted