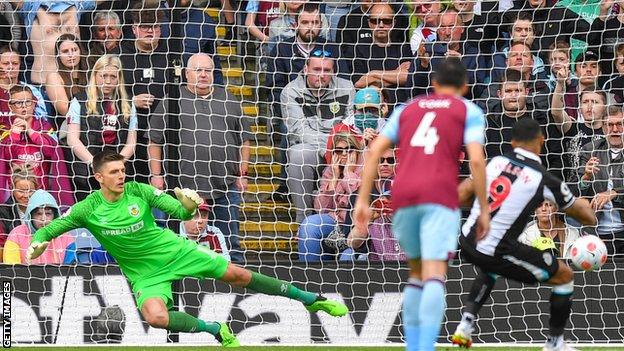 The 30-year-old England international, who has a year left on his contract, would provide Eddie Howe's side with an alternative to Martin Dubravka.

Burnley are due to pay back a portion of a £65m loan because of their relegation from the Premier League.

Pope has eight England caps, with the last in the 3-0 win over Ivory Coast in March, but he was named in Gareth Southgate's Nations League squad.

A move to Newcastle would boost any hopes he had of making November's World Cup in Qatar.

Slovakian international Dubravka, 33, returned from a foot injury to make 26 Premier League appearances last season as Newcastle moved up from the bottom of the table to finish 11th.

This news item was provided by the BBC Sport - Football website - the original link is: https://www.bbc.co.uk/sport/football/61884202?at_medium=RSS&at_campaign=KARANGA