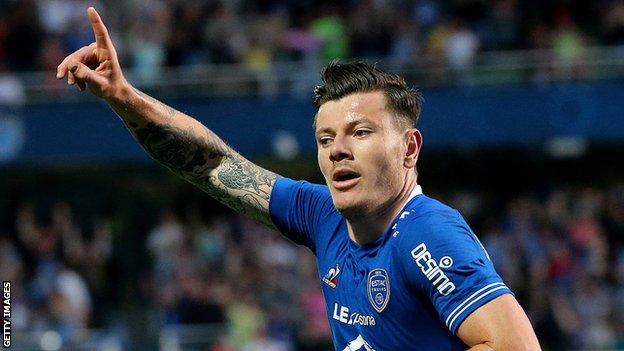 Biancone scored once in 33 appearances for Troyes last season

The Ligue 1 side say the fee, which is a reported £5m, is a record for them.

"He's a versatile defender who is a very strong addition at centre-back or on the right," said Forest manager Steve Cooper.

Cooper led the City Ground side to promotion into the Premier League last season via a Championship play-off final win over Huddersfield Town.

Following the arrival of Manchester United keeper Dean Henderson on a season-long loan and the permanent signing of Nigeria forward Taiwo Awonyi, Biancone is Forest's third major signing of the summer.

He played 33 times for Troyes last season, scoring once and helping them finish 15th in Ligue 1.

"Having spoken to the head coach, it's clear that there are exciting times ahead and I'm looking forward to joining up with my new team-mates and getting started in the Premier League," said Biancone.

This news item was provided by the BBC Sport - Football website - the original link is: https://www.bbc.co.uk/sport/football/62026740?at_medium=RSS&at_campaign=KARANGA