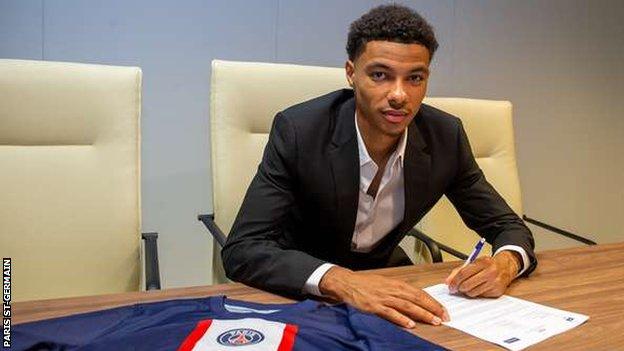 Paris St-Germain have signed Reims striker Hugo Ekitike on a season-long loan with an option to buy.

According to L'Equipe, PSG agreed to sign the 20-year-old outright for 36m euros (£30.6m) but an issue between Ekitike and Reims meant a permanent deal could not be done at this time.

Ekitike scored 11 times in his first full season in the Reims first team.

Newcastle United were in talks over signing the France Under-20s striker but were unable to agree a deal.

Ekitike is the French champions' third summer signing after midfielder Vitinha joined from Porto and left-back Nuno Mendes arrived from Sporting Lisbon, both for a reported £34m.

PSG regained the Ligue 1 title last season but Mauricio Pochettino was replaced by Christophe Galtier as coach after failing to lead the side beyond the Champions League's last 16.

Galtier's first game in charge will be the Trophee des Champions match against French Cup winners Nantes on 31 July before PSG start their league campaign away to Clermont on 6 August.

This news item was provided by the BBC Sport - Football website - the original link is: https://www.bbc.co.uk/sport/football/62197574?at_medium=RSS&at_campaign=KARANGA