Premier League 2022-23: Everything you need to know as new season starts 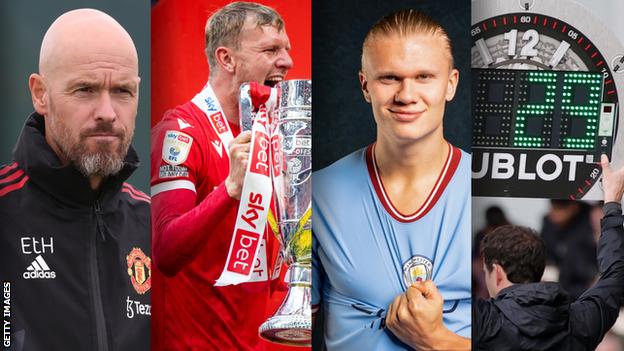 New managers, teams, players and rules are in this season

What is new this season, who are the new faces and how does the winter break work?

The biggest change is that each team can make five substitutions a game, up from three.

The Premier League brought the rule in for the remainder of the 2019-20 season when football returned after the first Covid lockdown in 2020.

While most of Europe's other leagues - and Uefa competitions - kept five subs, English football went back to three.

Now five substitutions will be allowed from a bench of nine players. Teams have three opportunities to use their five subs - plus the option to make them at half-time - after which no more subs can be made.

In another change, the Premier League will bring in in a multi-ball system to reduce delays when the ball is out of play.

There will be 10 balls in total - the match ball, one with the fourth official and eight around the pitch on cones next to a 'ball assistant'.

There are also provisions for games being postponed because of missing players, although the Premier League will assess each team's request on a case-by-case basis.

"Approval will only be granted where the impact of player unavailability on a club's squad is truly exceptional and where the club concerned has taken all reasonable steps to avoid the necessity to make the application," it says.

There is also a new ball...

Nottingham Forest are back in the Premier League for the first time in 23 years, since being relegated in 1998-99.

It took them 8,414 days and 1,069 league and play-off games to get back, beating Huddersfield 1-0 at Wembley in May. No team has spent longer in the Championship before returning to the top flight. 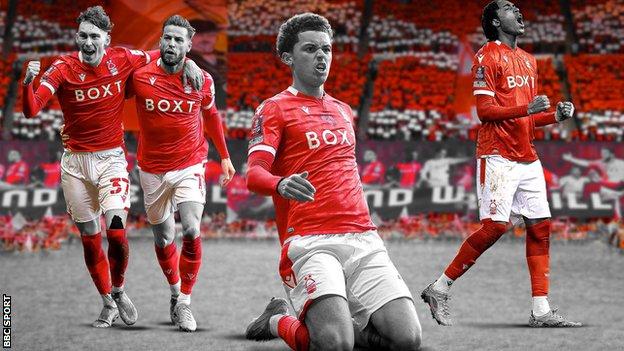 The other two teams coming up have been in the top flight more recently.

Scott Parker and Fulham, who were relegated in 2020-21, are back in the Premier League now - but not together.

Fulham, under Marco Silva, made it five seasons in a row of bouncing between the Championship and Premier League when they secured promotion as champions.

Parker left Craven Cottage for Bournemouth last June and took the Cherries, who were in the Premier League until 2020, up in second place.

One familiar team will be missing, though - it will be the first Premier League season without Burnley since 2015-16. Norwich and Watford went down after only one campaign.

The 52-year-old led Ajax to two Dutch doubles and a third Eredivisie title in his four and a half years in Amsterdam.

United will hope he can help them get back into the Champions League and challenge for a first trophy since 2017.

The 42-year-old, who never played in England, managed England Under-16s and 17s before a two-year spell as Swansea boss.

He took charge at Forest in September, when they were bottom of the table and in the midst of their worst start to a season since 1913, and led them to promotion via the play-offs.

Parker and Silva have managed in the Premier League before, while Ten Hag was the only summer managerial change.

There have been several big Premier League signings this summer, but all eyes will be on Manchester City striker Erling Haaland.

The £51m signing from Borussia Dortmund has scored more than 130 goals in club football and another 20 for Norway. He has just turned 22.

In a first for English football, there will be six weeks without a Premier League game this winter - as a result of the Qatar World Cup being moved to November and December.

There will be no Premier League football between 13 November and 26 December.

Teams are also expected to have more time between their Christmas games, although there will only be two days without matches between 26 December and 5 January.

The season starts a week earlier than last term - Friday, 5 August - and ends a week later - Sunday, 28 May - to fit that break in.

This news item was provided by the BBC Sport - Football website - the original link is: https://www.bbc.co.uk/sport/football/61966887?at_medium=RSS&at_campaign=KARANGA