Premier League: Who are the potential new faces to watch this summer?

The Premier League season has only just ended yet we are already seeing moves in the transfer market as clubs look to steal a march on their rivals before the new campaign.

With a winter World Cup on the horizon, the English top flight kicks off again on 6 August - under 10 weeks away - and there are signs it is going to be a busy summer of business.

Erling Haaland's switch to Manchester City has taken most of the early headlines while Ivan Perisic's move to Tottenham will have their fans excited.

But with the gossip column vibrant and speculation rife about numerous players coming to England from the continent, BBC Sport takes a look at some of the other new faces we could be seeing next season.

Let us know who you want your club to sign this summer in the comments below. 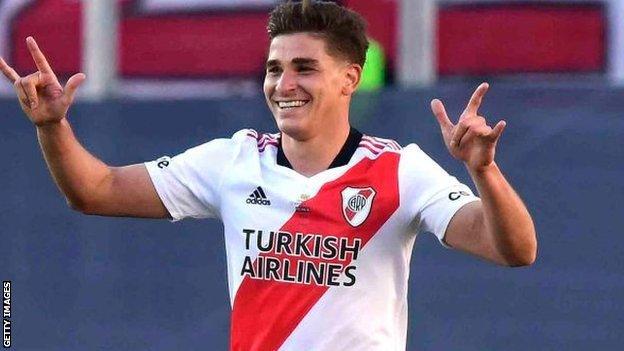 A signing that has been completed, with the Argentina forward joining Manchester City from River Plate in January. He has yet to be seen by English football fans though, after being loaned straight back to the Argentine champions.

Dubbed the 'new Aguero' by some, Alvarez's expected arrival in the City squad this summer will be overshadowed by the presence of Haaland but there are plenty tipping the 22-year-old to make his own big impact in Manchester.

The £14.4m signing, who is predominantly a striker but can play out wide, recently scored six goals in a Copa Libertadores match and has six full caps to his name. 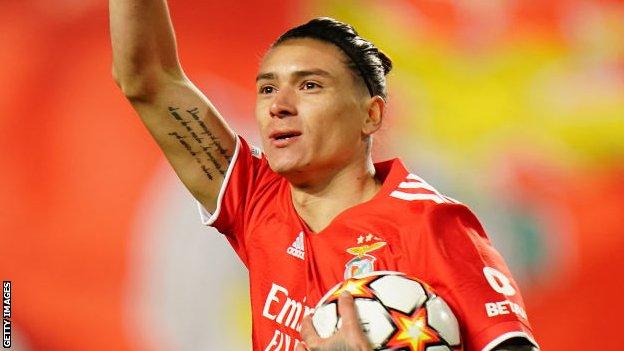 A regular name in the gossip column and a striker undoubtedly attracting interest from a number of Premier League clubs.

The Benfica forward scored 34 goals in 43 games for his club last season, including six in the Champions League, and it is widely reported that he will move on this summer despite having three years left on his contract.

Manchester United, Liverpool, Arsenal and Newcastle United have all been linked with moves for the 22-year-old but he is not going to come cheap, with Benfica reported to want in the region of £100m. 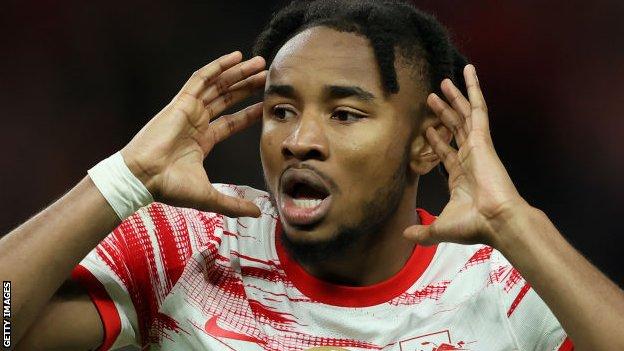 Another hugely exciting forward who could be winging his way to the Premier League.

Chelsea and Manchester United have been heavily linked with the Bundesliga's player of the season after he scored 20 goals and produced 13 assists for RB Leipzig in the German top flight.

The 24-year-old Frenchman is also reported to be a target for his former club, Paris St-Germain, having left them in 2019. 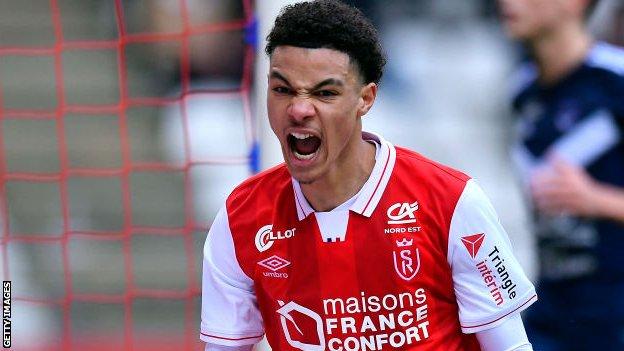 Hugo Ekitike was close to a move to Newcastle in January

Newcastle showed an interest in the Reims striker in January and could well be one of a few Premier League clubs back in for the 19-year-old's signature.

Liverpool and Aston Villa are the latest of a host of English top-flight clubs linked with the France Under-20 forward, who "would probably leave" this summer, according to Reims president Jean-Pierre Caillot.

With 11 goals and four assists in 26 league and cup appearances for the Ligue 1 side, Ekitike is also attracting interest around Europe and is expected to cost in the region of £40m. 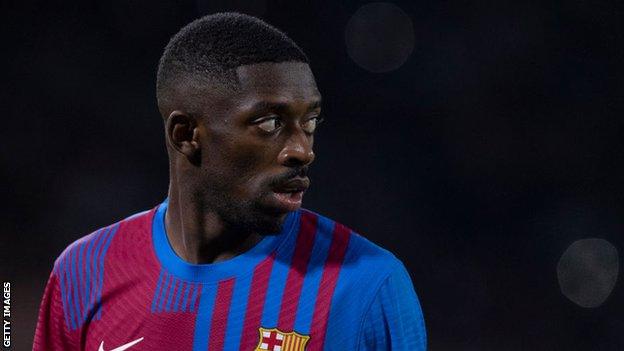 Dembele is another player who has been linked in recent days with Liverpool, who are seeking replacements to cover the exit of Divock Origi and the potential departure of Sadio Mane.

But they will not be the only club to be interested in the 25-year-old Barcelona winger, who is reportedly set on a Nou Camp exit.

With his current Barca deal set to expire this summer and no sign of a new agreement being struck, the France international - soon to be a free agent - has been linked with Chelsea, Manchester United and Paris St-Germain.

Dembele moved to Barcelona for £136m from Borussia Dortmund in 2017, and has produced 13 La Liga assists in 21 appearances since Xavi's appointment as boss in November. 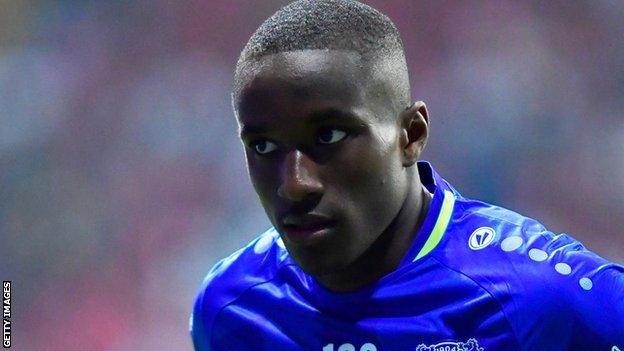 Arsenal and Newcastle have been heavily linked with Bayer Leverkusen winger Diaby in recent weeks following his impressive Bundesliga season.

The 22-year-old France forward has scored 17 goals this season and made 31 goal contributions in 43 appearances, with Leverkusen understandably determined to keep him.

It is reported a fee in excess of £60m would be required to prise him away from the German club.

This news item was provided by the BBC Sport - Football website - the original link is: https://www.bbc.co.uk/sport/football/61632962?at_medium=RSS&at_campaign=KARANGA