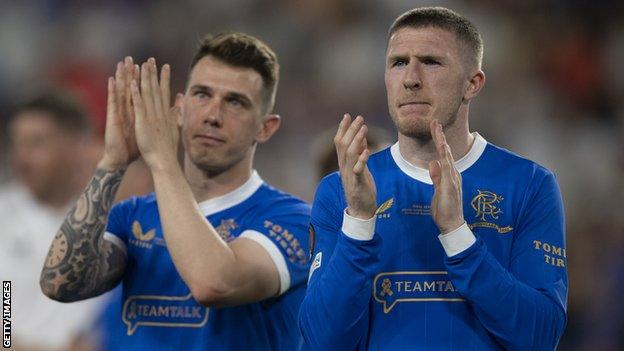 Rangers have been drawn against Royale Union Saint-Gilloise in the Champions League third qualifying round.

The Scottish Premiership runners-up and Scottish Cup winners will be in Belgium for the first leg on 2 or 3 August, with the return at Ibrox on 9 August.

Beaten on penalties in last season's Europa League final, the Ibrox side were seeded for the draw.

Should Giovanni van Bronckhorst's team be unsuccessful in either the third qualifying round or play-off, they will go into the Europa League group stage for a fifth season in a row.

Union SG topped their domestic standings after the first round of 34 matches last season but finished second behind Club Bruges following the six-match play-off series.

It was the club's first season back in the top flight since the 1973, while the last of their 11 league titles came in 1935.

This news item was provided by the BBC Sport - Football website - the original link is: https://www.bbc.co.uk/sport/football/62204153?at_medium=RSS&at_campaign=KARANGA