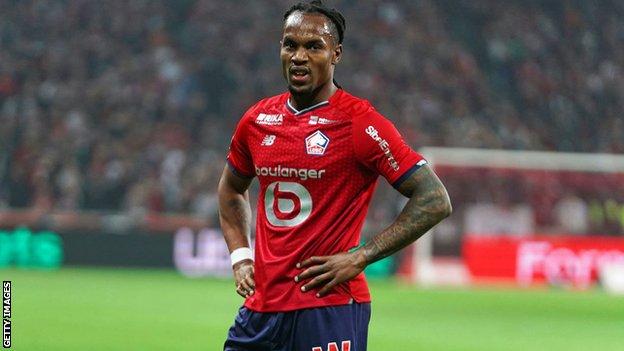 The 24-year-old Portugal midfielder joins the Parisians from Lille, where he won the Ligue 1 title in 2020-21.

He scored six goals in 90 appearances for Lille after signing from Bayern Munich in August 2019.

Sanches briefly played on loan at Swansea City in the 2017-18 Premier League season during his time at Bayern.

The Benfica academy graduate had also been linked with a move to Italian champions AC Milan this summer.

Sanches previously worked with PSG manager Christophe Galtier during their time together at Lille.

He is PSG's fourth signing of the summer with French striker Hugo Ekitike joining on a season-long loan from Reims, Portuguese midfielder Vitinha signing a five-year deal from Porto and France defender Nordi Mukiele moving from RB Leipzig.

He is the third to be announced since the arrival of new manager Galtier, who replaced Mauricio Pochettino last month.

This news item was provided by the BBC Sport - Football website - the original link is: https://www.bbc.co.uk/sport/football/62425936?at_medium=RSS&at_campaign=KARANGA