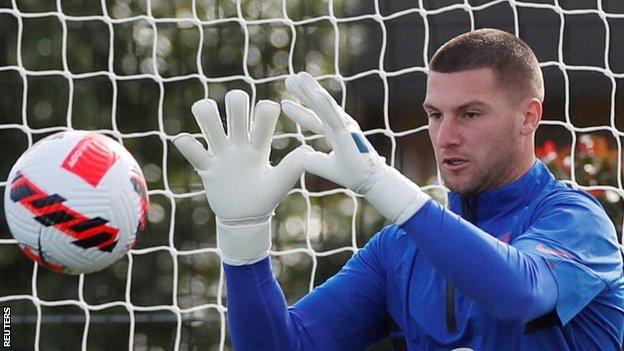 Johnstone made 167 appearances for West Brom after arriving from Manchester United for £6.5m in 2018

A number of clubs have been interested in the 29-year-old, with West Ham particularly keen last season.

However, it is understood Palace are now at the head of the queue, with Johnstone set to become Patrick Vieira's first signing of the summer.

Johnstone's arrival is likely to trigger the departure of Jack Butland from Selhurst Park.

Butland, who was capped by England nine times between 2012 and 2018, has struggled to make an impact at Palace, where the 29-year-old has largely been second choice to Spaniard Vicente Guaita.

This news item was provided by the BBC Sport - Football website - the original link is: https://www.bbc.co.uk/sport/football/61606399?at_medium=RSS&at_campaign=KARANGA