Spence to undergo medical ahead of Spurs move

Djed Spence will undergo a medical with Tottenham on Friday ahead of a £12.5m move from Middlesbrough.

The right wing-back is due at Hotspur Way on Friday, after Spurs agreed a deal that could rise to a total in the region of £20m with add-ons last night.

"The 21-year-old made 46 appearances for Forest last season and there was a chance he might have joined Steve Cooper's side on a permanent deal this summer," said Sky Sports News reporter Mark McAdam.

"But we know Tottenham are desperate to sign him and we know he is desperate to play for Antonio Conte in the Premier League." 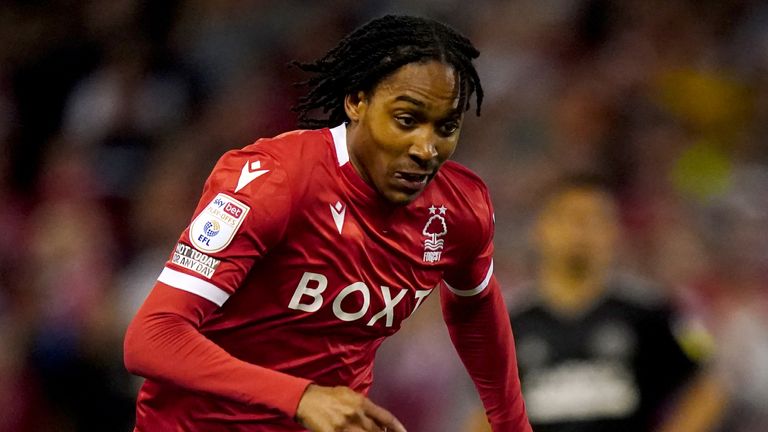 Watch Djed Spence's best bits in an Nottingham Forest shirt from the 2021-22 Championship season, as Tottenham look to secure his signature

Should Tottenham land Spence, he would become their sixth major signing of the season, following the arrivals of Ivan Perisic, Fraser Forster, Yves Bissouma, Richarlison and loanee Clement Lenglet.

How did Spence fare in the Championship last season?

By the start of last season, Djed Spence had already set to work on establishing himself as a mainstay of the Middlesbrough team. He had made 60 Championship appearances before the age of 21 and was impressing along the way.

But then, seemingly out of the blue, he was shipped out on loan to divisional rivals Nottingham Forest, with Isaiah Jones favoured at right wing-back by then-Boro boss Neil Warnock. It was at the City Ground he became hot property.

He wowed Reds fans with his attacking intent blistering pace, crossing ability and penchant for a shot from distance - he won Sky Bet Championship Goal of the Month in March - but also proved he is not a one-trick pony with some impressive defensive showings, too - for context, Forest kept 17 clean sheets in the 39 league games he played, excluding play-offs. 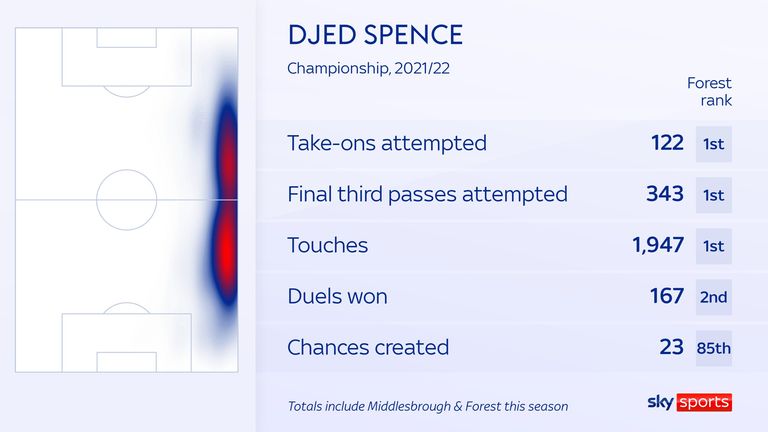 Image: Djed Spence was among the top-performing players in the Championship last season

It was during the run to the FA Cup quarter-finals that he began to pique the interest of several Premier League teams, though, with Arsenal and Spurs among those said to be interested at the time.

There is, of course, plenty of room for improvement given his age, but it has to be said the loan spell could not have panned out much better than it did. He broke into the England U21 setup as a direct consequence, too.

In the wake of Forest's play-off final win over Huddersfield in May, Spence tweeted Warnock a photo of himself in the Wembley changing room, a cigar in his mouth, a scarf wrapped around his head the trophy at his feet, seemingly aiming a dig at his former manager.

"Well done, Djed - I did say you were Premier League or non-league," he replied. "Glad you listened and took my advice on board now go and enjoy your success."

Something that started out as career advice has become a reality, as Spence is set to start 2022/23 as a Premier League player.

This news item was provided by the SkySports | News website - the original link is: https://www.skysports.com/football/news/11688/12643214/djed-spence-middlesbrough-defender-to-undergo-medical-ahead-of-move-to-tottenham