Birch: "I am leaving Swansea with an extremely heavy heart. I arrived at the club at a very difficult time, but I hope I have provided professionalism, stability and a solid foundation internally" 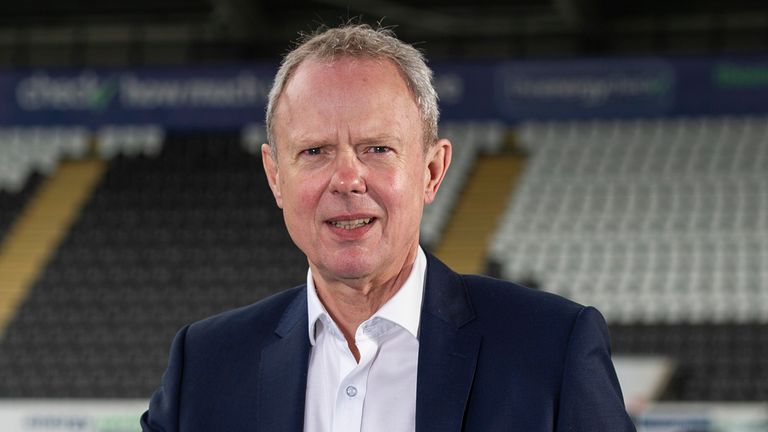 Trevor Birch has his sights on a Premier League club

Trevor Birch has stepped down as Swansea chairman to become Tottenham's new director of football operations.

Birch admitted he would leave Swansea with a "heavy heart", having joined the Welsh side in April 2019.

Birch's appointment at Spurs has led the north London club to create a new football board, led by chairman Daniel Levy.

The board also consists of Rebecca Caplehorn, who will take on the newly created role of director of football administration and governance, while Steve Hitchen has been promoted to technical performance director.

"I am leaving Swansea with an extremely heavy heart," Birch said.

"I arrived at the club at a very difficult time, but I hope I have provided professionalism, stability and a solid foundation internally which will stand the club in good stead going forwards.

"Steve Cooper, his staff and the players have given us all some great moments this season which will live long in the memory.

"I also can't thank the supporters enough for the kindness and support they have shown me over the last 17 months, and I wish the Jack Army and the club every success going forward. The supporters deserve it. "I would also like to take this opportunity to thank the senior management team and every one of the club's staff who have supported me during my time here."

Birch, a professional footballer who began his career played for Chester and Shrewsbury, had previously been chief executive of Chelsea, Everton, Leeds, Sheffield United and Derby before moving to south Wales.

The 62-year-old was appointed by Swansea's American owners following the resignation of Huw Jenkins two months earlier and with the club dealing with the financial hardship of dropping out of the Premier League.

A Swansea ownership statement read: "We have enjoyed working with Trevor, and we understand during these unprecedented times the desire to be closer to home and family in London.

"Trevor will be missed, and we would like to thank him for his work on behalf of the club over the past 17 months.

"Moving forward, we have great confidence in our management team to continue the momentum we have built heading into the coming season as we work on a new management leadership structure."

This news item was provided by the SkySports | News website - the original link is: https://www.skysports.com/football/news/11688/12061306/trevor-birch-appointed-tottenhams-director-of-football-operations

CategoryNews Story Premier League
Kyle Walker: ‘I made bad decisions’ over lockdown breaches, says England full back
Lionel Messi: Is Barcelona captain and Man City target as good as ever?