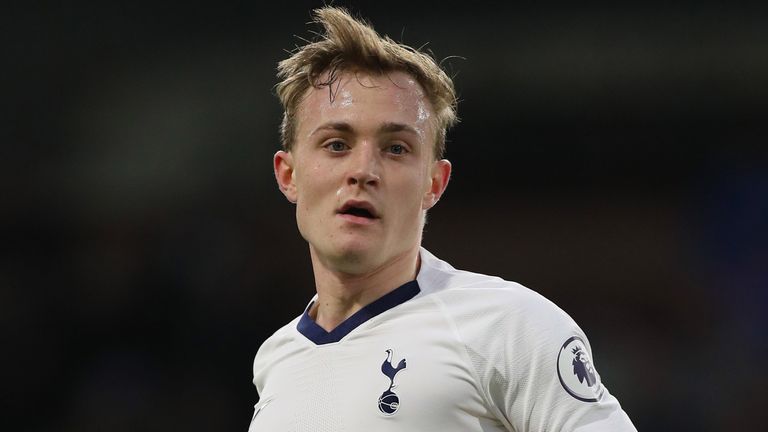 Oliver Skipp is close to joining Norwich on loan

The 19-year-old midfielder signed a long-term deal at Spurs last month, with Jose Mourinho saying he can be a future captain for the club.

But Skipp made only a handful of substitute appearances, and the arrival of Pierre-Emile Hojbjerg from Southampton has further limited the England U21 player's chances of first-team action.

The Evening Standard has reported that Fulham were discussed as an option for a loan deal, but after Scott Parker's side won promotion, it seems that relegated Norwich are now favourites to land Skipp. 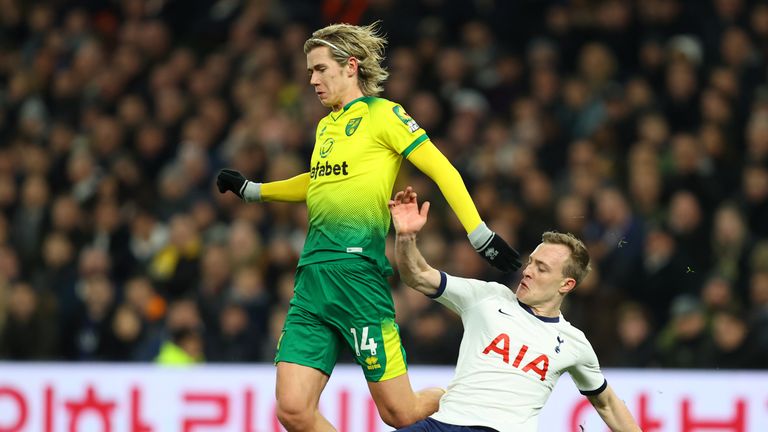 His arrival at Carrow Road could potentially pave the way for Norwich to cash in on his fellow England U21 midfielder Todd Cantwell, who is wanted by a host of Premier League clubs.

Skipp made his debut in the club's 3-1 Carabao Cup win at West Ham in October 2018 and has since gone on to make 21 first-team appearances.

This news item was provided by the SkySports | News website - the original link is: https://www.skysports.com/football/news/11688/12051121/oliver-skipp-norwich-set-to-sign-tottenham-midfielder-on-loan