Sunderland 1-1 Coventry: Alex Neil's side are denied victory on their return to the Championship as Viktor Gyokeres' late strike cancels out Jack Clarke's opener

The last time that Sunderland were in the Championship the best thing they produced was a Netflix documentary. It was never the intention for the series to jump genres from sport to tragicomedy, but their relegation made for captivating viewing.

Current boss Alex Neil would sooner kick a camera than kiss one. This, then, was more to his liking — a gritty draw against a very decent Coventry side to open their first season back in the second tier. No dramas.

Yes, they conceded a late equaliser after Jack Clarke had given them an early lead, but Neil had no complaints with the outcome. You do not come up against Sweden internationals such as Viktor Gyokeres in League One and he was the reason Coventry left with a share of the points. 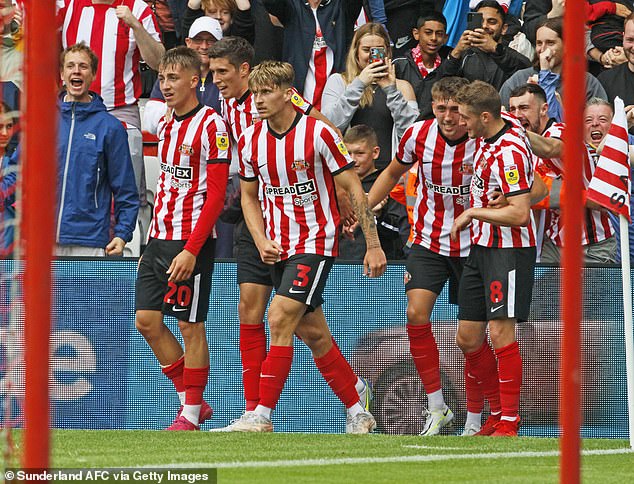 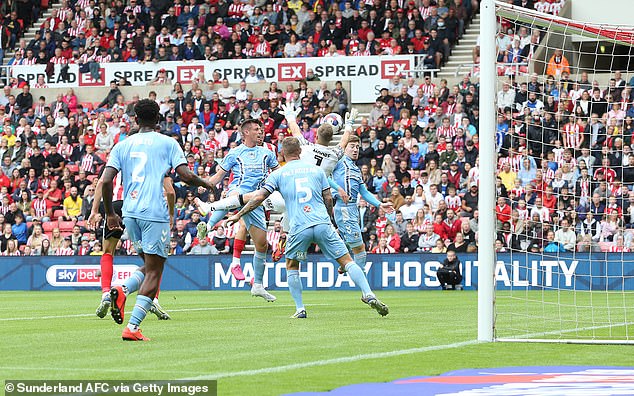 With six minutes to play Gyokeres collected the ball 25 yards out, beat two men and slammed into the bottom corner. He made the incredibly difficult look ever so easy. That is why the likes of Fulham are interested in the 24-year-old, who is valued at £10million.

So, how important is it for Coventry to keep him beyond this summer?

'Don't you start, dear me. It's only game one!' said boss Mark Robins. 'But you're always at the mercy of predators, aren't you? Even the top clubs have to sell players and rebuild. We're always looking at what's next, it's the nature of the beast.'

But how good is Gyokeres? 'He's rubbish!' quipped Robins, as quick as his striker had been in executing his goal. 'He's not the finished article but he has some unbelievable ability — power, technique, everything in his locker.

He's got that desire to score goals. The supporters love him.' 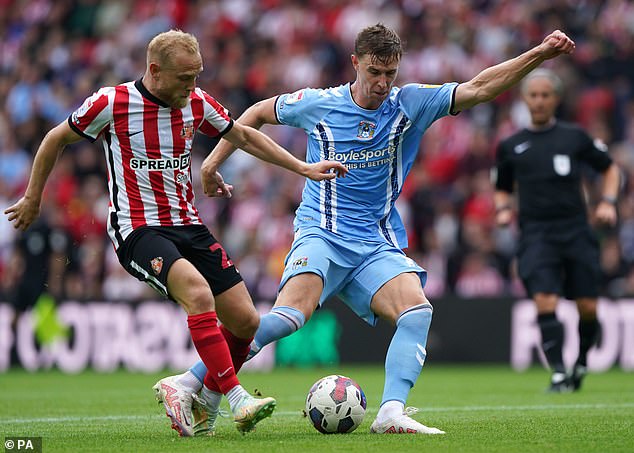 Neil said: 'Gyokeres is the difference. If he doesn't get that pocket of space, turn and bang it into the bottom corner, everyone is talking about how much of a great result it is for us.'

The Black Cats boss has one or two star turns of his own, however.

Among them is scorer Clarke, signed from Tottenham in the summer after a loan spell. The winger put the whizz in wizard at the end of last season as his dribbles helped carry the team to Wembley and play-off glory. Turns out he can use his head, too. 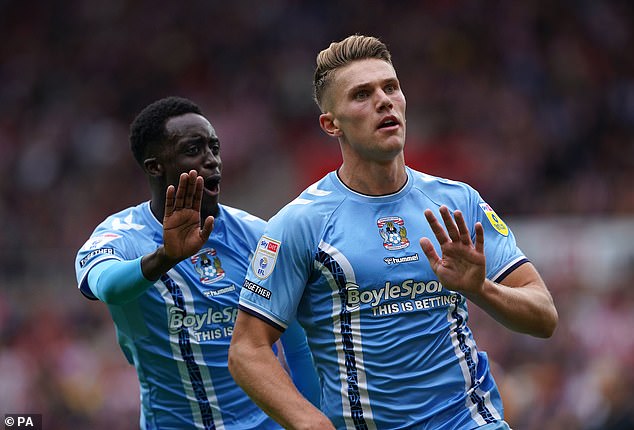 Clarke was not favourite to win the ball when Lynden Gooch hung a cross towards the far post on 12 minutes. There were two sky blue jerseys in attendance, but they had their heads in the clouds. Clarke duly used his own to nod in from a few yards out.

With opening day adrenalin fuelled further by the goal and the sound of 40,851 frenzied supporters — the Championship's biggest attendance — Sunderland set after a second. Clarke nearly had it when his shot was smothered by Simon Moore on 23 minutes.

But as the buzz left the legs of those on the field and morphed into a hum of unease in the stands, Sunderland's lead looked ever more fragile.

Coventry left back Jonathan Panzo, a 21-year-old Nottingham Forest loanee, rattled the bar from fully 40 yards before the break and, not long after it, Matty Godden steered the wrong side of the post with only home goalkeeper Anthony Patterson to beat. 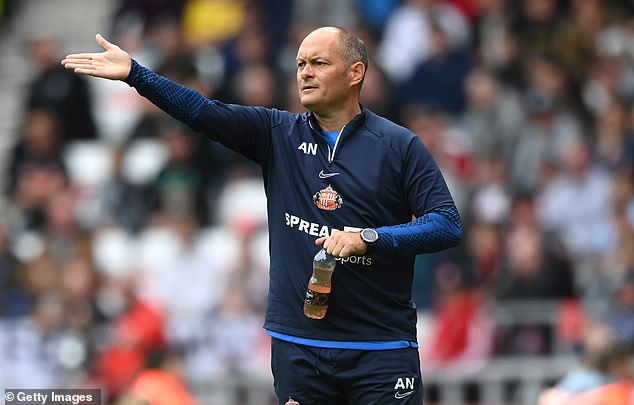 Sunderland put their backs to the wall in the closing stages only for Gyokeres to smash straight through it.

The draw was deserved for the visitors who, if they can hang on to their goalscorer, could even threaten the play-offs.

That will probably be beyond Sunderland after four years in League One. But a routine season of mid-table consolidation would probably suit Neil, especially if it keeps the Netflix cameras away.

This news item was provided by the EFL Championship News, Fixtures and Results | Mail Online website - the original link is: https://www.dailymail.co.uk/sport/football/article-11066487/Sunderland-1-1-Coventry-Viktor-Gyokeres-late-strike-cancels-Jack-Clarkes-opener.html?ns_mchannel=rss&ito=1490&ns_campaign=1490