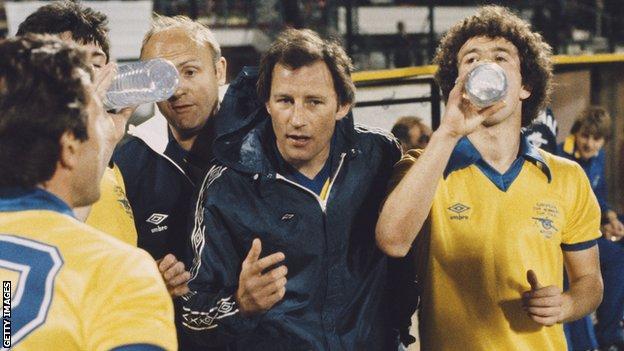 Former Arsenal and Northern Ireland captain and manager Terry Neill has died at the age of 80.

Belfast-born Neill was Arsenal's youngest captain at 20 and played more than 270 games for the club between 1957 and 1970.

Neill was just 34 when he returned to manage Arsenal, steering the Gunners to three consecutive FA Cup finals.

The defender won 59 international caps, including a spell as Northern Ireland player-manager.

He made his first-team debut aged 18 and was soon Arsenal's youngest ever captain, a record that still stands. 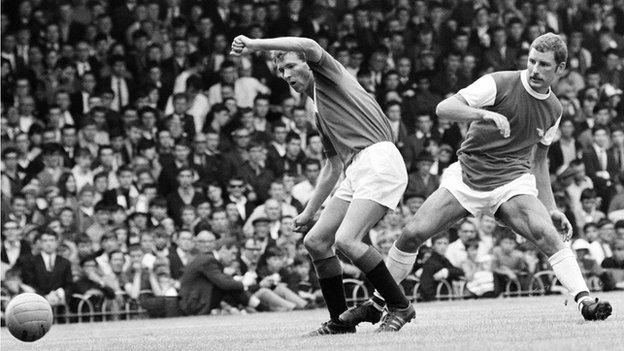 Neill was 28 when he finished his playing days with a spell as player-manager of Hull City.

Asked who was first name on his team sheet while player-manager of Northern Ireland, he famously remarked: "Me! Then George Best and Pat Jennings."

Neill was also proud to be be able to say he scored the only goal of the game the last time Northern Ireland beat England at Wembley 50 years ago.

After a spell in charge at Arsenal's rivals Tottenham, replacing the legendary double winner Bill Nicholson, he returned to Highbury as the youngest manager in the club's modern history.

Signings of star players such as Malcolm MacDonald and Jennings, plus the emergence of outstanding young talent including Liam Brady, Frank Stapleton and David O'Leary, re-established Arsenal as one of the top clubs in the country.

It was then, after appointing Don Howe as coach, he guided Arsenal to those three straight FA Cup finals, winning the trophy in dramatic fashion in the 1979 decider against Manchester United.

Neill then led the team to their third Wembley final in 1980, days before a European Cup Winners' Cup final penalty shootout defeat against Valencia.

Neill retired from football aged 41 after parting company with Arsenal in 1983. He then pursued a successful career in the media. 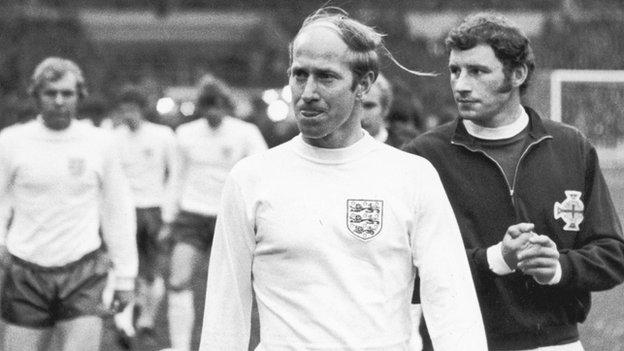 In a statement, Arsenal praised Neill's "combination of tenacity, vision and natural leadership" as a player.

"After impressing at Hull City, Terry was appointed manager of Tottenham Hotspur in September 1974 and in June 1976 made the short trip back to Highbury to take over the manager role vacated by Bertie Mee," the statement added.

"He pulled off a masterstroke by bringing in former team-mate and supreme tactician Don Howe to work alongside him and the Gunners became one of the most effective cup teams in the country.

"Despite not working in football management again, Terry remained a regular presence at Highbury then Emirates Stadium, including being a popular TV pundit and columnist in numerous publications.

"His fantastic contribution - and indeed his character - will always be appreciated by everyone associated with the club. Our thoughts are with Terry's family and close friends at this difficult time."

Former Arsenal and Northern Ireland goalkeeper Pat Jennings said he was "shocked and saddened to hear of Terry's passing".

"He was a great man and a massive influence on my career right from joining the Northern Ireland team back in 1964," Jennings said. "Terry brought me to Arsenal where he gave me two four-year contracts, and he was also my manager at Spurs.

"We enjoyed many memorable moments together including four Cup finals - two FA Cups and a European decider. I'm indebted to Terry for the assistance and support he gave me during my career."

This news item was provided by the BBC Sport - Football website - the original link is: https://www.bbc.co.uk/sport/football/62336286?at_medium=RSS&at_campaign=KARANGA