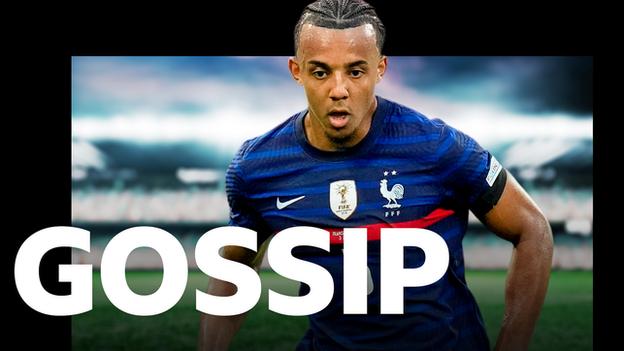 Chelsea's move for Sevilla centre-back Jules Kounde is in danger of collapsing, with Barcelona increasingly optimistic they can land the 23-year-old France defender. (Guardian)

Chelsea have offered Germany striker Timo Werner, 26, to RB Leipzig in order to beat Paris St-Germain to the signing of France defender Nordi Mukiele, 24, from the Bundesliga club. (Foot Mercato, via Metro)

Chelsea are blocking Barcelona from buying Spain left-back Marcos Alonso, 31, and right-back Cesar Azpilicueta, 32, because of the Spanish side's move for Kounde. (Sport - in Spanish)

West Ham have agreed personal terms with Italy striker Gianluca Scamacca and the 23-year-old is set to have a medical prior to completing a move worth £35.5m from Sassuolo. (Guardian)

AC Milan are considering increasing their offer for Club Bruges' attacking midfielder Charles de Ketelaere, who has been linked with Leeds United, in order to get a deal done for the 21-year-old Belgium playmaker. (Calciomercato - in Italian)

Chelsea winger Hakim Ziyech is also a target for AC Milan and the 29-year-old Morocco forward wants to move to the Serie A side. (Calciomercato - in Italian)

Lyon have suggested they are willing to listen to offers for 24-year-old Brazil midfielder Lucas Paqueta, who has been linked with Arsenal. (Metro)

Nigeria striker Victor Osimhen, 23, says speculation about his future is "just rumours" and he is "very happy" at Napoli. (Corriere dello Sport - in Italian)

Barcelona boss Xavi has told Netherlands forward Memphis Depay, 28, he should look for another club after they signed Poland striker Robert Lewandowski, 33, and Brazil winger Raphinha, 25. (AS - in Spanish)

Inter Milan and former Arsenal and Manchester United forward Alexis Sanchez, 33, is considering a move to Marseille. The Chile striker is out of contract at the end of the new season. (Corriere dello Sport, via Sun) 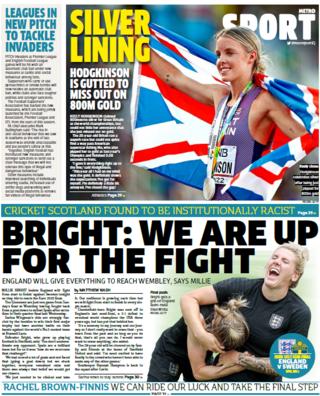 The back page of the Metro

This news item was provided by the BBC Sport - Football website - the original link is: https://www.bbc.co.uk/sport/62295706?at_medium=RSS&at_campaign=KARANGA

CategoryPremier League
Euro 2022: ‘There is genuine belief Lionesses can end wait to reach a final’
Euro 2022: How Sweden can hurt England in semi-final