Thompson reported the incident, which occurred during the second half, immediately to the referee, Jarred Gillett, who spoke with the fourth official before the two individuals were identified and detained.

Birmingham said they would continue to assist the police in their investigations and "firmly support the action taken against anyone found guilty of such abhorrent behaviour".

"We reiterate our zero-tolerance policy towards any form of discrimination. Football's rich history is built upon and stronger for its diversity," the club added in a statement. 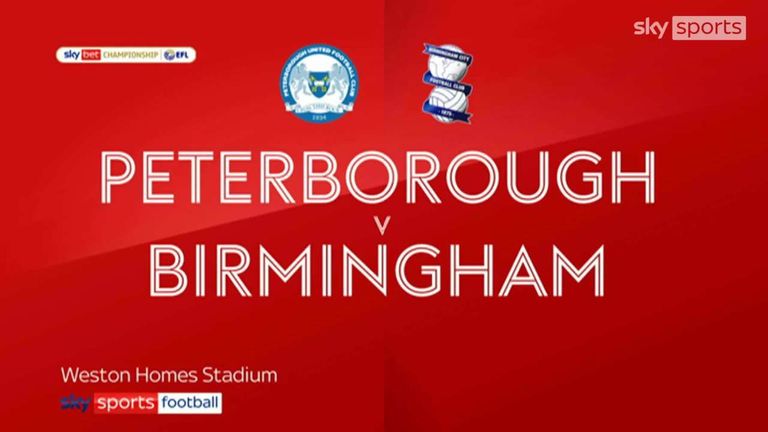 Highlights of the Sky Bet Championship match between Peterborough and Birmingham

Peterborough said in a statement: "The football club condemns any form of discrimination and will work with the authorities."

The game finished in a 3-0 victory for hosts Peterborough as Darren Ferguson's side ended a run of four straight league defeats, while Birmingham slipped to a second loss in four days.

Following a separate Championship match on Saturday, police have launched an investigation into an allegation of racial abuse aimed at Swansea defender Rhys Williams by a Luton Town fan. Image: Rhys Williams was making his second appearance for Swansea since joining on loan in the summer

Swansea, who signed Williams on a season-long loan from Liverpool, said an official report was filed with the match official, Tony Harrington, and Bedfordshire Police at full-time.

"Officers have been to the ground to carry out enquiries and are working with Luton Town to identify the people involved," they said in a club statement.

"Rhys has the full backing of everyone at the football club and we are in dialogue with his parent club Liverpool with regards to ensuring the player has all the support he needs."

Luton said any individual found to have made discriminatory remarks will have the "strictest sanctions" imposed by the club.

In a club statement they added: "Luton Town abhors racism and with our stadium situated in one of the most racially and culturally diverse areas of the country, we are proud of our historical record in fighting it.

"The club has, and always will have, a zero tolerance policy on discrimination of any kind. It is not acceptable towards anyone in football or wider society, either online or in person, and we will continue to work with the police with their enquiries in this matter. We are also offering Rhys and Swansea our full support."

Swansea fought back from 3-0 down at half-time to claim a point at Kenilworth Road. 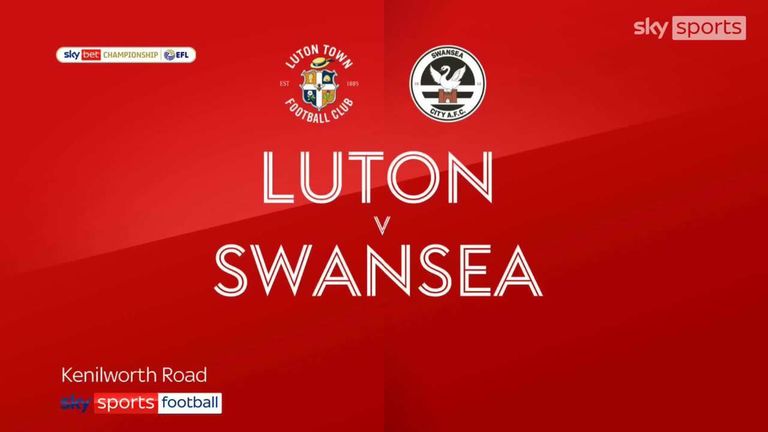 Highlights of the Sky Bet Championship match between Luton and Swansea

If you see a reply to Sky Sports posts and/or content with an expression of hate on the basis of race, sex, colour, gender, nationality, ethnicity, disability, religion, sexuality, age or class, please copy the URL to the hateful post and screengrab it and email us here.

This news item was provided by the SkySports | News website - the original link is: https://www.skysports.com/football/news/11688/12411698/nathan-thompson-two-birmingham-city-fans-arrested-on-suspicion-of-aiming-racist-abuse-at-peterborough-defender