Uefa Nations League 2022-23: Everything you need to know 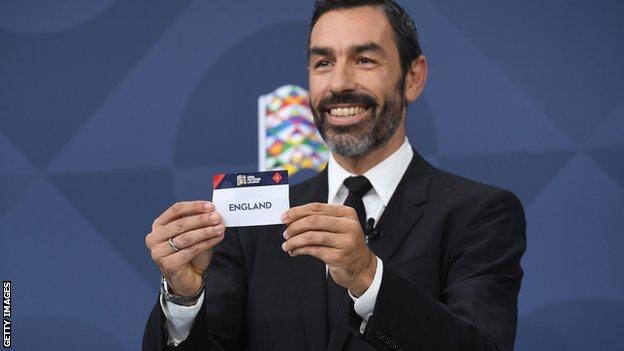 The draw was made on 16 December in Nyon, Switzerland

The 2022-23 Uefa Nations League starts on Wednesday, with all the home nations in action over the next two weeks.

The competition fills the gap created by the World Cup in Qatar moving to November.

England and Northern Ireland play four group games, while Wales have four along with a World Cup play-off final.

Scotland, who meet Ukraine in a World Cup play-off semi-final on Wednesday, face three Nations League matches, including the Republic of Ireland in Dublin.

The Nations League is a biennial competition in its third edition. It was first won by Portugal in 2019 and France are the defending champions after beating Spain in the 2021 final. 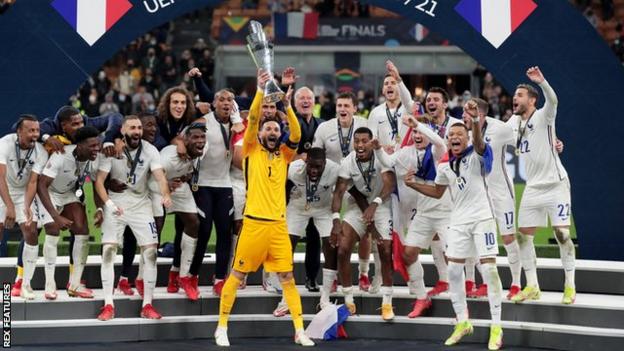 How does it work?

League A - the top division - and Leagues B and C are split into four groups of four, while League D is made up of a group of four and a three.

Teams who finish bottom of their groups in League A and B will be relegated, and those in League C will enter a play-off to decide who drops to League D.

Russia, suspended by Uefa because of the invasion of Ukraine, have already been placed bottom of Group B2. 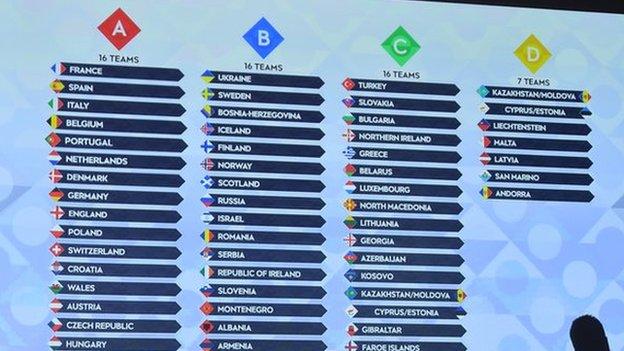 There are 55 Uefa nations, all of whom are in the Nations League, but Russia are not allowed to play their games

When are the games?

There are four rounds of games between 1 and 14 June and the final two matches will be played from 22-27 September.

Wales, Belgium, the Netherlands and Poland have applied to host the finals.

Who are the British and Irish teams playing?

England stay in League A, while Scotland and the Republic of Ireland are again in League B.

*All times are BST and subject to change

What other games are worth following?

All of Europe's heavyweights are in action over the next few days with some playing each other.

Belgium, second in Fifa's rankings, host the Netherlands in Brussels on 3 June.

How does this impact Euro 2024 qualifying?

We don't know yet.

The first Nations League produced all the play-off sides for Euro 2020 - and the second edition provided two play-off places for the 2022 World Cup.

Uefa will announce the format of Euro 2024 qualifying in June.

This news item was provided by the BBC Sport - Football website - the original link is: https://www.bbc.co.uk/sport/football/61607716?at_medium=RSS&at_campaign=KARANGA