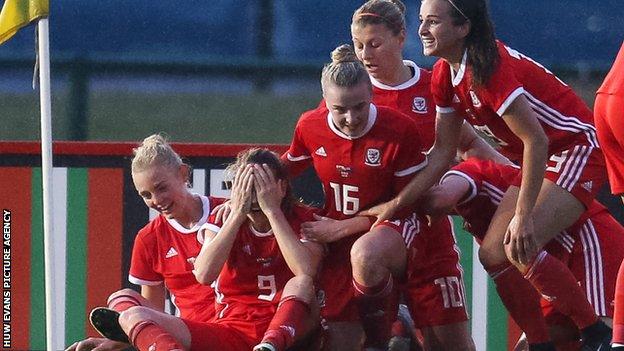 Wales' most capped player Jess Fishlock will miss the friendly against New Zealand later this month as she is given an opportunity to rest.

The OL Reign midfielder will not travel with the NWSL season ongoing.

Orlando Pride midfielder Angharad James is included and could win her 98th cap.

Under-19 goalkeeper Safia Middleton-Patel receives a first senior call-up as part of a 25-player squad for the Tuesday, 28 June match in Pinatar, Spain.

The friendly against New Zealand is Wales' final game before their remaining World Cup qualifiers in September, with Wales travelling to Greece on Friday, 2 September before hosting Slovenia on Tuesday, 6 September at the Cardiff City Stadium.

Gemma Grainger's side are second in their World Cup qualifying group as they bid to reach the play-offs and a first major tournament.

Captain Sophie Ingle and recent cap-centurions Helen Ward and Natasha Harding are included in the squad to face New Zealand.

Harding, who announced her decision to leave Reading, is one of six players in the Wales squad who has ended the season unattached.

Wales will meet for a training camp in Cardiff before the trip to Spain, with several players set to train with the senior squad for the first time, including Arsenal's Bethan McGowan and Cardiff's Phoebie Poole.

Leicester midfielder Hannah Cain will also be part of the training camp as she continues her rehabilitation following knee surgery.

This news item was provided by the BBC Sport - Football website - the original link is: https://www.bbc.co.uk/sport/football/61861007?at_medium=RSS&at_campaign=KARANGA